Typhoon Lan Has It In for Utah Skiers

Typhoon Lan has been rampaging in the western Pacific, reaching a maximum intensity of category 4 on the Saffir-Simpson scale.  It made landfall early Monday morning (local time) in Japan, southwest of Tokyo.  Some spectacular photos of LAN were taken from the International Space Station.

Although half a world away, Lan will have some dramatic influences on the upper-level flow and unfortunately has it in for Utah skiers.

The image below shows the situation at 1200 UTC 21 October (0600 MDT Saturday) when LAN was still south of Japan.  Sea level pressure contours are colored (cooler colors indicate lower pressure) and 500 mb (upper-level) height contours black.  At this time, the upper-level flow over the mid-latitude north Pacific was primarily zonal, meaning from west to east, with a broad trough over the high-latitude North Pacific and Bering Sea. 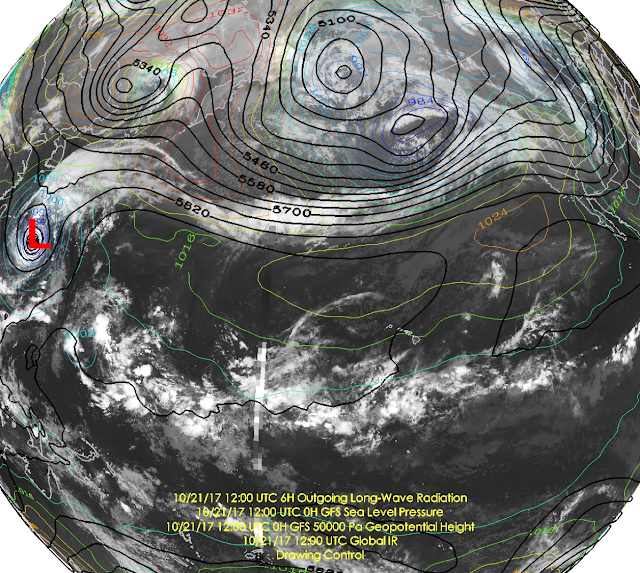 Lan struck its first blow for Utah skiers as it moved northward and across Japan.  During this period, the northward transport of tropical warmth and moisture, combined with condensational warming near and ahead of the system, built a ridge over the western pacific and perturbed the midlatitude flow, which quickly broke down across the entire Pacific basin.  At 0000 UTC 23 October (1800 MDT Sunday), a broad ridge was amplifying upstream of Utah, deflecting Pacific moisture to our north with just a few high clouds spilling across our area. 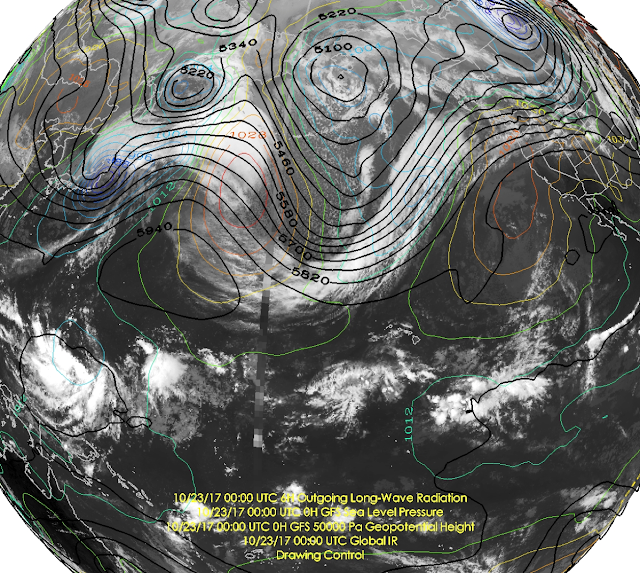 Blow two comes as Lan undergoes extratropical transition and explosively develops as a midlaitude cyclone off the Kamchatka Peninsula.  This encourages further amplification of the large scale flow, which by 0600 UTC 24 October (0000 MDT Tuesday) features a high-amplitude trough along the entire US west coast. 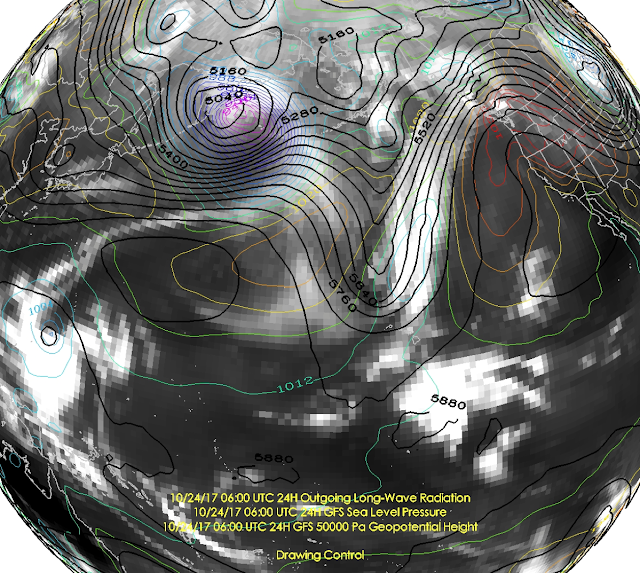 Thus, the beautiful fall weather we will experience in Utah this week comes from Russia with love.  Beware in California, however, as Diablo and Santa Ana winds are possible.

But, Lan isn't finished yet.  Although she weakens weakens, she continues to drift eastward across the Aleutians where the southward flow ahead of her can link up with that associated with a closed low further south and north of Hawaii. 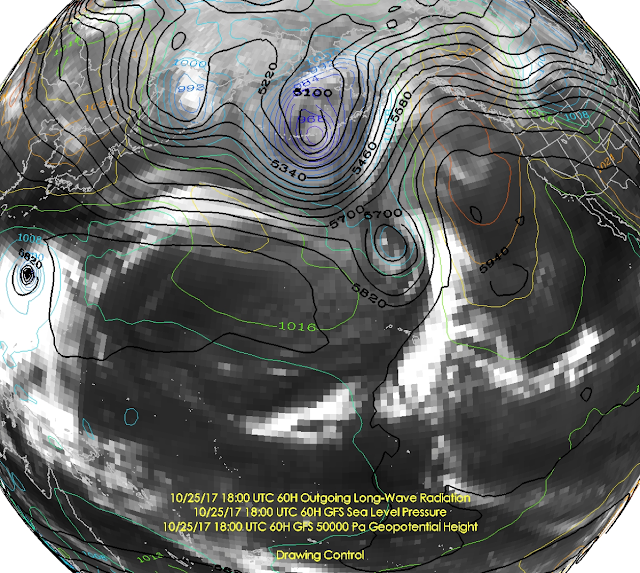 This ultimately leads to a new tap of tropical warmth and moisture that connects well into the tropics and reinforces the west coast ridge. 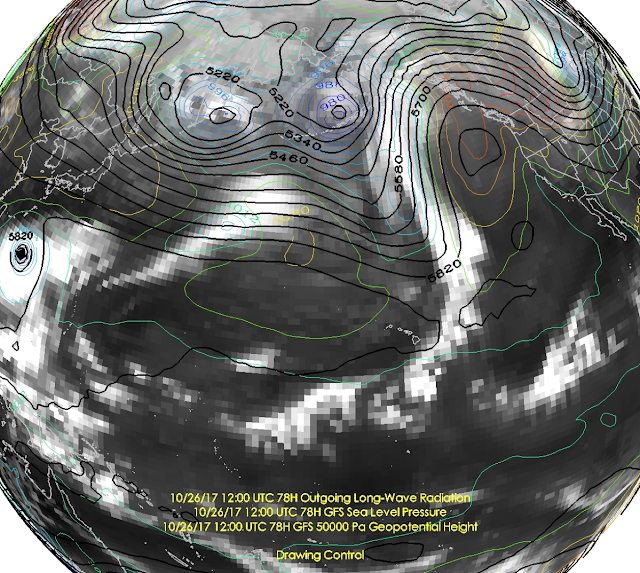 Here's the whole thing in motion.

So, what does this all mean?  Well, it means we won't be seeing any significant snow around here through the end of October.  It means the start of ski season is officially on hold until November.  And it means you should get that bike tune up you've been putting off because you will be spinning instead of skinning.