I found it tough writing this morning, but I felt it best to do something positive, even if my thoughts are elsewhere.

From a snow perspective, there's a great deal going on across the Utahrado nation.  A slow moving, digging upper-level trough has spawned a quasi-stationary band of precipitation that extends across central Utah and northern Colorado.  It is also producing a little lake-effect precipitation southeast of the Great Salt Lake.

These features are apparent in this morning's GOES-16 imagery. 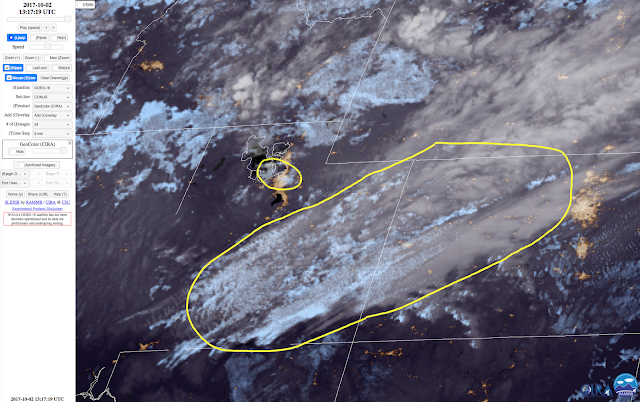 The lake-effect is just a little meteorological eye candy, but the frontal band is delivering big time at upper elevations.  Here's a shot from Steamboat.  Quite a pasting at 10,000 feet. 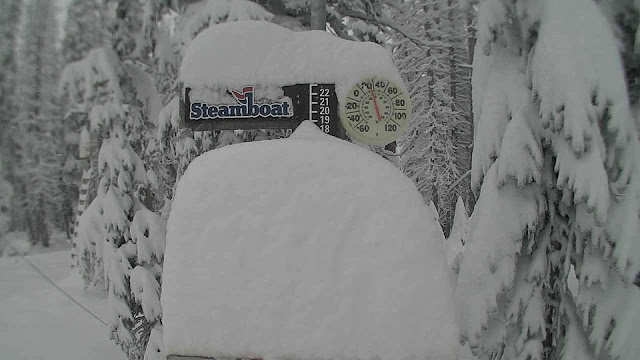 Further, the snow there is likely to continue through the day today.  I suspect there will be some good skiing on the upper mountain later today and tomorrow.
By Jim S Posted at 10/02/2017 07:53:00 AM