Another Waste of a Trough 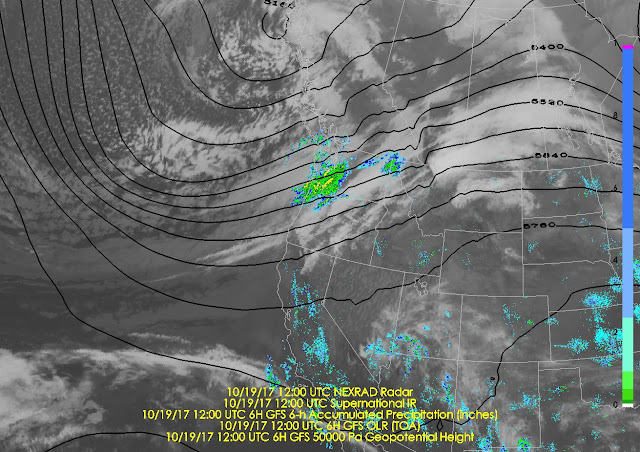 Unfortunately, the system has three things going against it.  One is it's moving into the ridge that is parked over the North American interior.  Two is that it's a fast moving system.  And third, there isn't much of a snowpack currently in the Wasatch, so a refresher doesn't do us much good.

The loop below from the GFS summarizes the first two issues quite well.  Note the weakening of the trough as it moves into the western US and the associated precipitation falls apart and moves quickly across northern Utah.

Our downscaled SREF forecasts for Alta show most members generating under 0.3" of water tomorrow (Friday) and tomorrow night.  0.7" is the upper end.  Most of this precipitation will fall as snow above 8000 feet, but that's still only an inch or two for about half the SREF members, with perhaps up to 6 or 7 inches for the wettest.  I suspect the wet members bring the trough in a little stronger and a bit further south.

So, this will be another waste of a trough for the Wasatch, not providing enough for turns.

If you need to feed the habit with a tour, the Grand Targhee SNOTEL appears to have the highest snowpack water equivalent of any SNOTEL site in the contiguous US with 5.4".  The base of the resort looks thin, but the summit web cam looks inviting.  They also look to do much better than us out of this storm.
By Jim S Posted at 10/19/2017 09:06:00 AM