My knee is still talking to me on descents, and I'm sick of hiking up Snowbird, so I elected to go up to Snowbasin today, bag Mt. Ogden, and take advantage of the Needles gondola for a good portion of the descent.

It's been about 15 years since I've been on Mt. Ogden.  It's quite a peak, with a stupendous view, so I wonder what took me so long for a return visit.


The morning weather at Snowbasin was better than it was over the Salt Lake Valley and central Wasatch where it was raining when I left.  Nevertheless, there were some scattered showers, which made for some picturesque virga shafts. 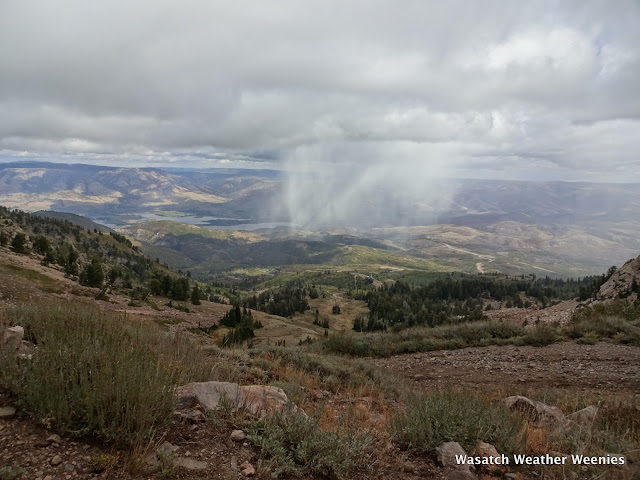 My timing for summiting wasn't great as it was about as cloudy as it would be all day, but I have always liked being on narrow alpine ridges when there is a cool orographic cloud with the base right near the summit.  It creates a cool scene with the clearer skies upwind. 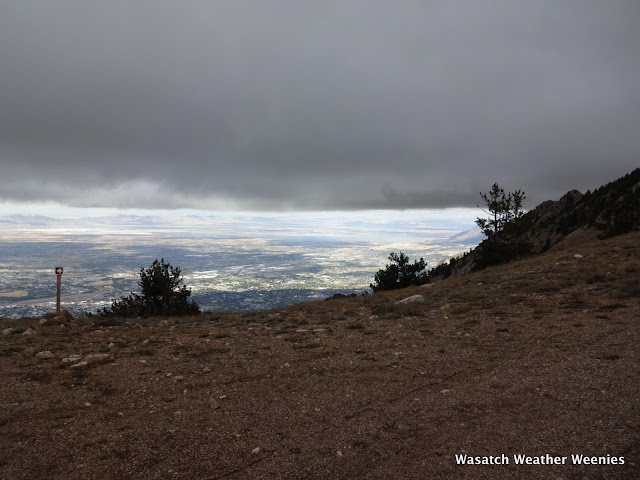 The summit was socked in an frigid.  25ºF with winds gusting to 40 mph according to MesoWest.  I had enough layers for my torso, but could have used a thicker pair of gloves.

As soon as I began to descend off the summit, the skies began to break up a bit.  Here's a view looking southward along the Wasatch spine. 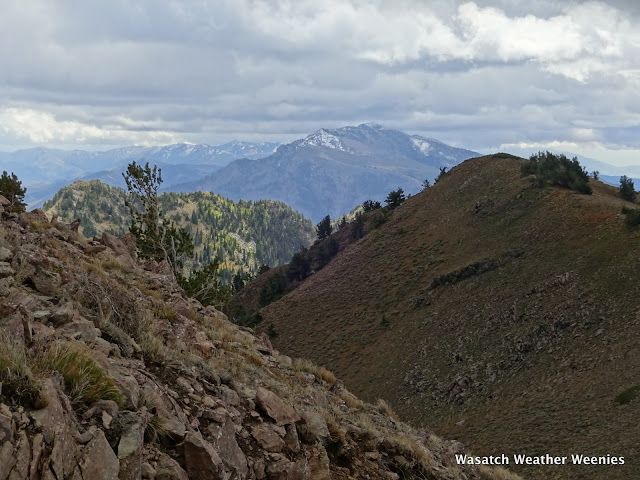