Changing of the Seasons

Below average temperatures in northern Utah have been few and far between the past few months, but the latter half of September has delivered the cool goods.  Since the 14th, we've only had three days with an above average maximum, and even most of the minima have been below average as well.  Simply splendid!

Leaves are starting to go now.  The cell-phone photo below doesn't do them justice as some there are some reds and yellows out there that are really starting to pop. 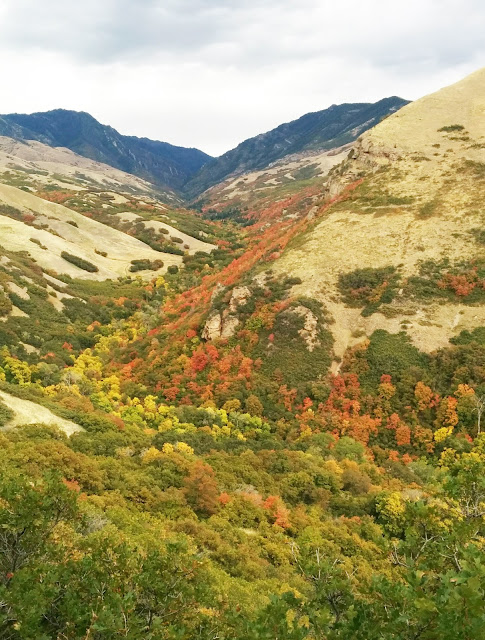 With snow on the mountains, the feel has been more of October than September, but I'm not complainin'