"THIS IS AS REAL AS IT GETS"


That office is in a heavily fortified building designed to survive a hurricane.  I found it quite emotional watching a video late yesterday of them closing the storm shutters in preparation for Irma.
As I write this Saturday morning, Irma is sliding along the north coast and islands of Cuba.  Maximum sustained winds have dropped to 130 mph as it has been weakened some during interaction with Cuba. 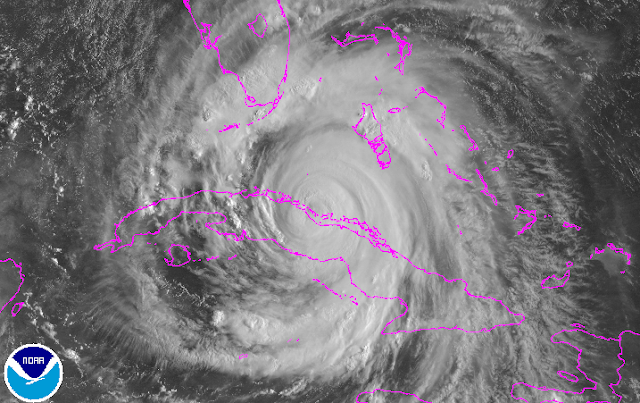 Irma will make landfall in Florida, but where will depend on the track.  The so-called "cone of uncertainty" contains the likely path of the low center, and covers most of the peninsula and immediate offshore waters over the Gulf of Mexico. 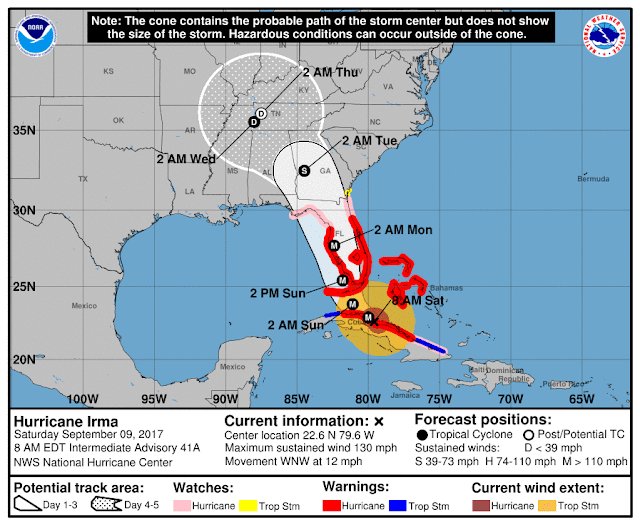 Wind and storm surge impacts will depend critically on the track, and making this forecast especially difficult is the fact that the storm will track along the Gulf coast.