It's Cold, and It's Going to Snow More in the Mountains

Here are some numbers for the Salt Lake City Airport to put the cold of yesterday and today into perspective.

So, what has been most impressive from a cold perspective is yesterday's maximum, which was nearly a record low maximum for the day. Minimum temperatures are below average, but no where near records.

One of the great things about being a professor is having former students visit to take you out into the mountains.  I went out with a couple of my former graduate students today, hiking up to Maybird Lakes.  Yup, it was a cold start, but conditions were tolerable.  On the way up, there were even a few views. 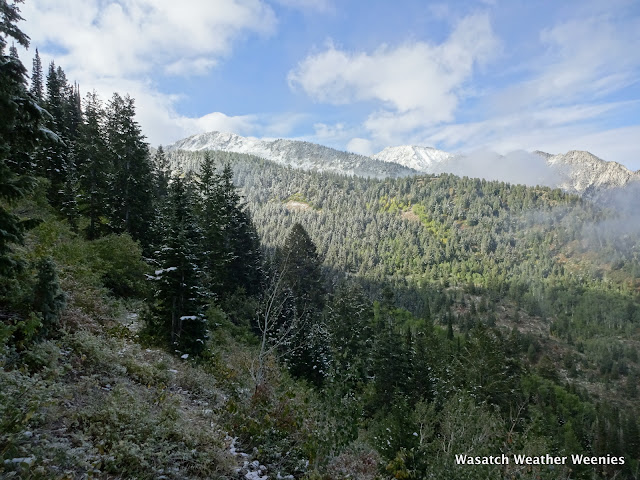 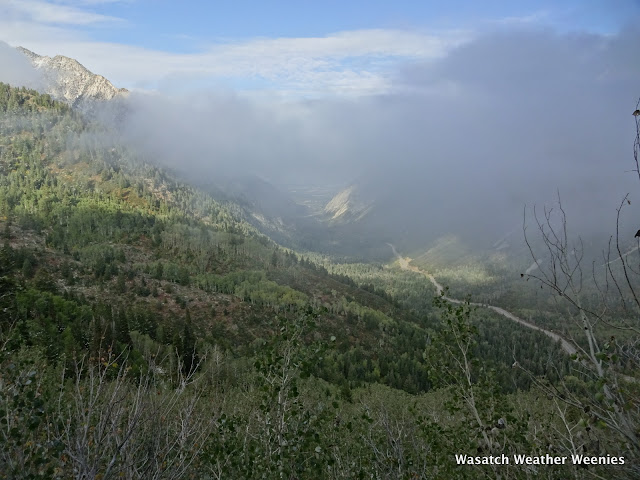 I was surprised, given how cold it is, that the trees in the mid elevations hadn't turned more.  Next weekend will surely be better.

It didn't take long for the stratus to push in.  We got a brief view at the lakes, but things became socked in shortly thereafter. 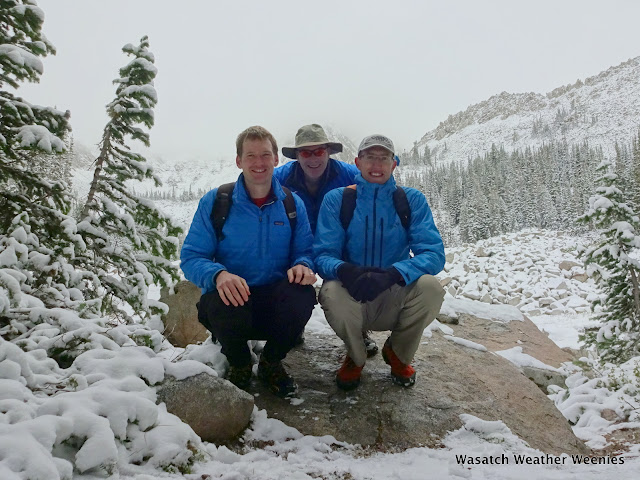 I've been looking at the model forecasts for tonight and they have shifted toward even greater accumulations than indicated on Friday.  The 12Z NAM, for example, is putting out 1.25" of water and about 12" of snow at Alta from later today through late tomorrow.  The GFS is even more jacked, putting out 2.5" of water and 2 feet of snow, although that must be tempered by the fact that the GFS has a habit of going big at Alta more frequently than Mother Nature delivers.

I'm not sure what to expect.  The situation is one in which we're in the so-called "wrap around" precipitation region as the upper-level trough swings through.  This can be an area that does give decent snowfall, but it has to be in the right spot to give Alta a major dump.  At present (2:45 PM MDT), the National Weather Service is going for 2-4"tonight and 2-4" tomorrow at Alta, but I keep looking at the models and thinking we could do better.  Possibly much better.

This is a case of location, location, location and the possibility of a solid foot is there if things come together right.  Time will tell.  Really, snow now is not appreciated.  Early snow almost always turns into mud or, if it survives on shady high-elevation aspects, weak snow.  It would be much better if it held off for a few weeks.
By Jim S Posted at 9/23/2017 03:00:00 PM