Ode to Physics on a Manure Heap

When I was an undergraduate at Penn State, Craig Bohren was my physical meteorology professor and my advisor.  He had two major influences on my career.  First, sometime perhaps late in my junior year, he told me that I had pretty good grades in math and physics and that I should think about going to graduate school.  Up until that time, I hadn't considered it.  In hindsight, it was only a brief comment, but one that completely changed my life path.

Second, Craig taught in a very unconventional way.  The usual approach in physical meteorology is to subject students to long derivations and heinous interpretations of mathematical relations for cloud and radiative processes.  The approach can be very dry and unappealing.  In contrast, Craig almost always began with an example, typically a photo taken on his walks to, from, and around campus, and then insisted that we explain the subject.

One day he came in with photos of manure heaps, and asked us to explain the processes producing the steam (an example of what is known a mixing cloud) and its optical characteristics.   The topic forms a chapter in his classic science-geek book Clouds in a Glass of Beer.  He first taught us how to think and explain observations of the natural world, and then brought in more quantitative, mathematical explanations, which is an approach that I favor and try to employ as an instructor today.

I often think of Craig when I am out walking (I have mentioned him in previous posts) and that was the case this morning.  Back in the day, he had to wait for his film to be developed overnight (or eventually in 1 hour), but we get instant gratification with smart phones.  I find days with spotty frost to be especially interesting as I try to surmise why the front forms in some areas and not in others.  What caught my attention initially this morning was simply the existence of front in patches on my lawn. 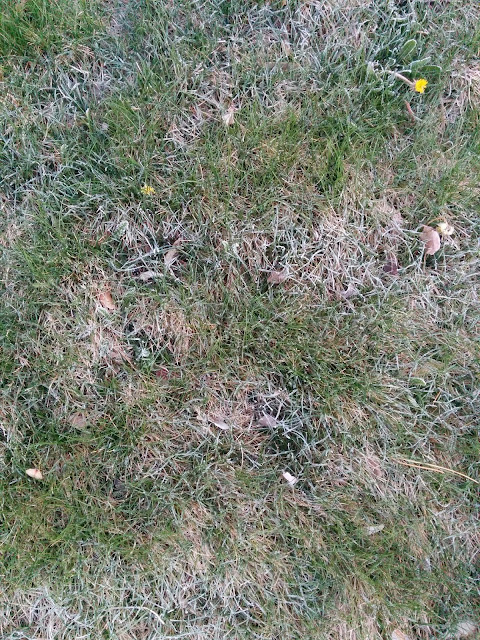 Why was there frost at all when temperatures at the airport did not fall to 32ºF overnight (the low was 33ºF)?  One possibility is that it was colder at my house than at the airport, but I didn't have a thermometer to test this hypothesis.  A nearby observing site above 18th Avenue reported a minimum temperature of 30ºF, as did sites near the mouth of Red Butte Canyon, so this is a possibility.  Another possible contributor is that the temperature at or near the ground is actually colder than the "air" temperature measured at the airport or surrounding observing sites.  Air temperatures are typically measured at 1.5 to 2 meters above ground level or even on buildings.  At night, when a nocturnal inversion is present, the temperature is typically even colder near the ground.  Thus, frost can form at times that the temperature at 1.5 to 2 meters above ground level is just above freezing.

But then we can dig in a bit further and try to explain the patterns of frost on plants and grass.  This is where things start to get really wild.  Here are two interesting patterns that I found.  The first pattern features frost in the middle and at the top of bushy low plants. 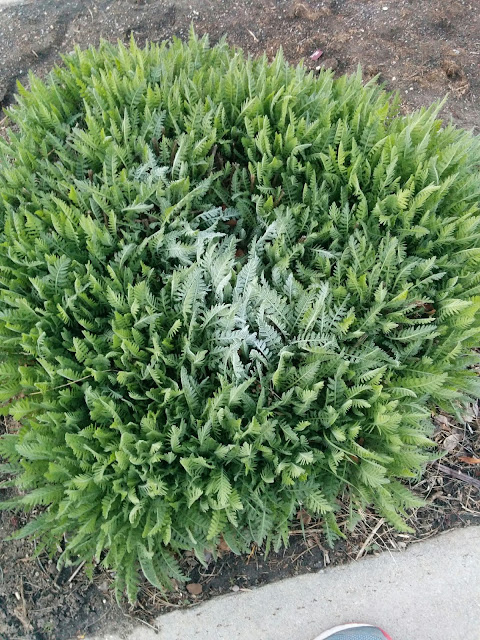 In this instance, I suspect that the entire bush has cooled to below freezing, but frost is forming only where there is both a sufficient source of water vapor (the ground below the plant which has been protected by the sun and experienced less drying yesterday) and weak flow (due to protection from the surrounding leaves) to allow the humidity to rise high enough.  This is, however, pure speculation subject to debate by Wasatch Weather Weenies readers.

The second pattern is a bit more perplexing and features a line of frost parallel to and a few centimeters from the sidewalk.  Does the existence of the deep edge along the grass provide a conduit for deeper soil moisture to escape, but frost only forms when it gets to the grass that is a bit removed from the concrete and thus a bit colder?  I the grass just off the curb slightly higher and thus elevated just enough off the ground to cool sufficiently for frost formation? 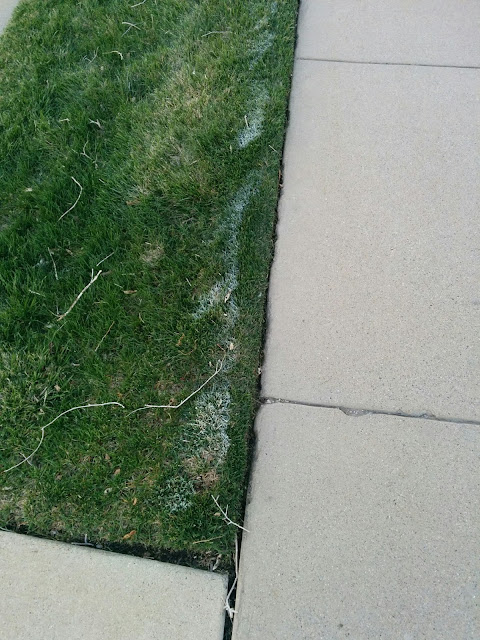 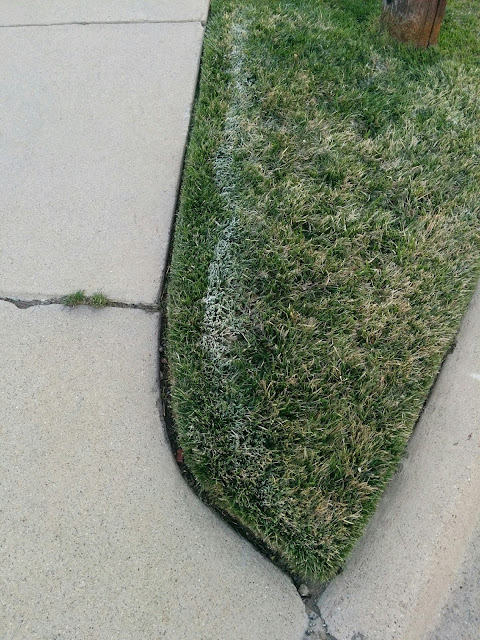 A high-resolution infrared camera would be great in circumstances like this as it would shed light on the temperature part of the problem.  More difficult are issues related to sources and variations in water vapor, which are also very important.