Desperate times call for desperate measures.  I took a look through the archives this morning and discovered that I've done only one post this entire cool season about lake effect.  Despite the phat upper-elevation snowpack, we simply haven't had much of it, despite what the marketers will tell you.

I don't want to get you too excited, but we have it this morning!  It's not much, but beggars can't be choosers.

The band showed up initially in next-generation GOES-16 imagery, which if you haven't seen it you should click over to College of DuPage for a looksee.  GOES-16 is a next generation geostationary satellite that provides unprecedented spatial and temporal resolution imagery.  The animations are amazing and the imagery is a game changer.  Below you can see the initial appearance of a narrow lake-effect cloud band at 1147 UTC (0547 MDT), which was eventually overspread by some colder, mid-level clouds by 1242 UTC (0647 MDT). 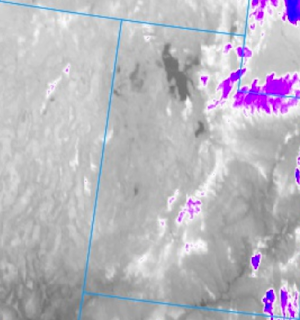 Here's a look at the band just after 1200 UTC (7 AM MDT) as I walked to the bus.  The perspective is toward the southwest, with the Great Salt Lake on the right.  Note the cumulus band at low levels and the wimpy snow showers further downstream.  It's unclear if the mid-level clouds might be providing an assist in the precipitation generation. 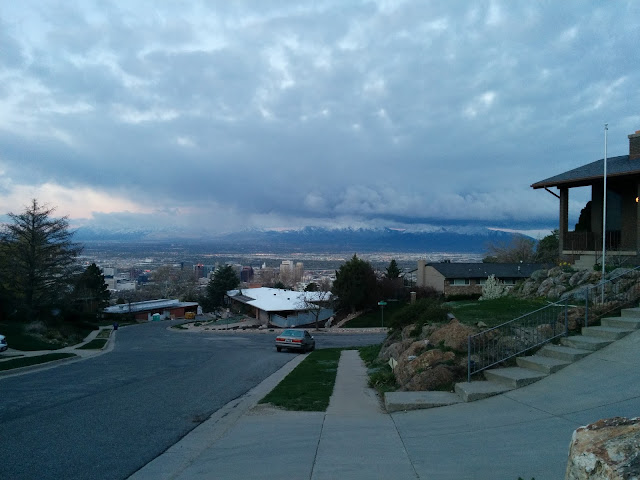 And of course, the radar, with image below for 1323 UTC (0723 MDT).  Not much there, but some of you in the western half of the valley are being blessed with the Greatest Snow on Earth. 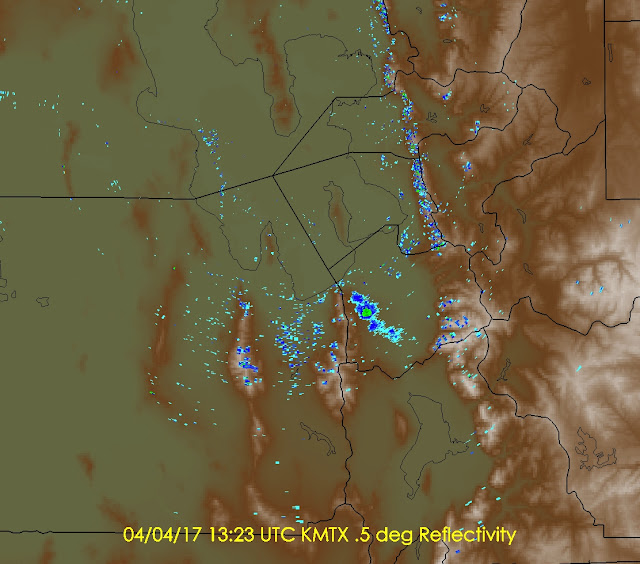