Monday is here, which means time for me to start thinking about evening activities and adventuring next weekend.  The forecasts from today are somewhat tantalizing, dangling the prospects of evening mountain biking followed by freshies for the weekend.  Like everyone, I get excited, but I also know I need to temper that enthusiasm until I see the whites of the storms eyes.

Let's begin with the forecasts for the work week.  Although it will be cooler than average through tomorrow, we'll see a rebound thereafter with upper-level ridging predominating.  The ridge axis is expected to be parked over the intermountain west by late Wednesday, yielding a beautiful afternoon and evening for whatever outdoor fun you'd like to enjoy (other than deep powder skiing). 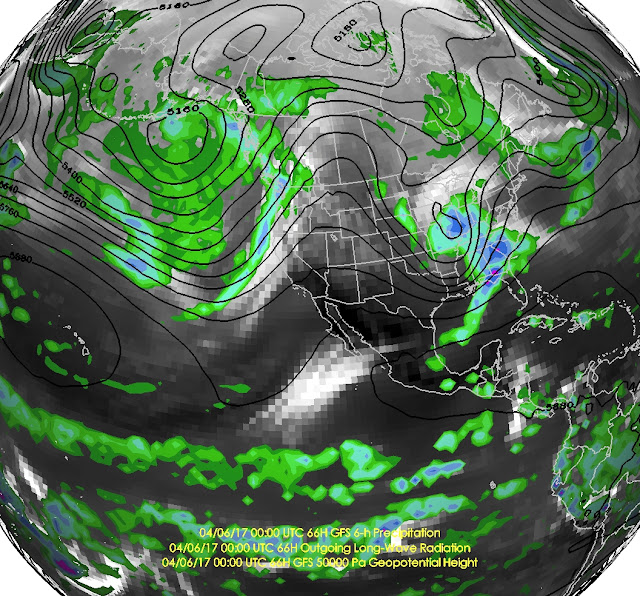 That ridge moves downstream later in the week, when a potentially potent Pacific storm system begins to push into the western US.  The GFS forecast puts the trough axis just off the California coast by Saturday morning, with precipitation over northern Utah. 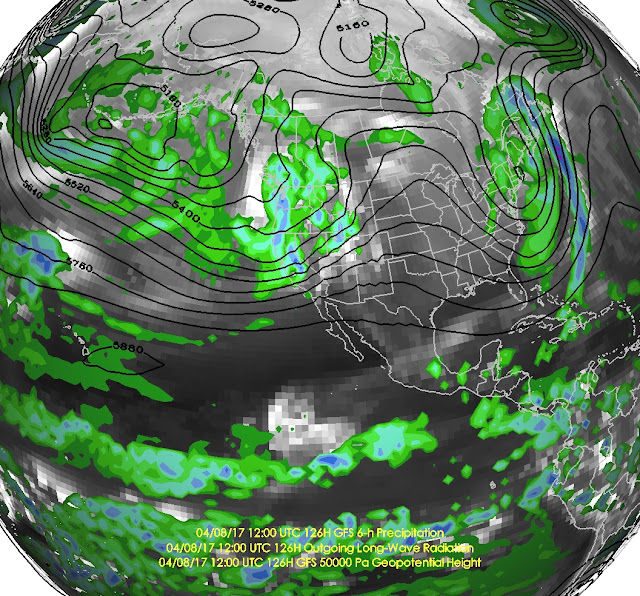 They hype machine will surely kick in for this storm, but a dose of reality is needed.  Sometimes these things come through, sometimes they don't.  Several days ago I saw forecasts for 2.5 to 4 feet of snow for the period encompassing this past weekend.  The problem with forecasts like that is that they endorse a single solution, when in reality the chaotic nature of the atmosphere means there is a wider range of possibilities.

With that in mind, let's take a peek at the NAEFS ensemble for this coming week, which is relatively low resolution, but we use some techniques to downscale the forecasts to account for local terrain effects.  Below is the plume diagram for Alta through 0000 UTC 10 April (6 PM MDT Sunday afternoon).  Some of the members pick up the action as early as about 0000 8 April (6 PM MDT Friday afternoon), others delay it until almost 0000 UTC 9 April (6 PM MDT Saturday afternoon).  Eventually, most produce a decent dump, with a couple calling for a major event with snowfalls of over 40 inches.  There is, however, one member that doesn't give us much at all.  Only a few inches.

The simple fact of the matter is that when we are talking about a forecast for the northern Utah mountains, nobody can guarantee you a deep powder day with 5-6 day lead time.  We can anticipate a pattern shift, but the snowfall is critically dependent on fine-scale forecast details that cannot be reliably predicted at such long lead times.

Let me throw some additional analysis at you based on a paper led by one of my students, Wyndam Lewis, examining the performance of the Global Ensemble Forecast System (GEFS), which is a component of the NAEFS ensemble above.  In particular, we looking at the performance of a single member of the GEFS, known as the GEFS control, in the Pacific Ranges (the Cascades and Sierra in blue) and the interior ranges (mountains of Montana, Idaho, Wyoming, Utah, and Colorado in brown). Dash-Dot/Circle lines are without downscaling, solid/square lines are with downscaling.  The results are based on the equitable threat score, a commonly used metric for evaluating precipitation forecasts, with higher scores indicating greater accuracy.  You can see that in both regions, the downscaling improves the forecasts, however, the accuracy in the interior ranges is consistently lower than it is in the Pacific Ranges.  In fact, four-day forecasts in the Pacific Ranges are as accurate as 1-day forecasts in the Interior ranges.  Basically, the interior west is a damn hard place for medium-range forecasting and you can't expect the same forecast accuracy here as you might find in the Sierras or Cascades. 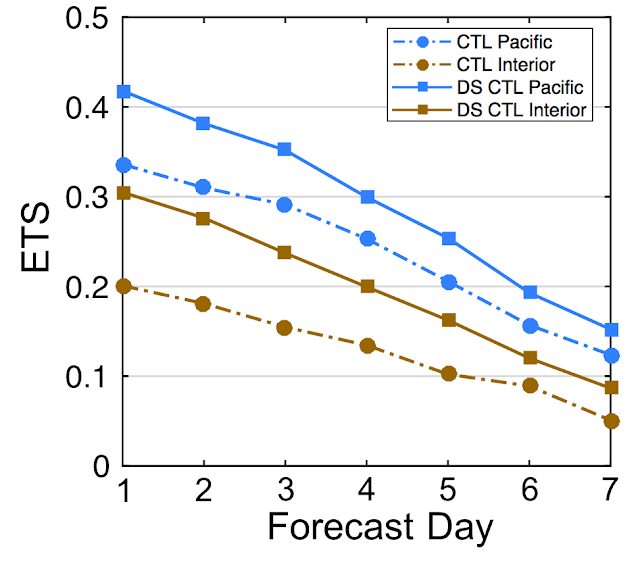 You put all of this together and the reality is that one needs to take a chill pill most of the time when it comes to 5-7 day forecasts for huge dumps in northern Utah.  There may be a few times every now and then when the pattern is so potent that one can have more confidence, but that's not the case for this weekend.  The pattern could come through.  I'm not saying that it won't, but temper enthusiasm with a dose of reality and recognize that at such long lead times, we're looking at a loading of the dice, but that ultimately deep powder is more of a crap shoot.
By Jim S Posted at 4/03/2017 08:41:00 AM