Data released yesterday by the National Centers for Environmental Information shows that 2016 got off to a sizzling start, with global temperature anomalies for January through March blowing away anything previously seen in the instrumented record. 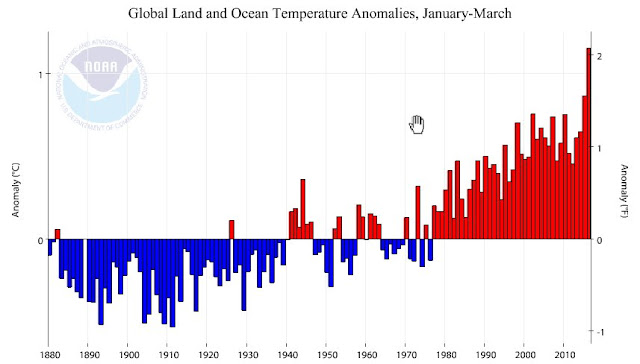 With El Nino weakening and the and an increasing chance of La Nina developing later this calendar year, I have been wondering if 2016 would be warmer than 2015, but the numbers for January through March are so far off the scale that it's looking likely 2016 will set another new record.