How Does PM2.5 Pollution Vary with Elevation in the Salt Lake Valley?

Although the wintertime PM2.5 period is now past us, a number of you have asked how much the air quality varies with elevation in the Salt Lake Valley.  I'll answer this question like a scientist.  It depends.

First, let me note that the best situation for knowing the air quality before you recreate or go outside is to have high-quality real-time monitoring at many locations across the Salt Lake Valley.  The Division of Air Quality does not provide this.  We get data in real time (usually an hourly average with a bit of a delay) from Hawthorne Elementary and that is it.  The air quality can, of course, be considerably different in other areas of the valley.

The University of Utah has recently installed sensors at a few locations as well as on TRAX trains, which helped during this past winter.  There is also the grassroots purpleair.org network.  Overall, these sensors helped last winter, but the coverage remains incomplete and we still still need to vet the purple air sensors, which seem to overestimate PM2.5 concentrations.  There's still more work to be done until we have a good idea about the PM2.5 concentrations in your neighborhood.

With that in mind, let's talk about what we do know about the air quality dependence on elevation?  In January and February 2011, several University of Utah and DAQ scientist collected PM2.5 measurements at several locations in the Greater Avenues area during several poor air-quality episodes.  Twenty-four average PM2.5 concentrations from these locations are plotted below and show that in most episodes there was a trend toward lower concentrations. 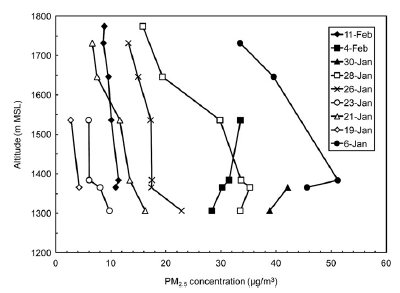 Note, however, that there are variations in the size (and even sign) of the decrease.  In other words, it depends.  In the 4 Feb event, for example, PM2.5 was higher at 1500 m than it was at 1300 m.  In addition, these are 24-hour averages and so they are more representative of the long-term PM2.5 exposure than what you might get when you go outside to recreate at a particular time of day.  In the morning, one sometimes gets clear air near the mouths of the canyons and on the upper benches due to local slope and valley flows transporting air from higher elevations, whereas in the afternoon, those locations are in the gunk.  This leads to a lower 24-hour average, but if you are recreating in the afternoon, you are breathing lousy air.

In addition, there is a tremendous amount of variability in the characteristics of air pollution from event to event.  Much depends on the strength and height of the capping stable layer or inversion and the local meteorology.  For example, there are situations when the pollution is trapped in a shallow layer and the air is much cleaner on the benches than along the valley floor. 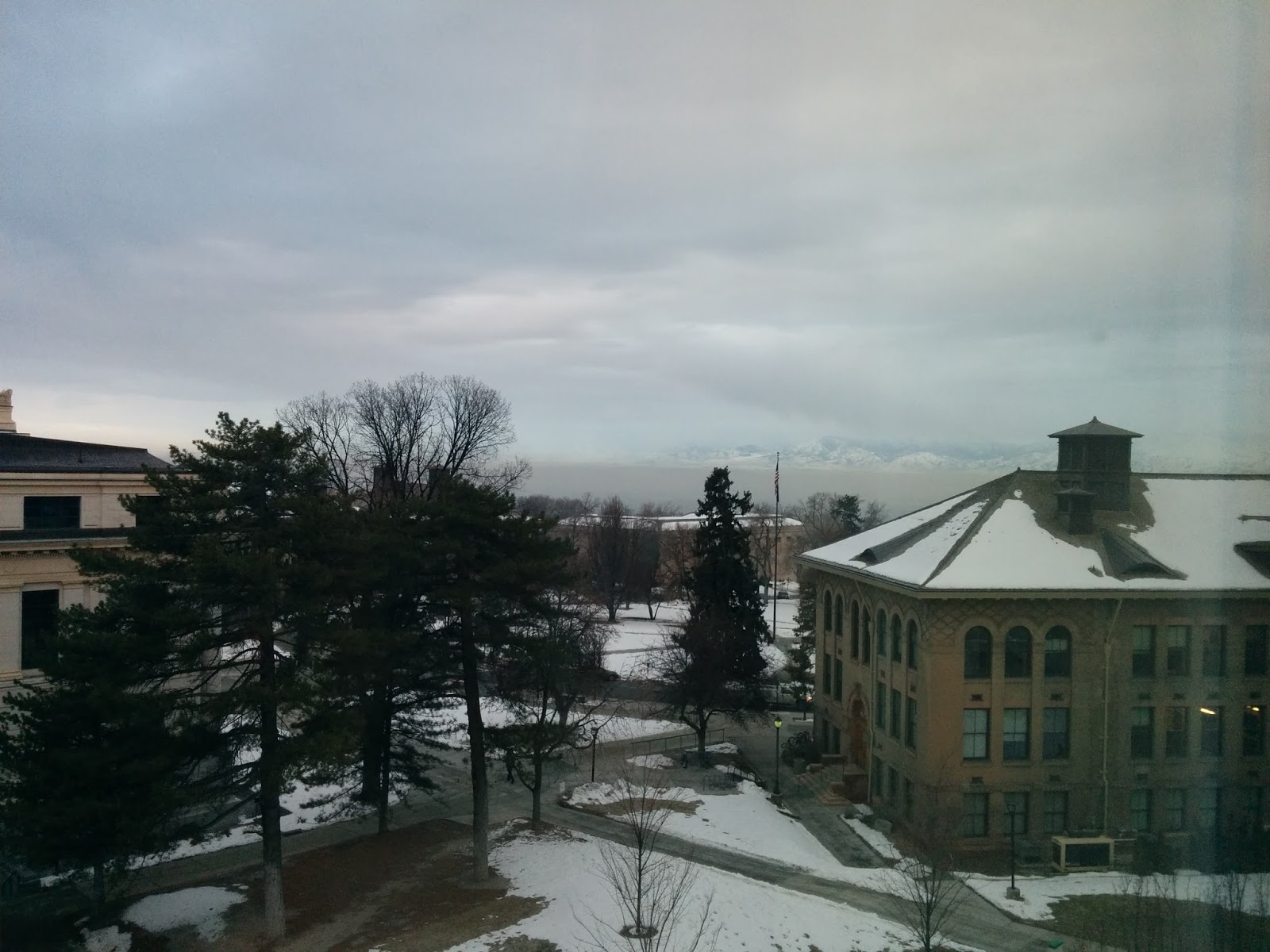 On the other hand, there are times when even the upper-elevation benches are enveloped in smog.

My personal rules of thumb are if I'm above the smog, I recreate without concern.  If I'm in the smog, then I generally assume that the PM2.5 levels on the bench are probably near what they are to those measured on the valley floor and make decisions accordingly.  Every now and then I will identify a situation where the bench PM2.5 levels are not as bad as on the valley floor and I will opt to recreate. Nearly always in these situations I've seen a very recent PM2.5 observation from the U or TRAX line to support this conclusion.
By Jim S Posted at 4/06/2016 01:06:00 PM