In Monday's post, I mentioned that on or about Tax Day we often get some interesting weather in northern Utah.  Well, change is here.  It's not too exciting by spring standards, but it is something to talk about.

This morning a surface cold front pushed through the Salt Lake Valley bringing a few showers.  As I write this, at about 11:45 AM MDT, the front sits right at Point of the Mountain.  North winds with temperatures in the 50s predominate the Salt Lake Valley, whereas in the Utah Valley, one finds south winds and temperatures in the 60s.  Perhaps the weather down there is nice, but BYU still sucks. 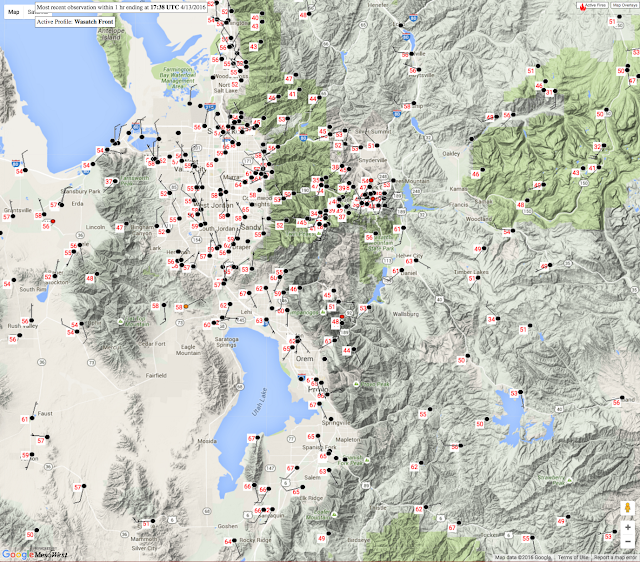 The frontal precipitation band is just to our north, resulting in more frequent shower activity along the northern Wasatch Front, with the Salt Lake Valley getting the occasional brush by shower. 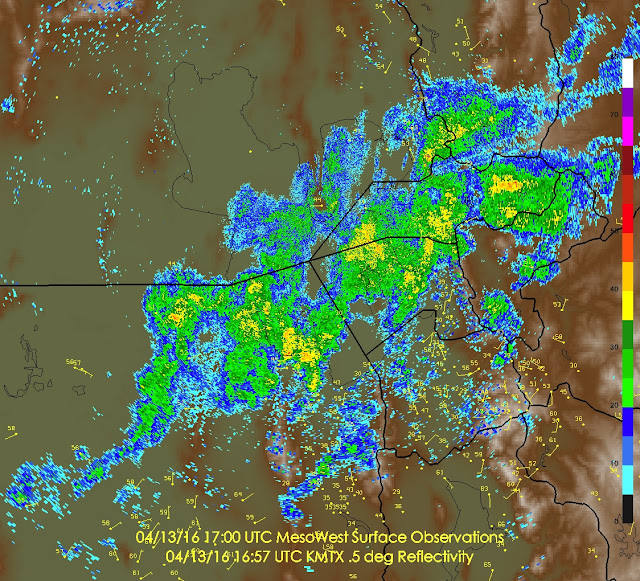 For today, I'd expect some frontal "wobbling" and more precipitation to the north, but still a chance of showers and thunderstorms for the Salt Lake Valley, especially this afternoon.  I remain perplexed as to how things will play out tonight and tomorrow, but am less enthused about the prospects of a deep powder day (or perhaps better put, deep crud day) on Friday than I was a couple of days ago.  There are a couple of reasons for this.  One is that the system has come in several degrees warmer than advertised earlier in the week.  The other is, despite some organization along the front, a prolonged period of heavy mountain precipitation isn't currently being advertised for the central Wasatch.  If we can get some organization over the Cottonwoods, we could be in business, but it's more likely that we'll see periods of snow (rain to as high as 9000 feet today in the central Wasatch if and when it precipitates) through tomorrow afternoon that won't add up to more than 3-6 inches in the upper elevations.  In situations like this, I like to have low expectations and hope for a surprise.

Precipitation amounts will likely be greater to the north today, but with the high snow levels, much of that will fall as rain or extremely heavy snow.  Temperatures at Snowbasin Middle Bowl (7400 ft), despite the periods of precipitation this morning, are currently lingering near 40ºF.
By Jim S Posted at 4/13/2016 12:05:00 PM