Easterly downslopes winds are creating blustery conditions along the east bench and on the University of Utah campus this morning.  Observations at about 8 AM showed strong esterly flow from Parley's canyon north with gusts to 31 in the Avenues, 35 on campus, and 39 at the mouth of Parleys (annotated numbers below are current wind gusts in mph).  Winds are stronger along the east bench than in the canyons and most upper-elevation bench locations. 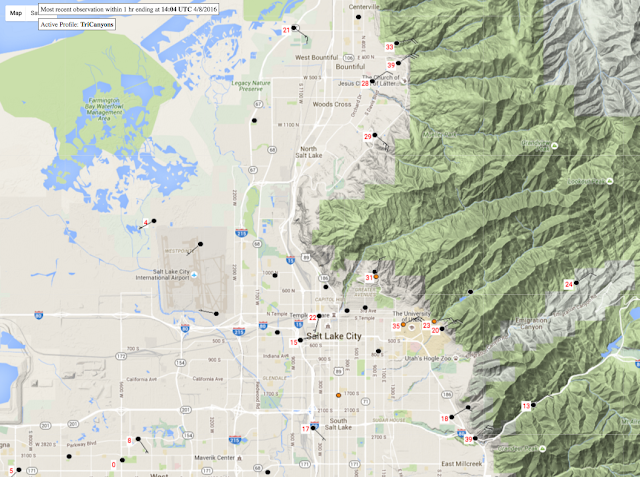 There is also clear evidence of a rotor near the Salt Lake City International Airport.  Note how the easterlies extend to downtown, but the flow at the airport is westerly, as depicted below.

Rotors sometimes feature sub-rotors (smaller-scale circulation centers embedded in the larger-scale rotor), strong wind shear, and turbulence.  I've often wondered if the airport is just far enough west that planes on take-off and approach avoid these features or if its a bumpy ride on days like this.

The cause of these downslope winds is easterly to southeasterly 700-mb (10,000 ft) flow being driven by a closed low off the coast of California and an elongated upper level ridge extending northwestward from Texas to the Pac NW. 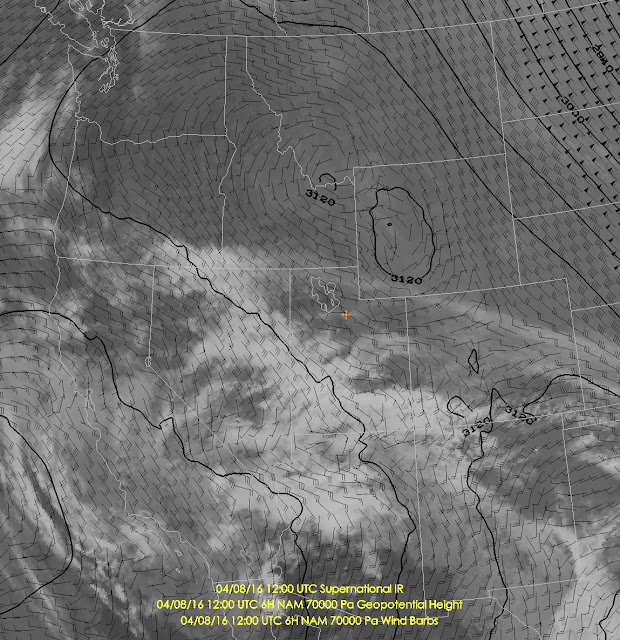