Changes are afoot for early next week as a deep upper-level trough and colder air are expected to settle over the interior western U.S.  The 0600 UTC GFS, for example, parks the trough right over northern Utah on Tuesday with a very encouraging pattern for mountain snowfall.

That same GFS run goes big for precipitation, producing about 2 inches of total water equivalent at Alta from roughly noon on Monday through noon on Wednesday.  Wouldn't that be nice. 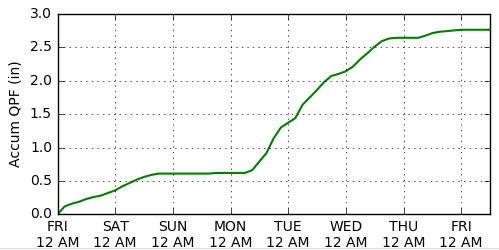 I'm intrigued, but am keeping my excitement in check.  Much will ultimately depend on the track, position, and intensity of the trough and this is the type of pattern that is typically characterized by considerable uncertainty in precipitation amounts.  Most members of our downscaled NAEFS are generating precipitation during the period, but amounts range from about .75 inches to as much as 3 inches of water.  That's a big range and my impression is that the uncertainty might be even greater than indicated. 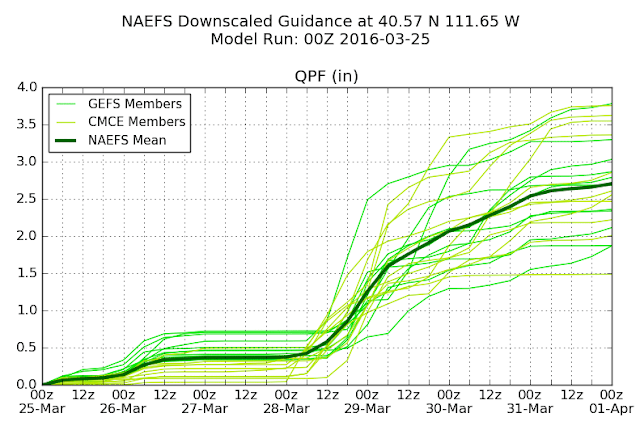 Plus, the EC has the trough further west than the GFS, further illustrating the uncertainty in the details of the large-scale flow.