Note: Blog post has been updated to correctly identify the warmest 10 Feb – 10 Mar period on record. 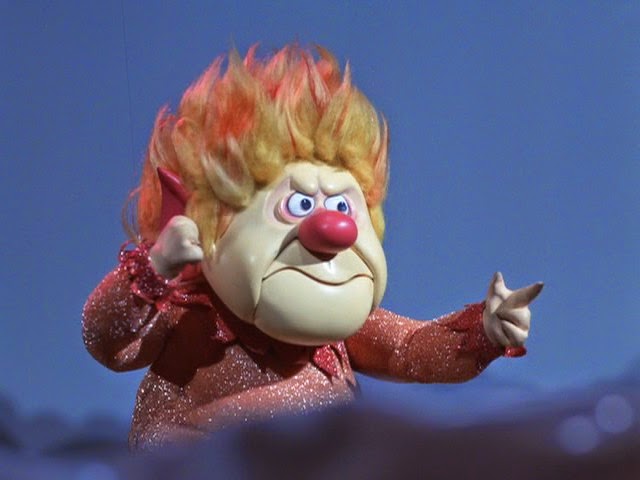 For the second third year in a row, the Heat Miser (pictured above) has taken over northern Utah, bringing in a strong early thaw to the detriment of snow lovers.  From February 10 to March 10 (yesterday), the average temperature in Salt Lake City was 44ºF, making that period the 6th warmest on record.  Last year 2014 was the warmest such period on record.

The warmth has ended cross-country skiing at Mountain Dell and along many (but not all) of the trails in the Park City area.  We had a decent corn cycle and a fortunate burst of powder a few days ago, but by and large ski conditions are similar to what we might expect in perhaps 3-4 weeks.