February was rough in the central Wasatch, rating as either the 2nd least snowy on record at Alta-Guard according to the Utah Avalanche Center.  Snowpack losses on low-elevation and south facing aspects were substantial.

We've had little in the way of snow over the past week, and other than perhaps a snow shower here or there, that streak will likely continue until at least the weekend (possibly longer).

However, the pattern-shift hype machine is now in full overdrive based on forecasts like the one below from the GFS, which shows a deep trough off the Pacific Northwest coast and copious moisture and precipitation returning to the western U.S.

What is the best reaction to a forecast like this?  Continue to ski the corn or what's left of the high north dry snow and hope for the best.

Our models are now pretty good at forecasting large-scale pattern changes, so I have little doubt that we're going to see a change in the pattern.  However, snowfall in the Wasatch is critically dependent on smaller scale processes that are not predictable at such long lead times.  Just look at the downscaled NAEFS ensemble forecast from last night.  HUGE SPREAD.  Anything from  0.4 inches of water over the 7-day forecast period (most falling in the last 3 days) to almost 3 inches. 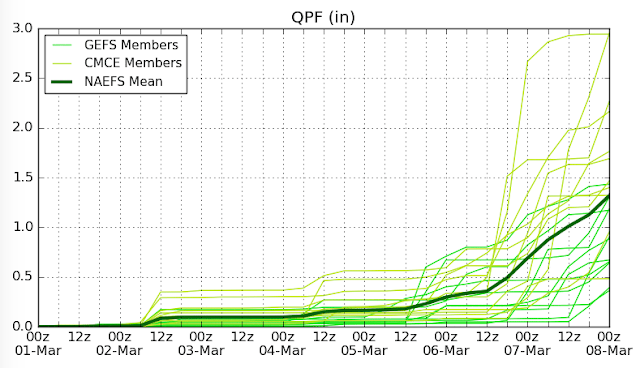 And, if we went further out, we would see even greater spread.

By and large, I'm hopeful for change and suspect we're going to see some snow, but there's a wide range of possibilities depending on the overall pattern, the path taken by storms moving across the west, etc. 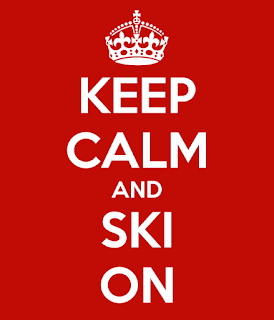