Since we last spoke, I've been frolicking on tropical islands about as far from snow and ice as you can get.  The family vacation was great, but it is the first time I've ever taken a cool-season vacation to warmer climates, so I did subject the family to a drive to high altitudes just to feed the habit.  With some effort, we did find a bit of early morning hoar frost at nearly 10,000 feet. 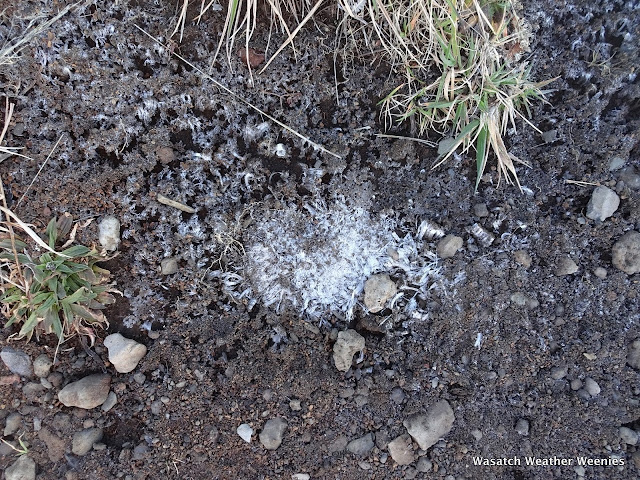 Upon returning to Salt Lake I was quite disappointed to see that we've made little progress in the snowpack department since I left.  In fact, we've been nearly flatlined since the pre-Christmas storms at the Snowbird SNOTEL.

At Alta-Collins, we've slipped back below the coveted 60 inch mark, my "official" threshold for good early season conditions.

I suspect the skiing over the holidays was pretty good, but I prefer to see the snow depth graph making a stair-like climb upwards this time of year.

Elsewhere, skiers and water managers should generally be happy with the year so far, although the below average numbers in Montana are probably causing some heartburn since there's a pretty good chance that early trends will continue in that region.  In contrast, the Pacific Northwest has done very well early season, which might be very important for their ski season as the strong El Nino tightens it's grip on the large-scale circulation during the heart of winter.
The forecast models show no major events for the mountains of northern Utah for the next several days, although we will be getting some periods of snow at times, including today, tonight, and possibly tomorrow.  The refills will be modest, but they should at least keep things fresh.
By Jim S Posted at 1/06/2016 09:17:00 AM