Depending on where and when you were recreating in the Wasatch Range today, you may have experienced sunny skies, cloudy skies, or life in the ping-pong ball as a stingy layer of altostratus was floating around.

It can be hard to discern cloud cover in visible satellite images this time of year, but if you look closely at the MODIS image below, you should be able to see the widespread cloud cover across the northern Wasatch and, in contrast, the ridges flanking Little Cottonwood Canyon a bit further south.  Note the clear skies and lack of cloud cover in Utah County east of Utah Lake and around Mt. Timpanogos. This particular image was taken around 2000 UTC (2 PM MST). 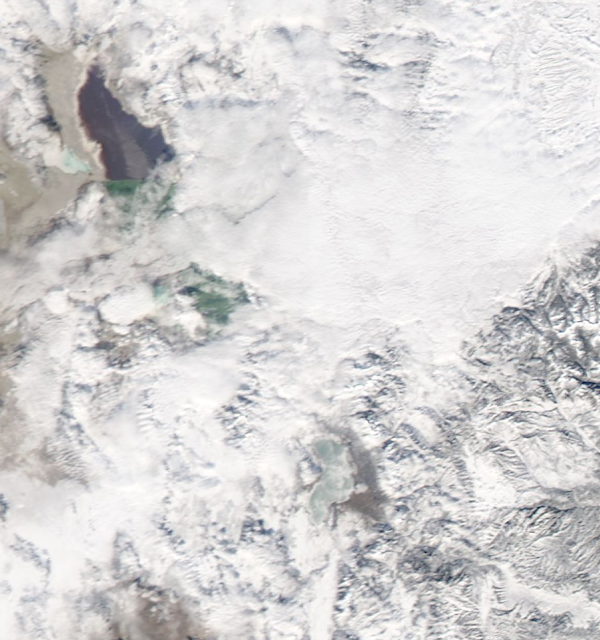 The flirtation of the altostratus with the central Wasatch was really spectacular in the imagery from the top of the Snowbird tram.  The images below were taken from 2:35 to 5:33 PM (from snowbird.com and the NWS).  What a sunset! 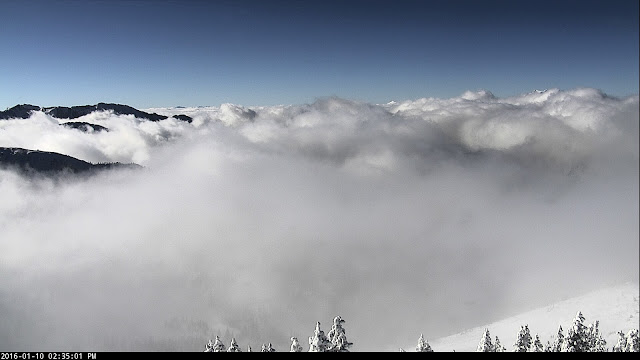 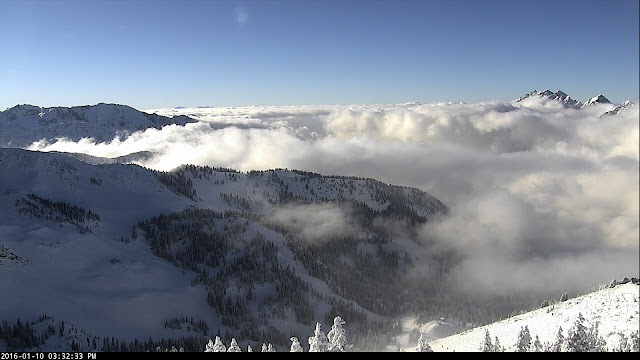 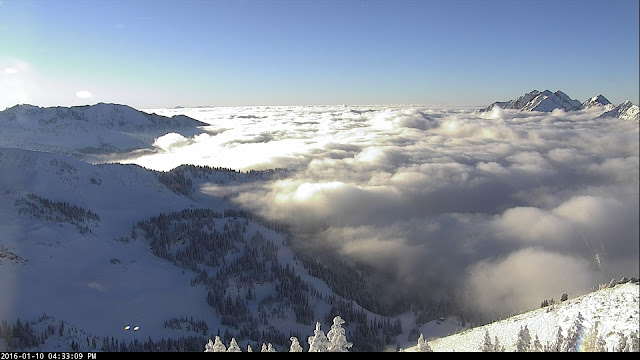 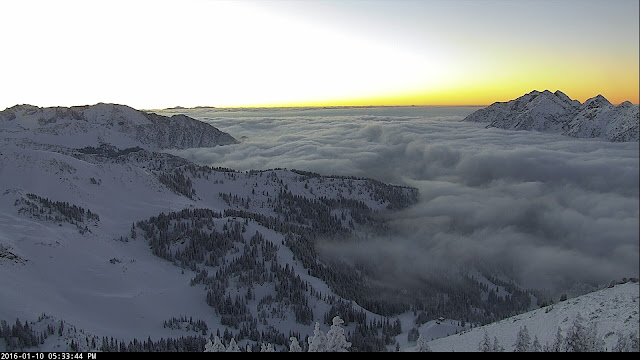 We were elsewhere in the Wasatch and, despite the cloud cover, the beautiful snow and snow covered trees made for a great scene.  The crowds were also gone and although there were plenty of tracks around, the solitude was nice. 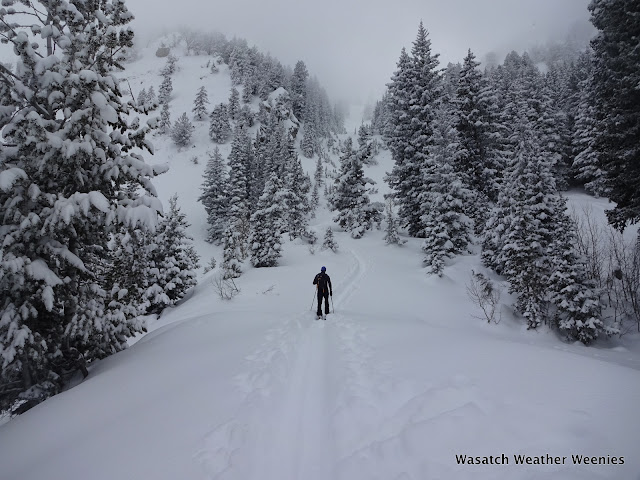 Skiing conditions are really quite good right now.  Although there are no big storms in the forecast through Wednesday, there should be some good turns to be had, especially for those willing to push into less traveled areas.
By Jim S Posted at 1/10/2016 06:29:00 PM