The trough moving through northern Utah this morning is bringing some convective snowshowers to the Salt Lake Valley and the surrounding region.

Rimed snow crystals (small round balls below) could be seen at my place in the Avenues, although they were fairly small.  I wouldn't be surprised, however, if there was some decent graupel in other areas. 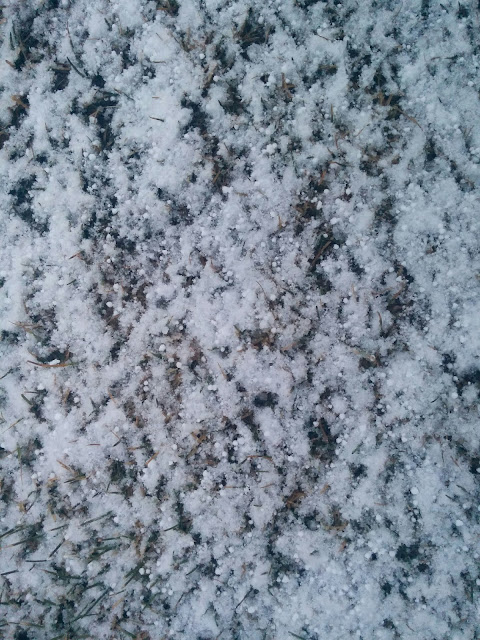 Expect some valley snow showers at times this morning, which should be the epitome of if you don't like the weather, wait five minutes.  Accumulations of an inch or two are possible in areas that are fortunate to have more sustained snowfall.

The recent storms have pushed Alta-Collins over the 75" mark for the first time this season.  Due to settlement, they are now fluctuating around that level.  I'm not sure if today's snowfall will be sufficient to move them permanently above that mark, but it should help.