Although it's going to be a beautiful bluebird day, I'm working and there's three topics to discuss this Thursday.

As noted in the previous post, 2015 was easily the warmest year on record globally, and by a wide margin.  For Utah, 2015 comes in as the 3rd warmest on record, behind 1934 and 2012.  It also extends our run of years at or above the 20th century average temperature to 22.  The last year cooler than the 20th century average temperature was 1993, with 2011 right on the average.

With regards to temperature, two highlights stand out in my mind from 2015.  The first is the remarkable warmth of the first 3 months of the year, which collectively rank as the warmest Jan-Mar period on record.  The only years with anything even close to what we experienced in Jan-Mar of 2015 are 1934 and 1986.  If it seemed crazy warm last winter, it was. 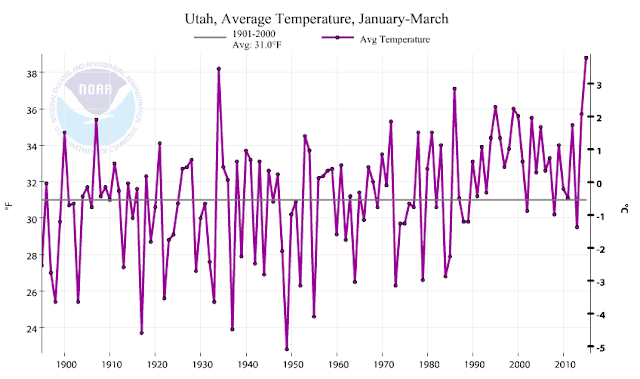 On the other hand, July was simply splendid, and came in below the 20th centuray average, the first July to do so since 1997. 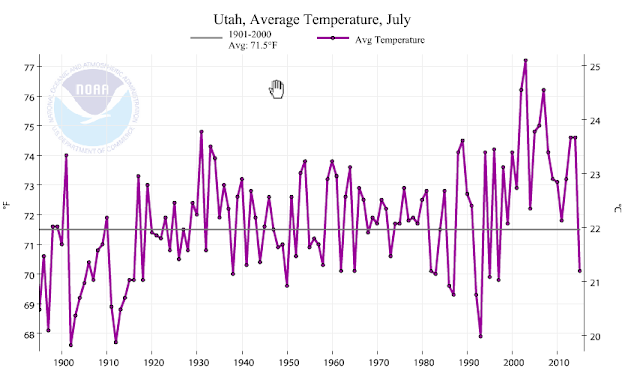 If you aren't a snow lover, that's a great combination.  A mild winter followed by a mild summer.  For snow lovers, last winter left much to be desired, but I suspect we all appreciated the wonderful summer, which was one of the nicest I can remember in my 20 years in the Salt Lake Valley.

My post last Friday (The Hits Just Keep Coming) was one of the more optimistic that I've issued over the past couple of years, called for a series of quick-hitting storms, and concluded:


We'll have to see if the storms farther out in the forecast evolve as advertised, but by and large this looks like a great weather pattern for backcountry skiing.   There are some avy concerns out there, the wind might do some damage at times, and we might go a bit upside down with the storm late Saturday and Saturday night, but by and large, we should be happy.

The storms materialized, as well as some good skiing, but the wind proved far more problematic than I anticipated during the period, both for avy concerns and snow quality, with the former further complicated by a very heterogeneous snowpack with multiple persistent weak layers.

The eastern U.S. will be in the crosshairs of a major winter storm through Sunday with significant accumulations in some areas.  I don't pay much attention to the weather east of the divide, but did put together a loop of the storm from the latest (0600 UTC) GFS, just for entertainment purposes.