University of Utah students may be wondering if they should run over to the Merrill Engineering Building and learn how to build an ark as it's been a wet one with some intermittent heavy downpours this morning.

Radar imagery shows a number of srong cells developing over or near the Great Salt Lake and moving downstream.  Northern Salt Lake County and Davis County have seen the most intense cells.

Seven-day mean lake temperatures show that the lake was quite warm prior to the passage of last night's trough with a mean temperature of 23.3˚C.

That's no surprise given the remarkable warmth observed earlier this month.  Why the convection isn't organizing a bit more downstream of the lake is a bit less clear, but it could reflect the general instability and moisture of the airmass and the relatively weak flow.  Given that we really don't understand what controls the mode of lake effect, I won't speculate further.

Although the heaviest stuff is falling in the mountains near campus, the central Wasatch are getting something and it is snowing down to about 9500ish feet, as suggested by Alta's camera in Albion Basin. 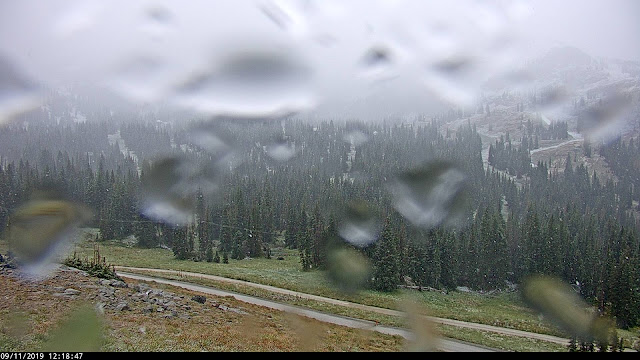 A little higher up, things are looking wintery. 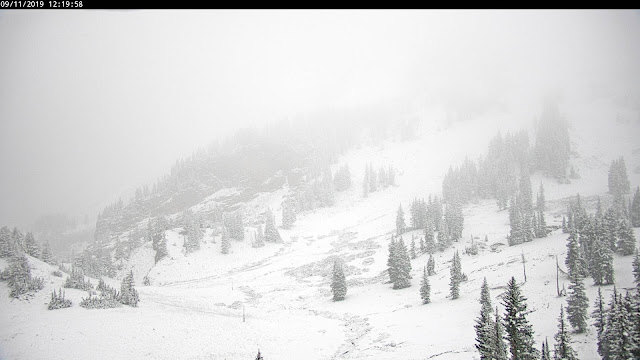 The flow direction is such that I don't think the lake is contributing to the snowfall in upper Little Cottonwood, but my take is that it is affecting the intensity of the convection in northern Salt Lake and Davis Counties.  In any event, there is white stuff up high.
By Jim S Posted at 9/11/2019 12:21:00 PM