Changeable weather is on tap for the work week.

For today, increasing south winds as a strong cold front approaches from the west.  The situation at 1800 MDT this afternoon shows the strong pre-frontal southwesterly flow, which reaches 50 knots at 700 mb (crest level). 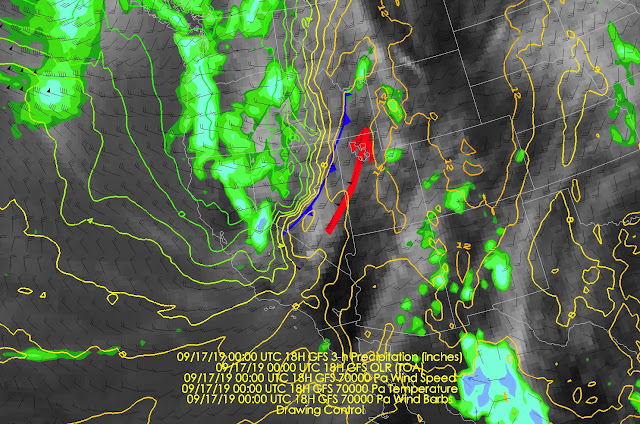 The NWS has issued wind advisories, high wind warnings, and/or red flag warnings for much of the state.  Salt Lake City has both a wind advisory and wind flag warning.  Today is a good day to batten down the lawn furniture and avoid playing with matches.  Winds will likely be strong this evening as well. 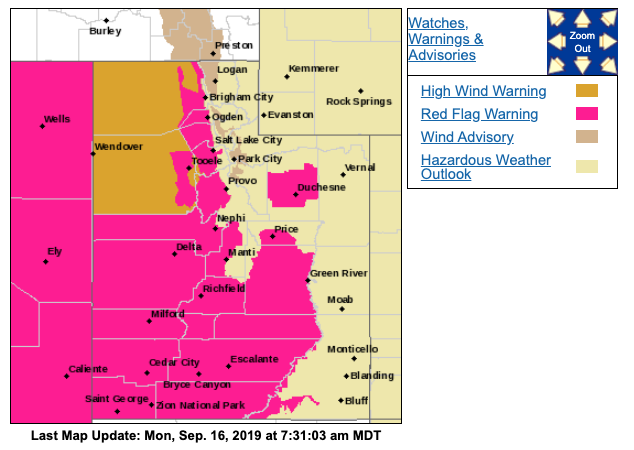 There's a little monsoon moisture to play with, so there's also a slight chance of thunderstorms.

Tonight the front comes through.  It will likely bring a few showers and possibly some thunderstorms.  By 0600 MDT (1200 UTC) tomorrow morning, we're post frontal and 700-mb temperatures are down to 0˚C, which is about 10˚C cooler than where they are this morning. 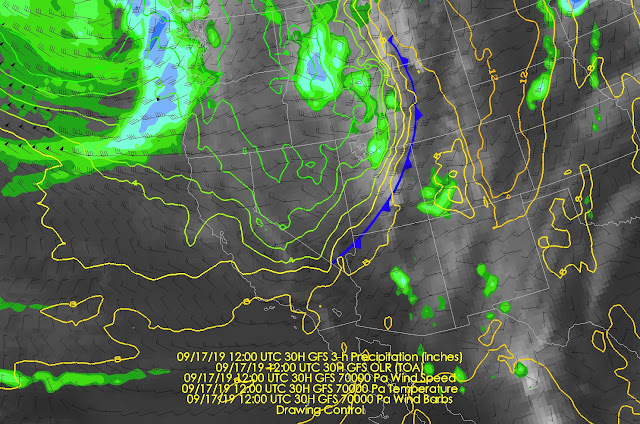 They eventually bottom out at around -2˚C by about noon tomorrow.  The bottom line is that it is going to feel like fall tomorrow.  We will likely only reach the high 60s in the valley, which is average for early October.

Thus, precipitation for this event will probably be limited unless you get hit with one of the stronger showers or thunderstorms.  A skiff of snow is also possible in the upper elevations, although accumulations of more than an inch are unlikely.

Looking farther out, another front approaches us late Wednesday or Wednesday night.  Timing of the frontal passage is a bit dicey right now as it is stalling as it approaches. 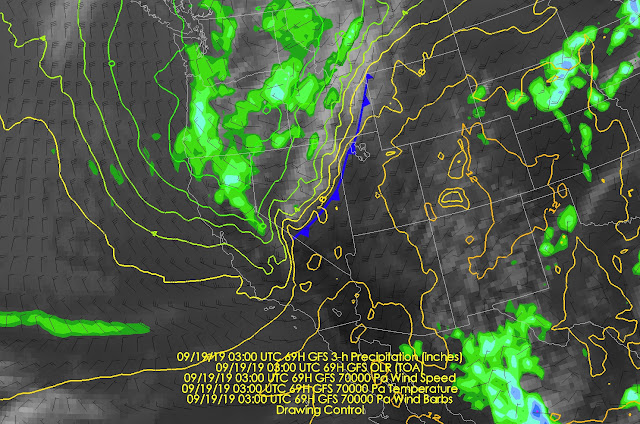