Reinhold Messner, the first person to climb all 14 8,000 meter peaks, has built six mountain museum in the South Tyrol.  We had the opportunity to visit one, known as Firmian, in the Sigmundskron Castle south of Bolzano on Sunday.

The first historical reference to the castle dates back to 945 AD, so its been around for a while.  The castle and its fortification sprawl across a hill that rises above the Adige River.  It provided a great setting a mountain museum. 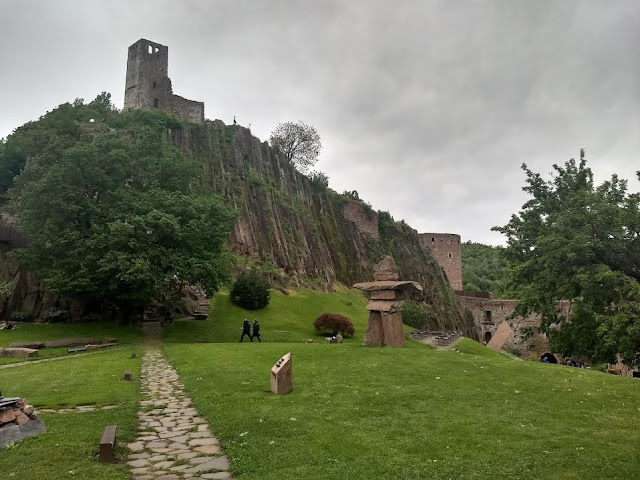 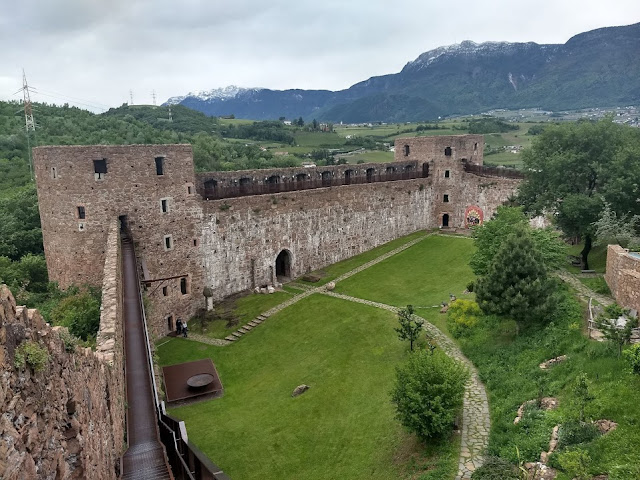 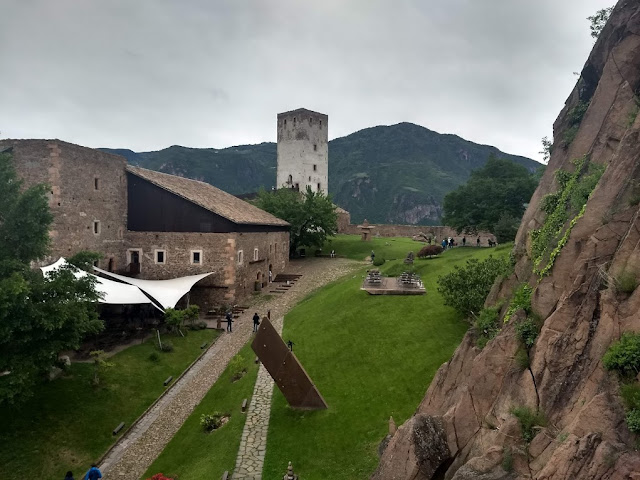 One does quite a bit of walking and stair climbing through the castle to explore the exhibits.  Fitting for a mountain museum, but difficult for anyone with mobility challenges. 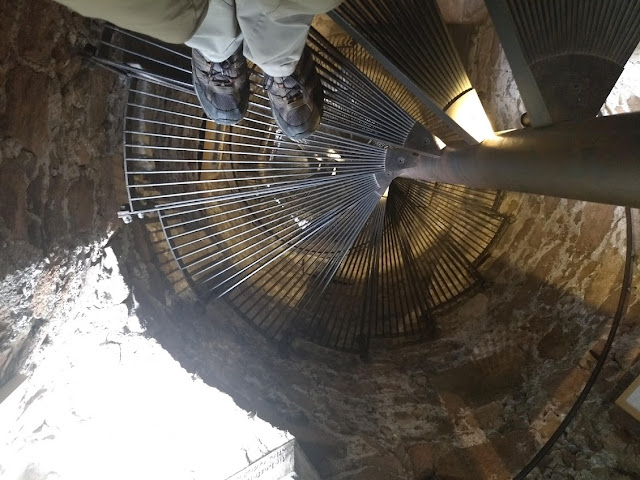 Reinhold Messner was born in Brixen (Bressanone), Italy, and grew up in the South Tyrol.  His influence is apparent throughout the museum. 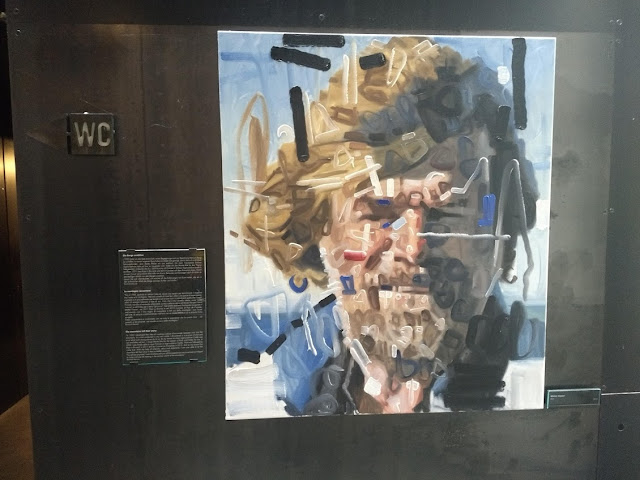 The museum, however, is not focused on Reinhold, but explores mountain art and culture, with some mountaineering thrown in.  One might call it scattered, but it was fairly interesting and a fun way to spend a couple of hours.  Messner calls it his 15th 8,000er. 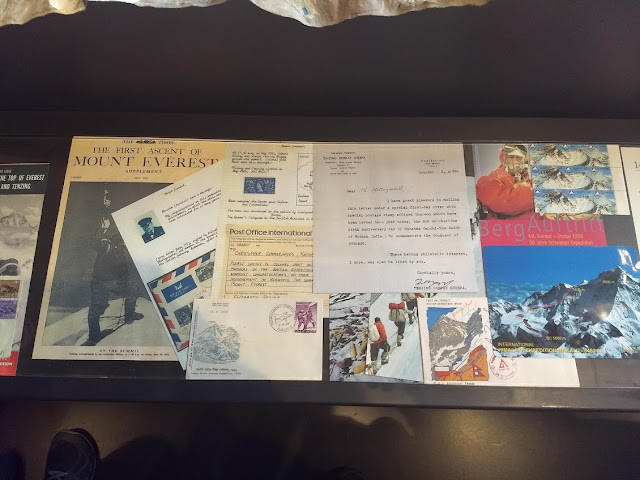 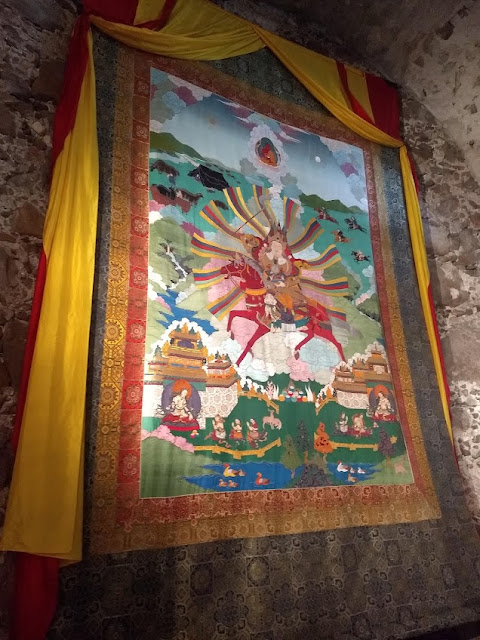 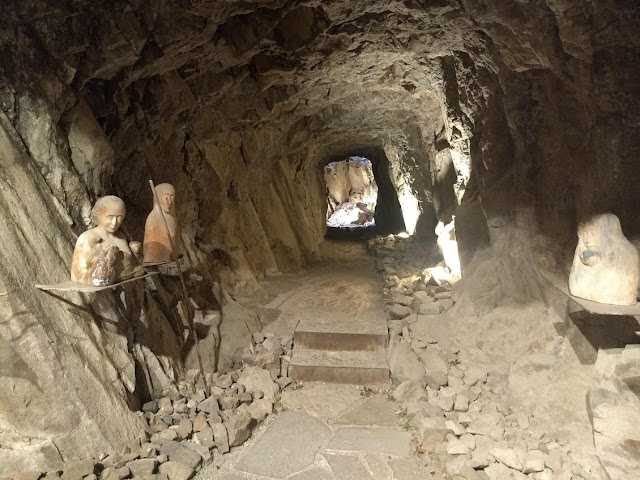 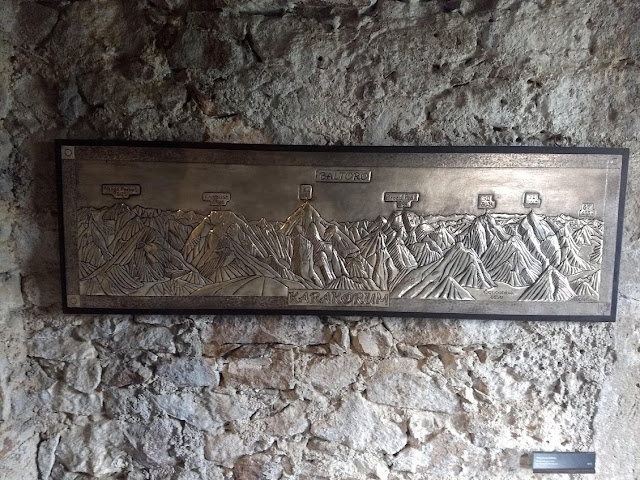 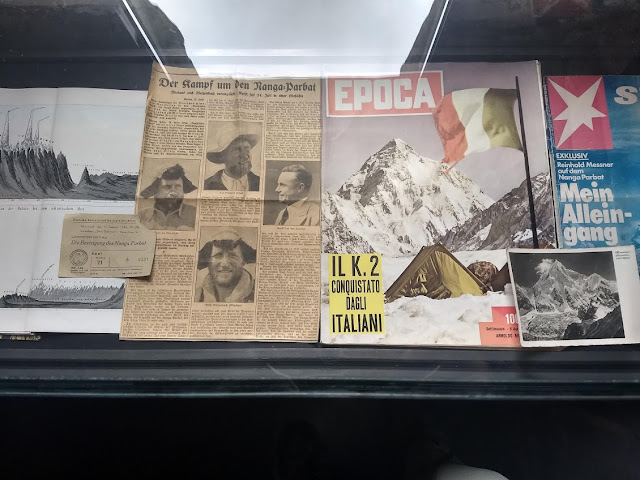 There was also an exhibit about the history of the South Tyrol, a topic that I've been dipping my toe into while here because it is deep and complicated.  The photos on the exhibit below just begin to scratch at the surface of the past 100 years, but conclude with an important point that "what is important today is that equal rights to their homeland be conceded to all three minorities in the region — the Ladins and the Italians as a minority in South Tyrol and the German-speaking South Tyroleans as a minority in Italy — for one thing because we must work together to shape what is home to us all."  There is something for us all to learn here. 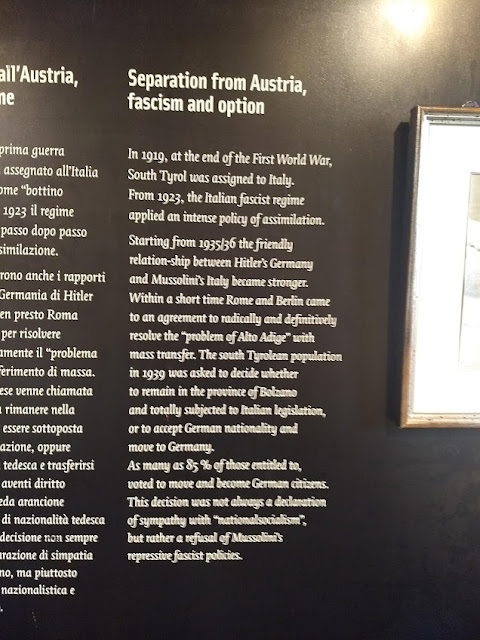 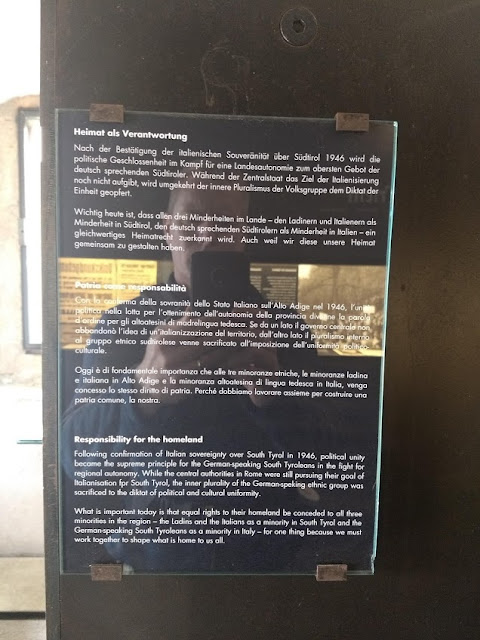 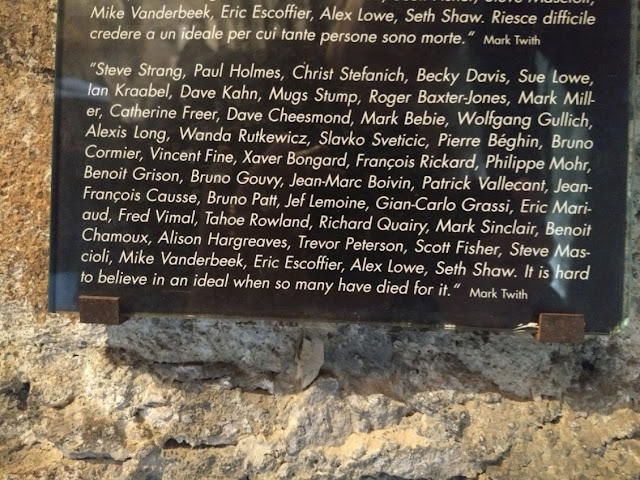 One of the castle windows includes a quote from Alex Lowe. 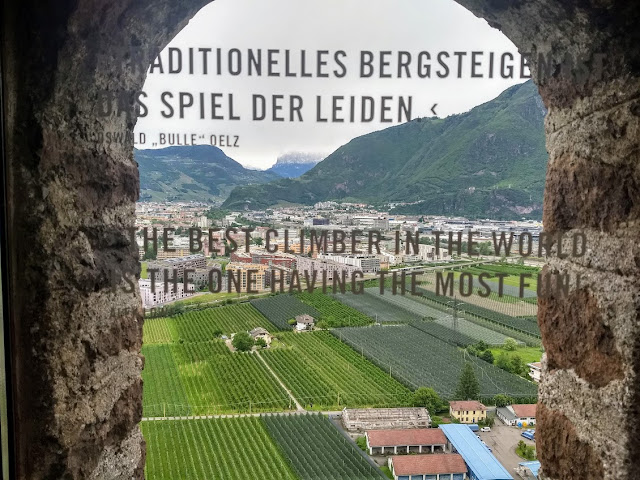