This Ride Is Definitely and "E" Ticket

The cable car from Lake Eibsee to the top of the Zugspitze, a nearly 3000 meter peak on the border of Germany and Austria, has to be one of the greatest thrill rides on the planet.  It's an "E" ticket based on old-school Disney ride ratings, used for the most thrilling, advanced rides.  It has an elevation gain of 6,371 feet, a single tower between the base and top stations, the longest cable-car freespan in the world (10,541 feet), and ascends into the summit station like an elevator.  It does all of this in seven minutes.  Basically, it makes the Snowbird tram look like a tinker toy.

I rode the old Zugspitze cable car in summer 2015 (see previous post Bavarian Climate Change and "Research") and wanted my son to see it while he was in Innsbruck, so we went up there today.  It took a crowbar to get the wallet open to cover the 58 euro round trip cost (per person), but I have to say it was worth every penny.

Leaving the base station, you just stare up over 6,000 vertical feet at the north face of the Zugspitze. 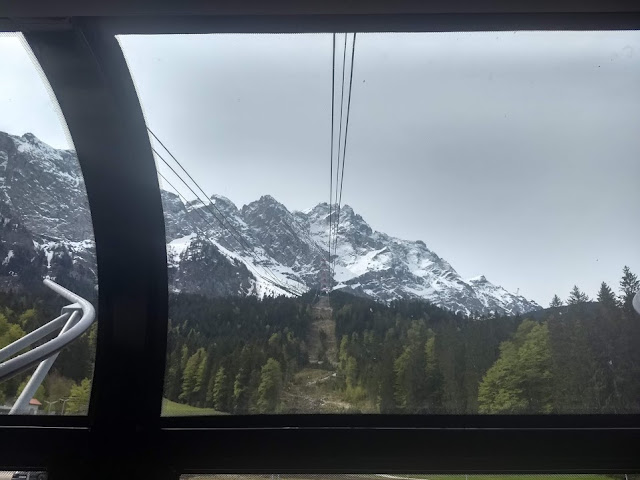 You quickly reach the first tower, which is incredibly high and the only tower on the entire route.  From here, its two miles to the summit. 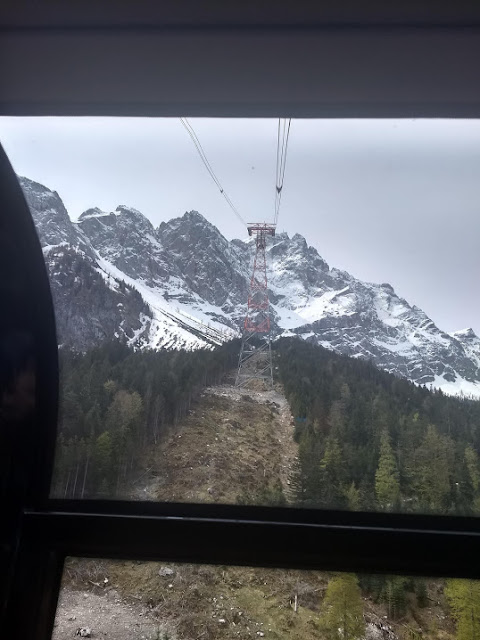 The cable has some slack in it and it just steepens and steepens as you approach the summit. 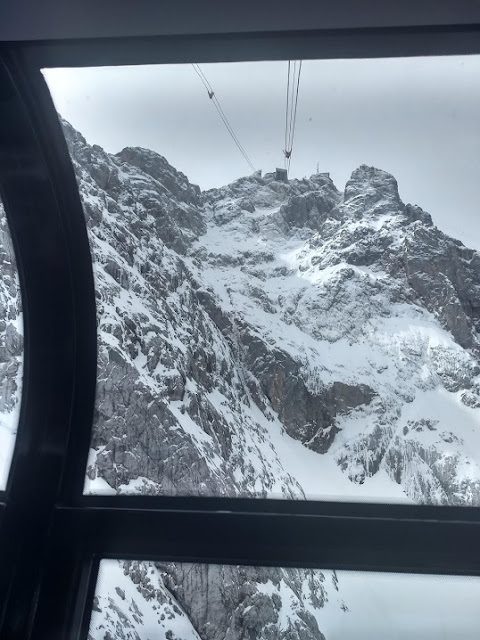 At one point, here's the view as you are climbing the cable at an angle of maybe 45 degrees. 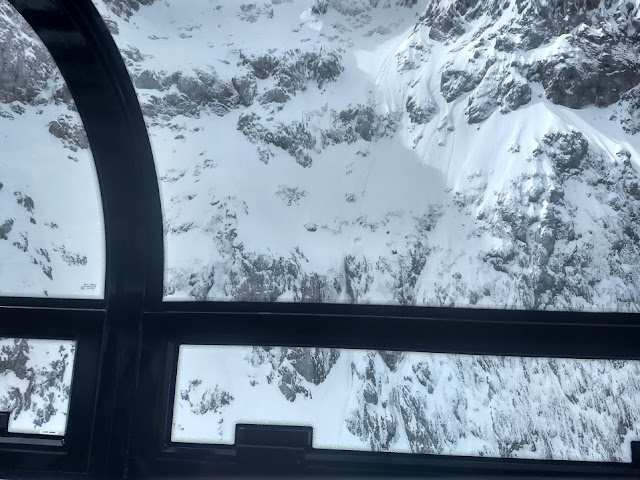 Here are a couple of shots for perspective. 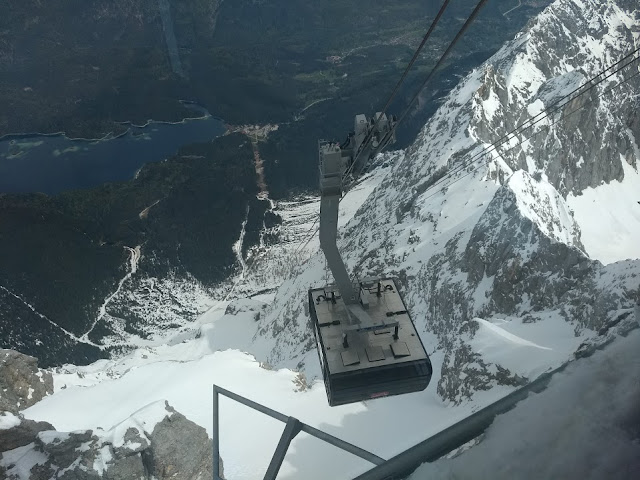 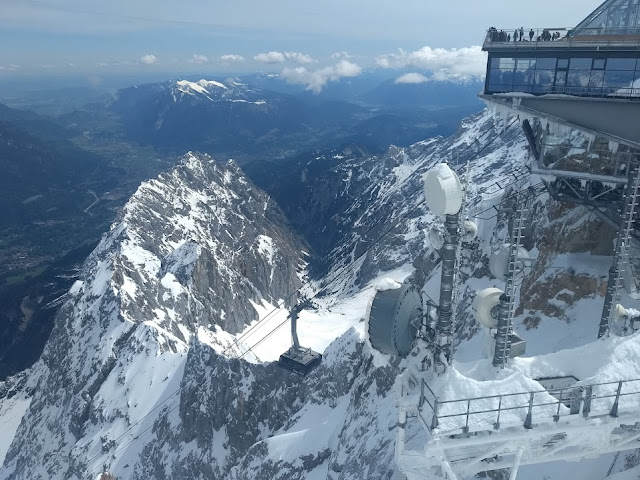 The summit is massively over developed.  Restaurants, three stories of facilities, etc.  There's even another cable car coming up from the Austrian side, which is no slouch in its own right. 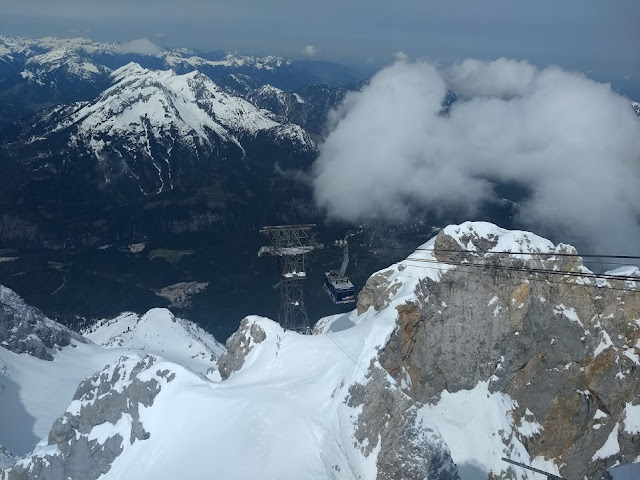 And a third cable car coming up from the top of the cog railway to the south of the peak. 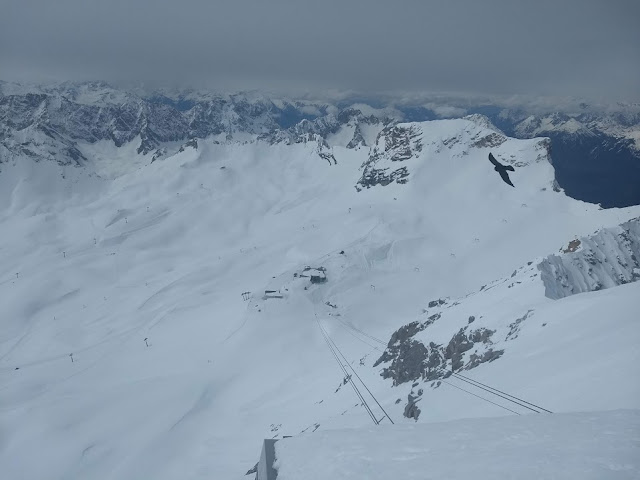 Views are remarkable, even on a somewhat cloudy day like today.  We were able to identify Säntis in eastern Switzerland, 125 km away.

Email ThisBlogThis!Share to TwitterShare to FacebookShare to Pinterest
Labels: Mountains