One of the benefits of working in Austria is that there is no shortage of holidays.

May 1st is International Worker's Day and the University was close (sigh).  The sun come out for the first time in days, so I did the schlep to Ishgl for its closing day.

I was hoping attendance at the resort would be light so late in the season, so when an army of people loaded onto the ski bus, I got concerned. 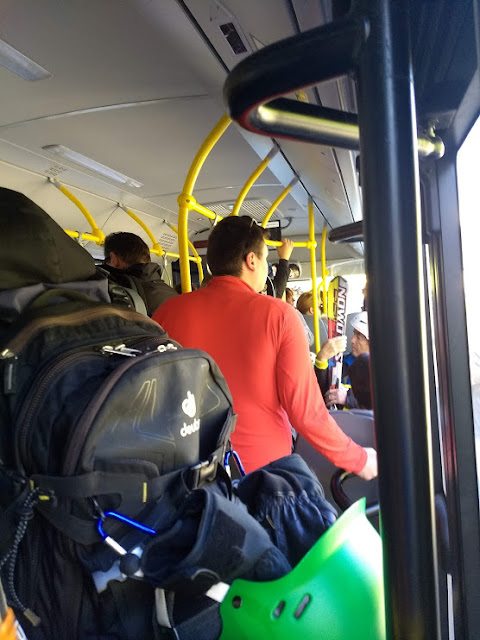 However, we found the resort to be uncrowded.  After surviving the Austrian high season, being able to ski open slopes like the one below was greatly appreciated! 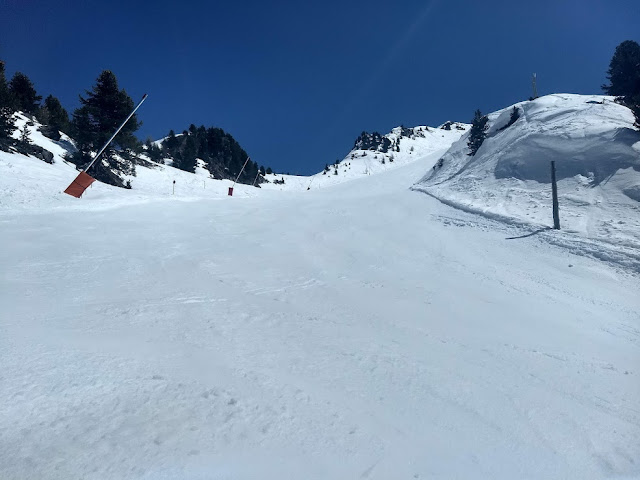 Snow conditions could best be described as rock hard and loud first thing in the morning.  In fact, the skiing was at times terrifying and I found myself wishing for a whippet pole at times.  However, the views were spectacular.  Below are a couple of panos.

After lunch conditions were supreme.  Not too hard, not too soft, but just right.  Very carveable and enjoyable.

During my first trip to Ishgl, the lifts to the ridge on the border with Switzerland were closed.  Today they were open.  Great views down into the Samnaun Valley.  Ischgl is fully interconnected with the lifts on this side, but my special pass didn't cover it.  It was enough to look into the depths. 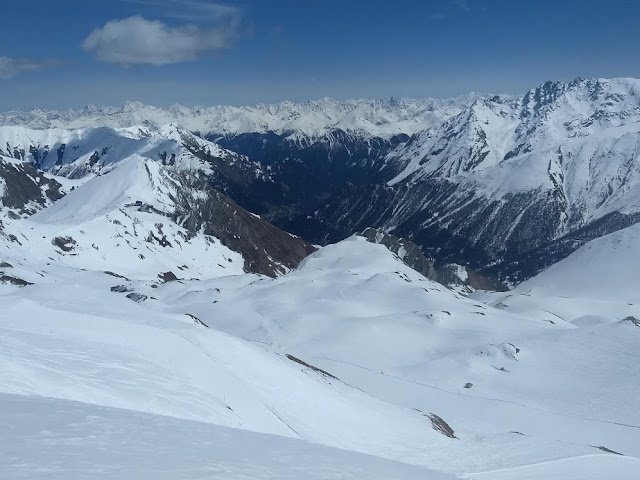 Here's a question for you.  What the hell is mounted on the pole below?  These things are all over the mountain.  They don't appear to be in the right spots for avalanche work.  My guess was that they are used for cloud seeding, but that is wild speculation.  Any ideas? 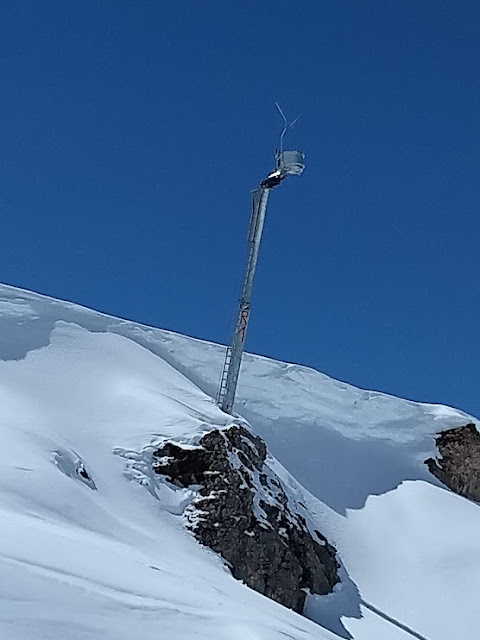 Ishgl's motto is "Relax, If You Can."  They like to go big.  The previous day, they had a closing concert midmountain with Lenny Kravitz.  Huge stage and everything.

It was much quieter today, however the garbage remained. 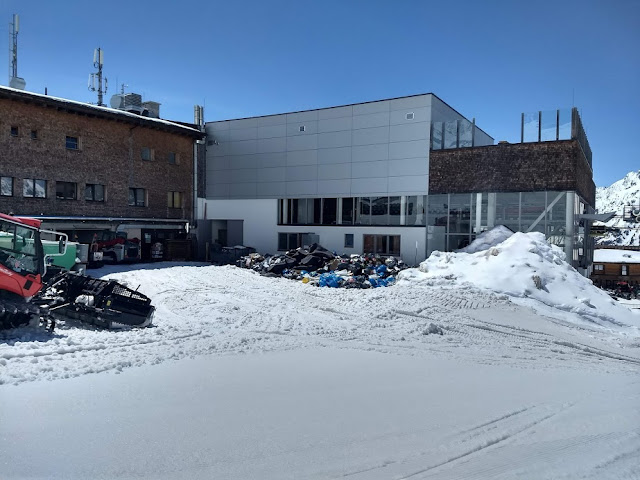 The one bummer for the day was they closed the valley runs to the base.  I was hoping to finish with a 4000+ vertical foot descent from spring to summer, but alas it wasn't to be.  Instead, we had to do it by tram.  Nevertheless, I love making this transition in the spring, whether it be in the Wasatch or the Alps. 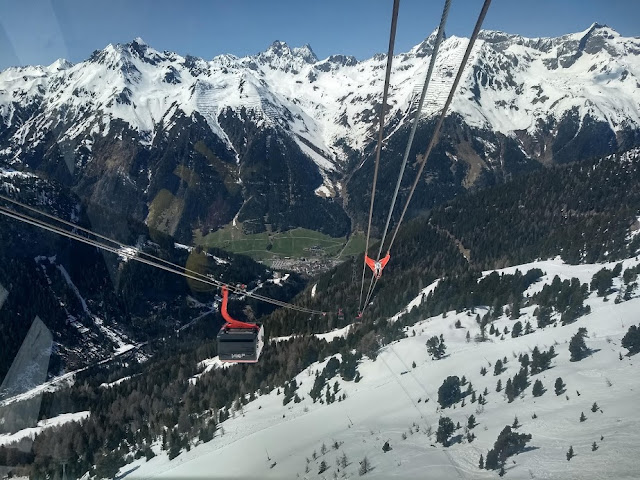 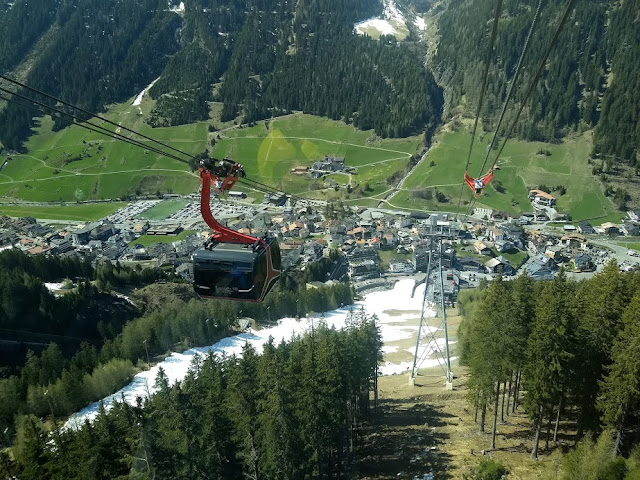 Sölden closes on Sunday, afterwhich the only resorts remaining open in Austria will be glacier resorts.  I'm planning to get some more alpine skiing and touring in the next couple of weeks.  The snow remains good and the mountains beautiful.
By Jim S Posted at 5/01/2019 11:44:00 AM