Measuring precipitation rates during winter storms is a remarkably difficult problem.  The basic problem is that the wind blows, and this affects the collection efficiency of traditional rain gauges, such as the one below. 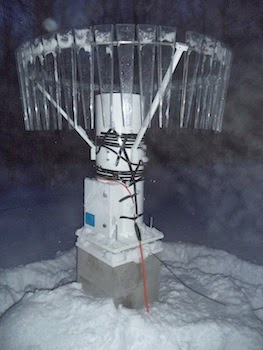 The problem is that as the wind interacts with the gauge, it alters the flow in a way that some snowflakes are carried over the gauge rather than falling into it.

The traditional way to deal with this problem is to put some sort of a shield around the gauge to reduce the airflow, such as surrounds the gauge in the picture above.  More extreme measures involve putting additional snow fences around the gauge, which is especially important in open windy areas as found, for example, across much of the high plains.

Even with these measures, traditional rain gauges still suffer from what is known as undercatch.  They typically measure liquid-equivalent precipitation rates that are lower than reality.

To address this issue, John Hallet of the Desert Research Institute and Roy Rasmussen of the National Center for Environmental Prediction developed an instrument known as the Hot Plate Precipitation Sensor, sold as the TPS-3100 by Yankee Environmental Systems, Inc.  We recently took delivery of two TPS-3100s and have begun experimenting with them.  One is pictured below. 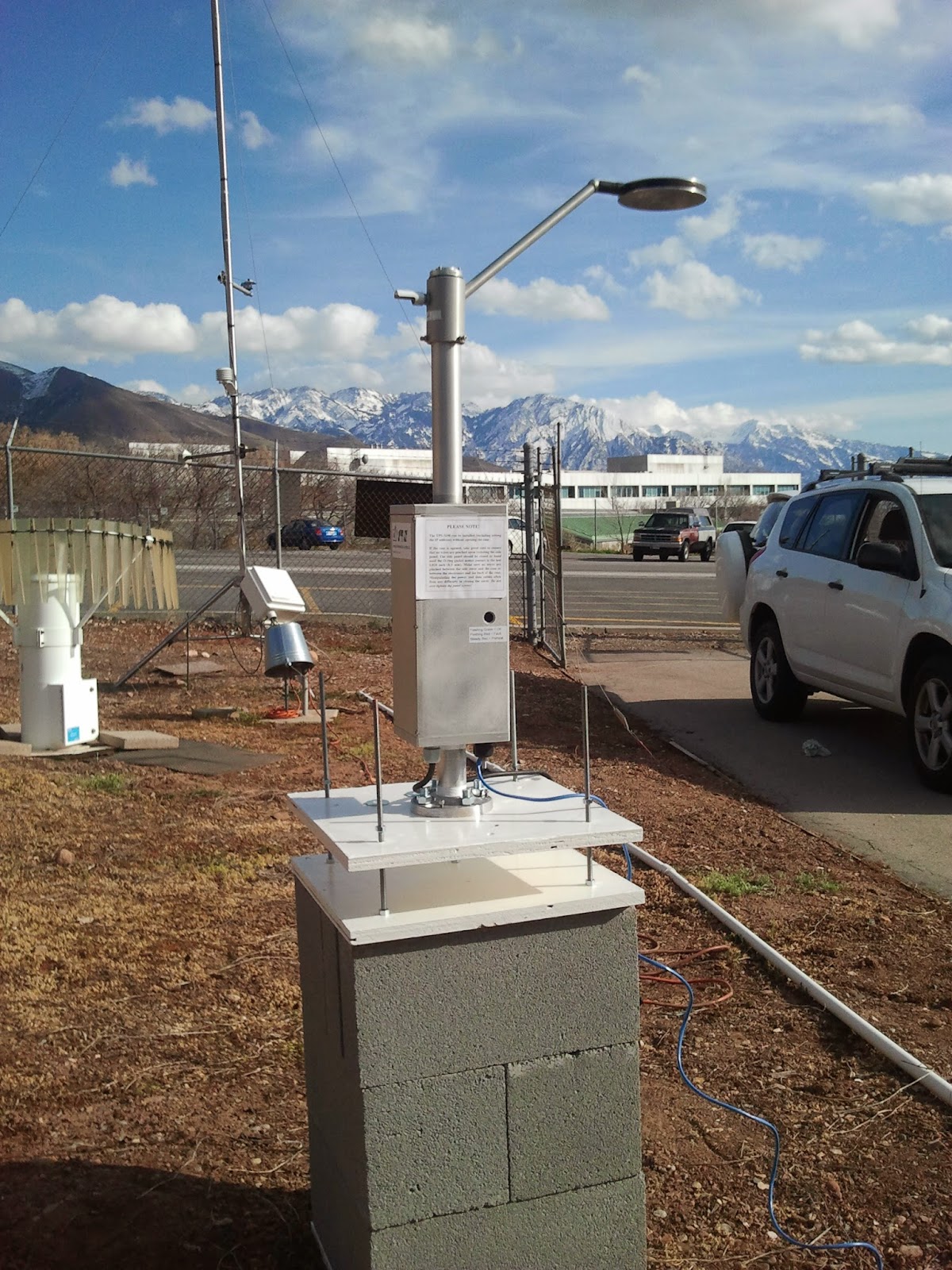 Several studies indicate that at least in windy, open areas, the hot plate provides more accurate precipitation measurements than conventional precipitation gauges.  On the other hand, there are times the hot plate might not do as well, such as when graupel is falling (which bounces off the sensor).  Another concern is situations in which the wind is not horizontal and the bottom or top hot plate is cooled more rapidly by ventilation.  Finally, on a clear night, for example, the top plate can cool faster than the bottom plate.  As a result, the hot plate instrument package includes sensors that can measure radiation to adjust for this effect.

We'll be giving these hot plates a workout the next couple of months to learn their strengths and weaknesses and look forward to deploying them in the field in coming winters.
By Jim S Posted at 3/31/2014 09:35:00 AM