The Wasatch's Most Remarkable Microclimate

In particular, you need to venture to Liberty, UT and up the North Fork of the Ogden River.  Here, at low elevations, you will find ridiculous amounts of snow that has been generated and carried over the formidable terrain near Ben Lomond Peak (the thumbnail below is North Fork Park, discussed below). 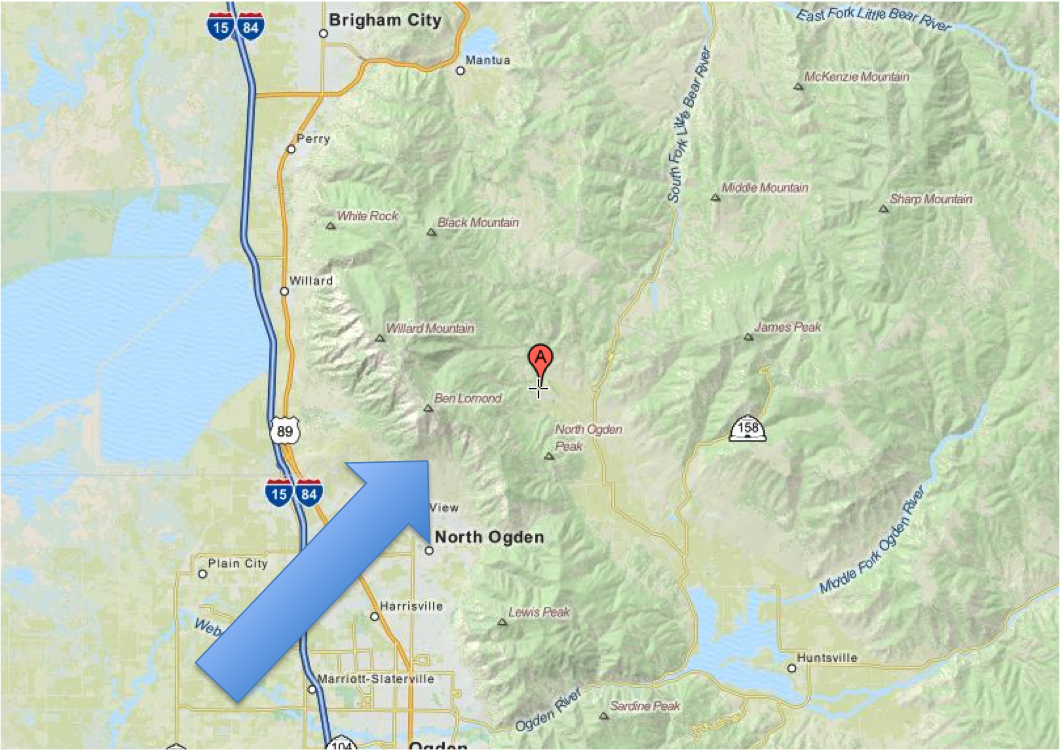 By nearly all measures, this has been a terrible low-elevation snow year in the Wasatch, yet today you can find good cover and great cross country skiing at 5600–6000 ft at North Fork Park where Ogden Nordic, a chapter of The Utah Nordic Alliance (TUNA), maintains a a marvelous system of trails.

Currently, there's essentially no snow at comparable elevations at Mountain Dell and in the Cottonwoods, but you'll find plenty of cover and great spring skiing in the North Fork area for the low-low price of $6.  What a steal! 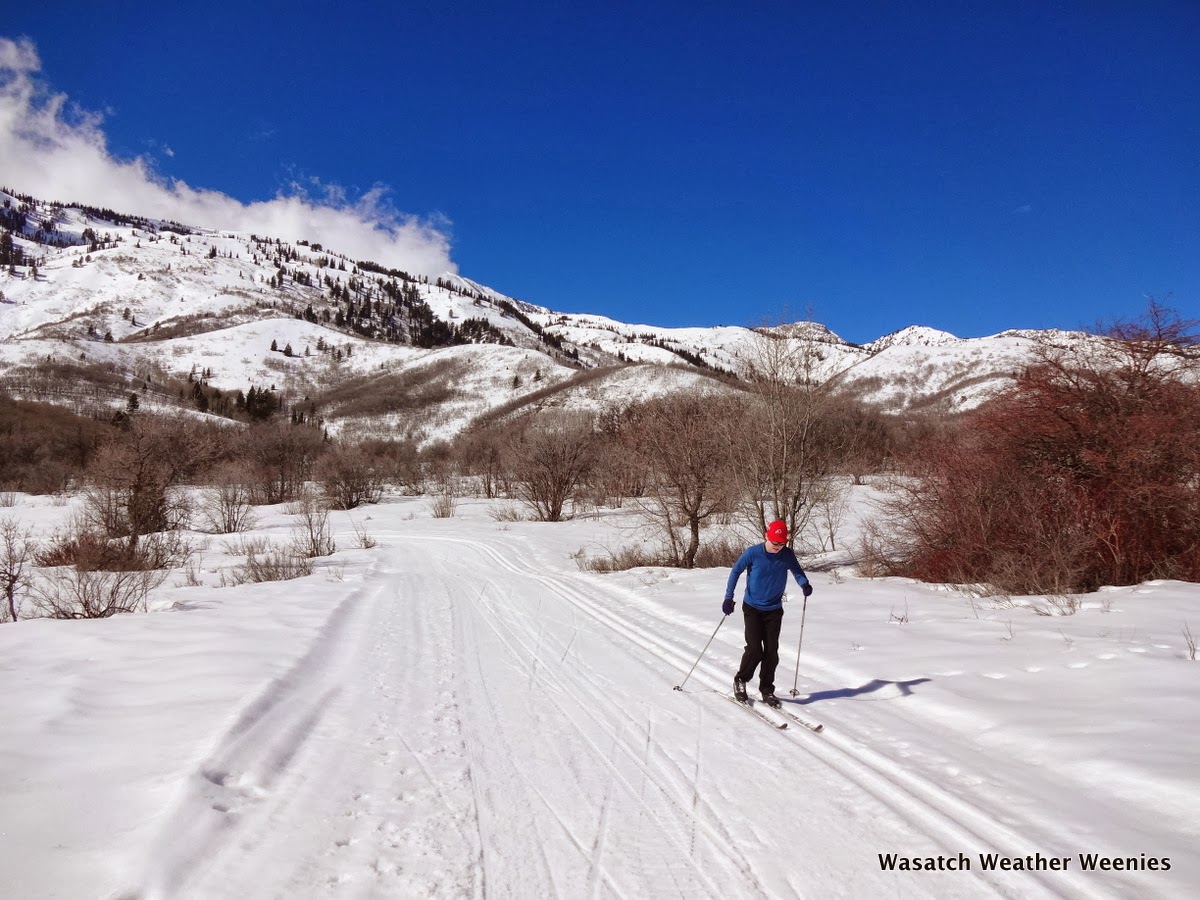 How about some hard numbers.  The Ben Lomond Trail Snotel operates at 6000 ft in the North Fork area.  Although it is running below average, it still has about 15 inches of snow water equivalent in the snowpack. 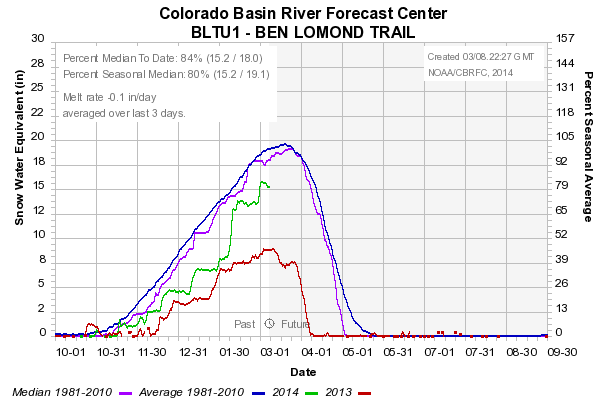 The snowdepth measured by the site is 44 inches.  That seemed pretty high to me, but it is safe to say that the North Fork area has the healthiest low-elevation snowpack in the Wasatch nearly every year.

In addition to snow, there are a few other reasons to visit the area.  My son was too young to gain admission to the famed Shooting Star Saloon in Huntsville, but Carlos and Harley's in Eden is a colorful joint (site of the former Eden General Store) that served up enough Mexican food for us to replenish our depleted calories.  Warning: Consuming large quantities of Mexican food after cross country skiing results in extreme drowsiness on the return trip to Salt Lake. 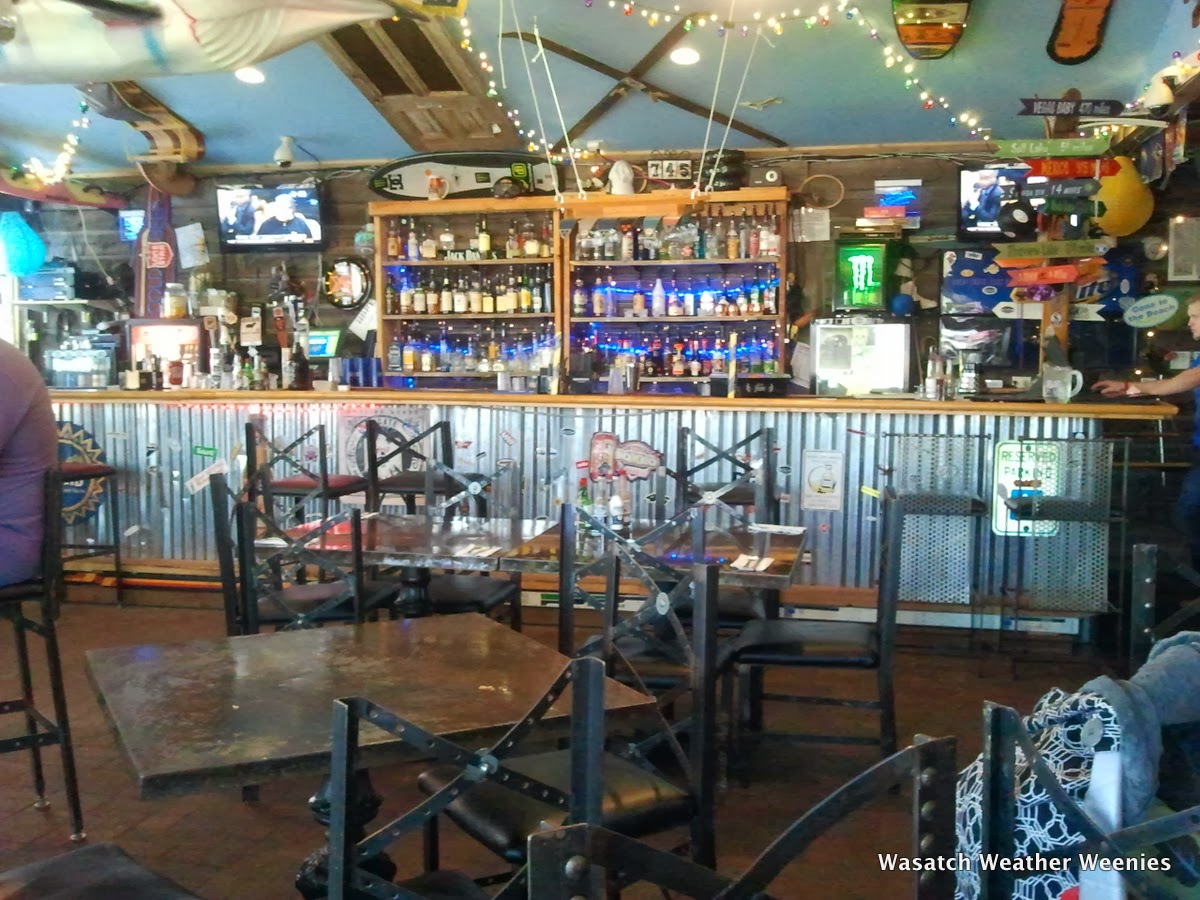 Email ThisBlogThis!Share to TwitterShare to FacebookShare to Pinterest
Labels: Microclimates