Last night's storm was a bit of a bust, putting down only 5" at Alta-Collins, so we turn our attention to other weather matters, namely the lake-effect rain falling in the western Salt Lake and eastern Tooele Valley this morning. 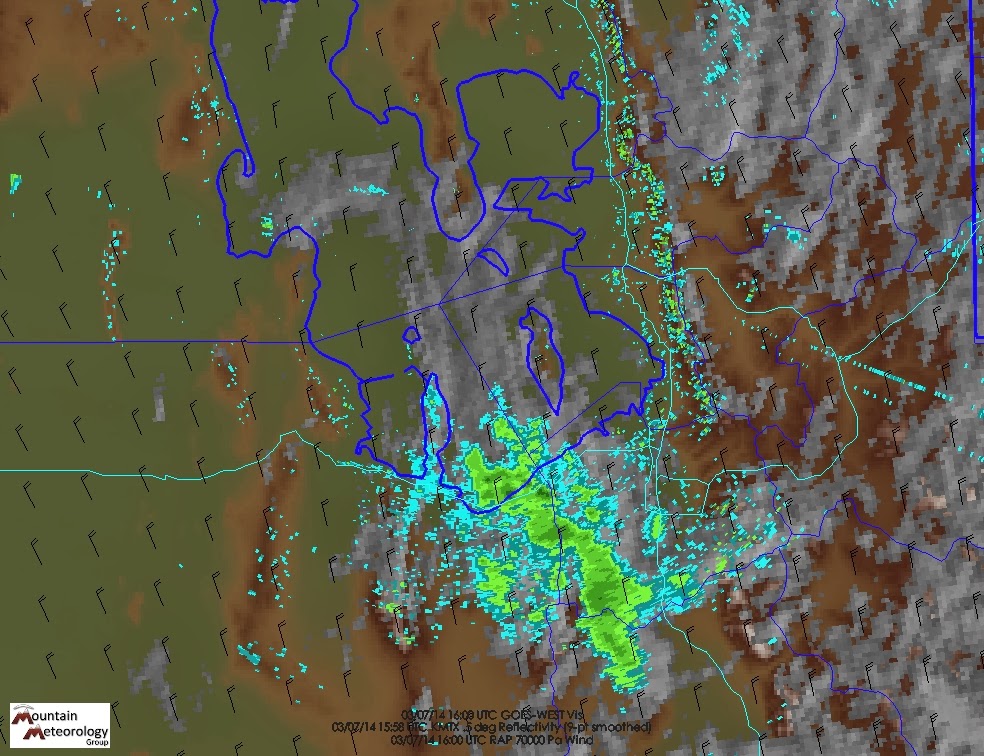 Fortunately for commuters, this is a relatively warm event and the precipitation on the valley floor is falling in the form of rain.  Here's a webcam image from Lakepoint near the northern tip of the Oquirrh Mountains. 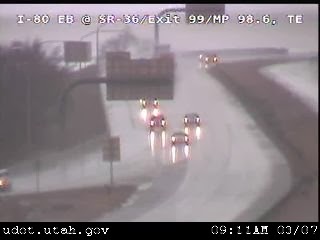 This is a somewhat unusual event in two regards.  First, the difference between the lake temperature (+6ºC) and the temperature at 700 mb (-7ºC) is pretty small (13ºC).  For many years, meteorologists assumed that temperature difference needed to be at least 16ºC for lake-effect to develop, but in recent work, we show that lake-effect can occur at values as low as 12ºC (Alcott et al. 2012).  Thus, this is an example of one of those low-instability events and it appears it is occurring with about the smallest amount of instability possible.

Second, it is a lake-effect rain event rather than snow.  It's probably fairly hard to get lake-effect rain in early March.  If it was just a little colder, it would be snowing and sticking.  When it comes down in the form of rain, all I can think is what a waste of a lake-effect band!
By Jim S Posted at 3/07/2014 09:40:00 AM