Much has been made recently in media reports of the so-called "global warming pause" or "hiatus", a slowdown in the rate of increase of mean global surface temperatures over the past 10–15 years, as can be inferred from the graph below. 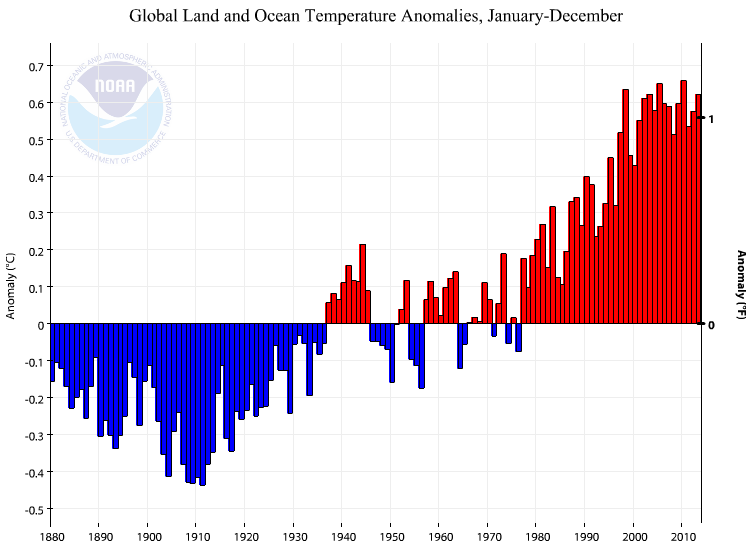 Although the causes of this slowdown are still being worked out, when one looks at the Earth's climate system as a whole, it is pretty clear that global warming is continuing unabated.

A nice plot showing this energy accumulation is provided in the IPCC Fifth Assessment Report (AR5). The energy accumulation is dominated by deep and upper ocean warming.  The melting of ice and warming of the land surface are much smaller contributors, and the atmosphere even smaller.
When one takes this holistic view, it is pretty clear that although the rate of atmospheric surface temperature increase has slowed during the past 10–15 years, we are still seeing a massive accumulation of energy within the Earth's climate system.  Thus, although the causes of the slowdown in surface temperature increase are still being ferreted out (see this Scientific American article for a summary), there is every reason to expect that the upward trend will eventually return.   At this point, we can't stop global warming, we can only hope to contain it.
By Jim S Posted at 3/19/2014 09:15:00 AM