Dust in the Snow and Sky

Dust deposited in the snowpack by this past week's dust storm is already starting to appear on the snowpack on south facing aspects.   As the surface snow melts, it percolates past the dust, which collects at the snow surface.  This process is particularly rapid on south facing aspects like those in upper Little Cottonwood Canyon, although even north-facing aspects eventually suffer (although for now, the dust on the north-facing aspects is buried).  Further, dust absorbs more solar radiation than pristine snow, so it accelerates the snow melt.  Yup, global warming isn't the only thing affecting the future of snow in Utah.

Although the bulk of our dust comes in intense storms like the one last week, we sometimes have more diffuse events that can be from regional dust sources in the western U.S. or even from Asia.  I think we may have such an event underway today as one could see a dusty tint in the air. 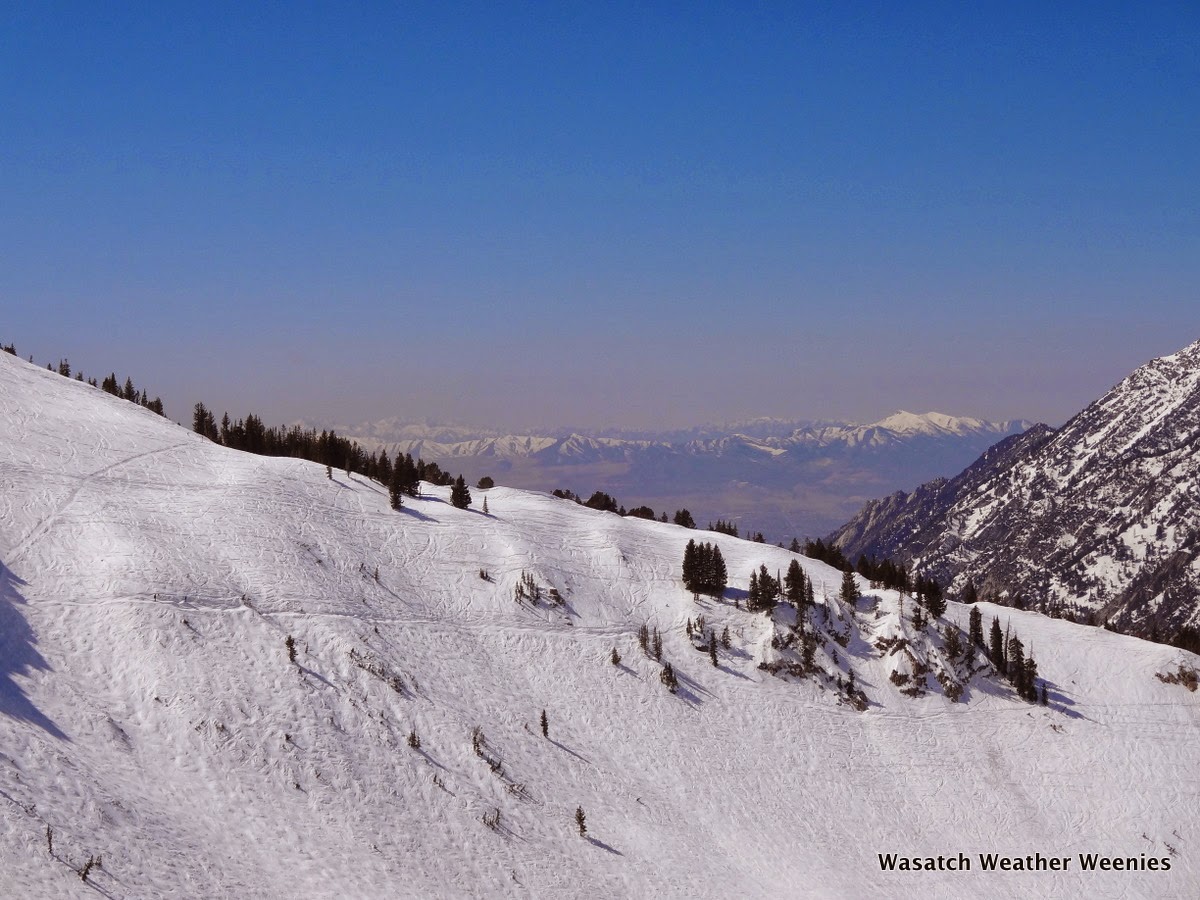 Perhaps someone can have a look and let me know if this hypothesis holds water or if we might be dealing with another type of visibility obscuration such as smoke or pollution.
By Jim S Posted at 3/23/2014 05:35:00 PM

Email ThisBlogThis!Share to TwitterShare to FacebookShare to Pinterest
Labels: Dust