I've been watching the models over the past few days hoping of a clear sign of a major storm during the Thanksgiving weekend, but one does not exist.  Most of the models and ensemble members say we will see little to no precipitation, but there are a small number that give us a bit more love.

The GFS is one of the models that gives us a bit more love.  Below is the 0600 UTC initialized GFS forecast valid 1200 UTC (5 AM) Wednesday (Thanksgiving Eve).  It brings a short-wave trough that most of the models and ensemble members keep to our north a bit farther south and across northern Utah. 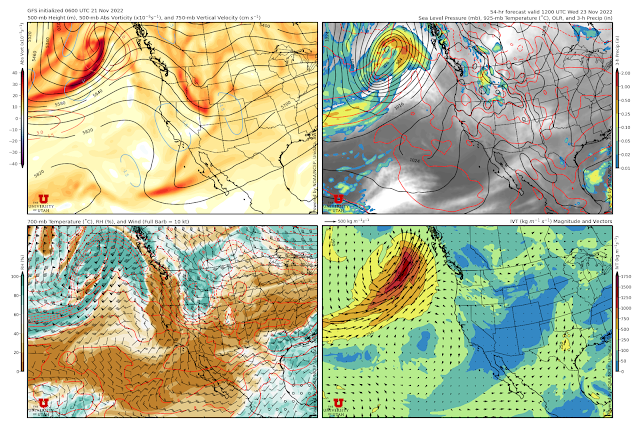 As a result, the GFS does generate some snowfall for northern Utah, especially in the northern Mountains, on Thanksgiving Eve including about 0.49" of water equivalent at Snowbasin and 0.47" at Powder Mountain.  Amounts are lower in the central Wasatch. 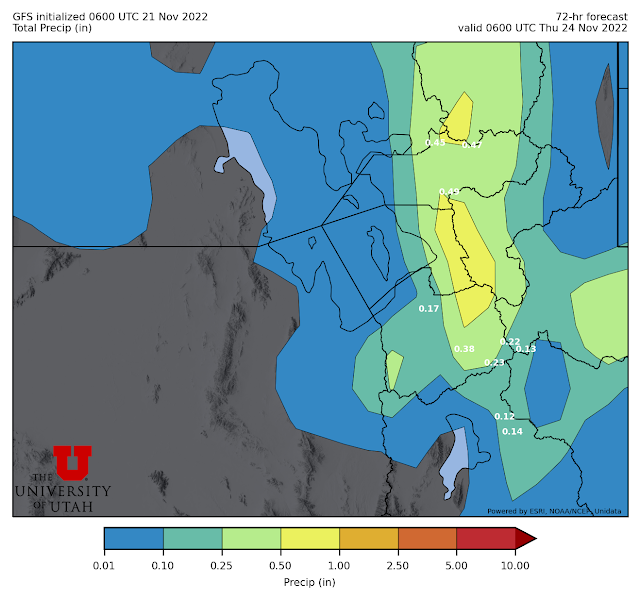 This is, however, an outlier solution.   The 0000 UTC initialized ECMWF keeps the short-wave trough and associated precipitation to the north and gives us nothing.

About half of the downscaled NAEFS members give Alta-Collins scant amounts, but there are some that are more excited, including one that goes off with almost 1.5" of water and 25" of snow. 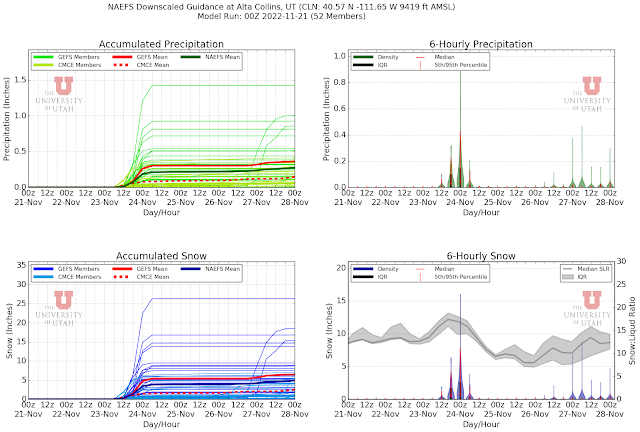