It was a great run over the past couple of weeks with some of the best early season skiing seen around here in the past 30 years. 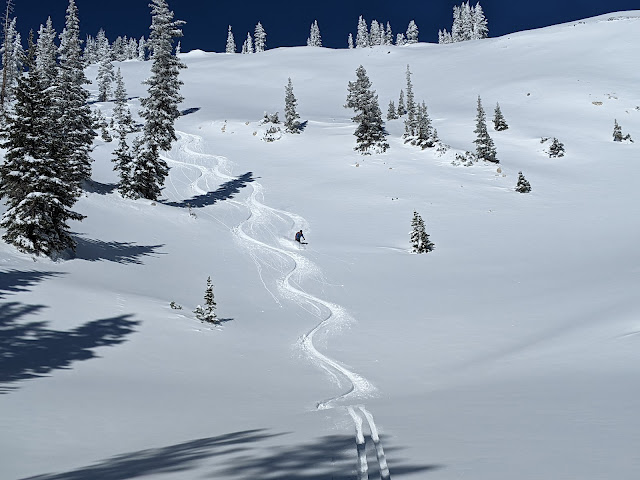 Coverage after last week's storm was quite impressive and for November 12, likely the 2nd best since 1990 based on long-term observations from the Snowbird SNOTEL.  Pent up desire was apparent in both the backcountry and at the resort with hoards of skiers ascending into the Cottonwood Canyons backcountry and resorts.

Sadly, the powder party is over for now as the pattern is shifting fairly dramatically.   Call it "Fall Break."  The GFS forecast below shows a high amplitude ridge developing along the west coast of North America early this coming work week (forecast below for 5 PM MST Tuesday). 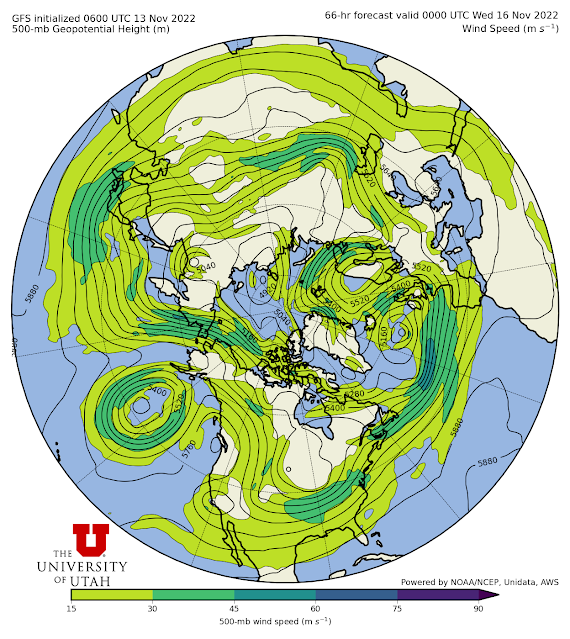 This ridge will dominate the upper-level flow and the relatively dry, cold northerly flow downstream of it will dominate the pattern in our region through next weekend.
Precipitation for northern Utah is scant in the GFS through 1200 UTC (5 AM MST) Sunday 20 November.

And the Euro agrees.
A few members of the NAEFS give us a few snow showers over the next couple of days (most of these will stay in southern Utah), and a few Canadian members some action toward the weekend, but pickings are mainly slim. 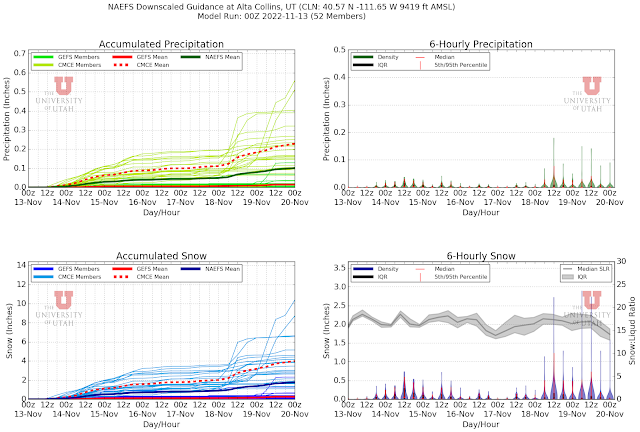