Three years ago I was in Japan on a trip that involved some skiing and collaborative work with scientists at the Nagaoka Snow and Ice Research Center (SIRC).  Joining me for the trip was University of Utah graduate student Peter Veals. 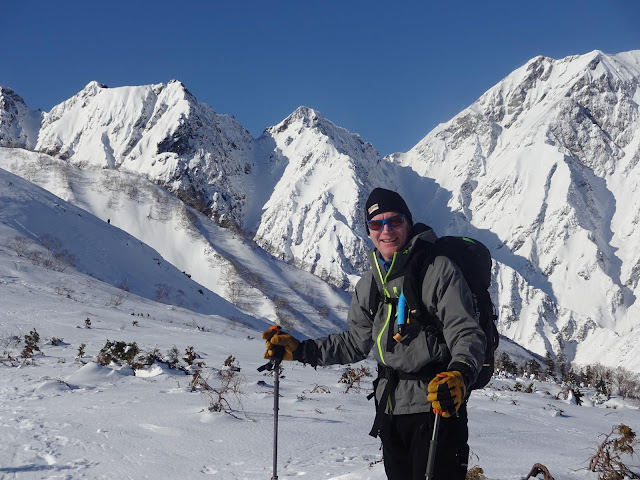 The tricky part in the Hida Mountains is having a day with stable snow and good visibility, and we were fortunate to have one.  It is possible to purchase a single ride ticket at Happo Ono or Tsugaike ski areas to begin your tour in the alpine.  Given the relief of the Hakuba Valley, I suspect this is greatly preferred by most ski tourers when the alpine is accessible, although you won't be alone as many opt to do this.  This was also necessary while we were there as the winter monsoon was off to a late start, so low-elevation snow was meager.

Conditions were really outstanding and we enjoyed a couple of pleasant powder laps.  Here's a shot of Peter, or as I called him that day, the luckiest graduate student on the face of the Earth. 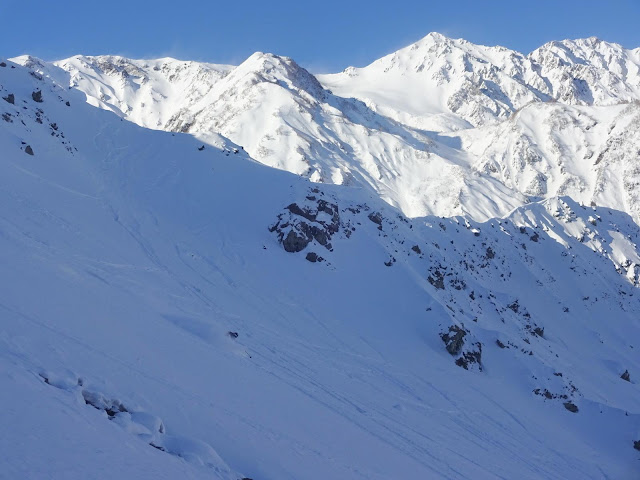 There are things you can do in Japan that you can't do in Utah.  Here I am enjoying cold pot stickers with bamboo in the background as we exited the tour. 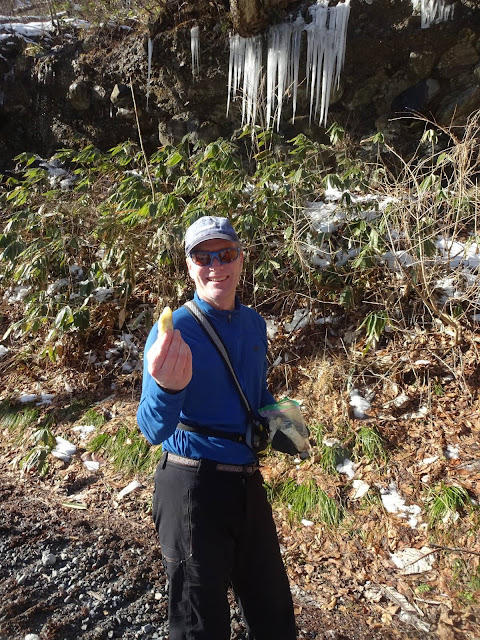 I often get questions about the snows of Japan and if you are interested, see out blog post A Primer on Sea-Effect Snows of Japan, or our forthcoming article for the Bulletin of the American Meteorological Society Perspectives on Sea- and Lake-Effect Precipitation from Japan’s “Gosetsu Chitai”.   The latter is coauthored by Sento Nakai of SIRC, who graciously hosted us during our trip and is pictured below with Peter and I and one of SIRC's snow-measurement systems. 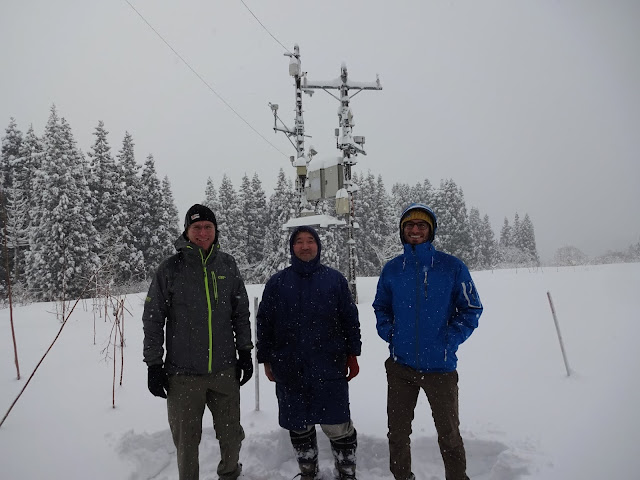 For readers who may be attending the Annual Meeting of the American Meteorological Society next week in Boston, I'll be speaking on sea-effect storms of Japan at 11:30 on Tuesday in room 258A.
By Jim S Posted at 1/06/2020 07:43:00 AM

Email ThisBlogThis!Share to TwitterShare to FacebookShare to Pinterest
Labels: Japan