I haven't been blogging much about the forecast of late and maybe that's a good thing.  I keep looking at the models and thinking the next storm is sort of ho hum, and then it overproduces, resulting in a so-called sneaker storm.

Last night provided yet another example.  SREF forecasts initialized at 0900 UTC 25 January (2 AM MST Saturday) produced anywhere from 3-12 inches with last night storm with a mean of about 8.

Thusfar, we're up to a 12 inch total, at the top of the ensemble range, and it's still snowing. 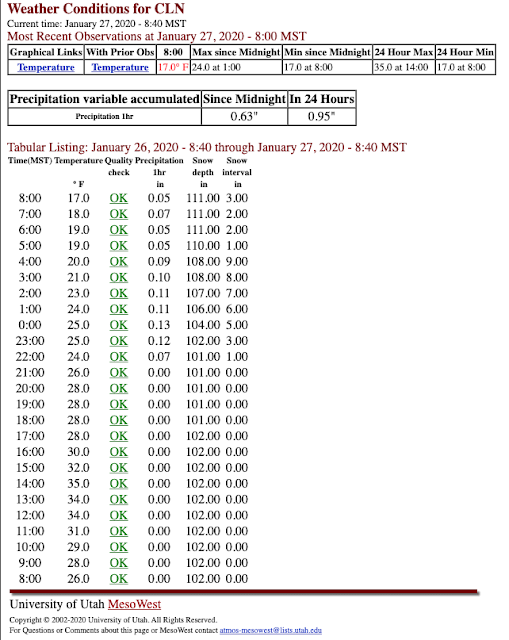 I could dig further, but who wants to jinx this run?  Let it keep coming.

The coldest temperature observed so far this winter at the airport is a relatively balmy 20˚F, which was the minimum on three days in December and two in January.  That's pretty pathetic.  We've never gone so deep into meteorological winter without a colder temperature.

Note, however, that we did get below 20 on two days in October, but that's not winter.  It's fall.  Remember, on October 30 we had the coldest day on record in October with a low of 14˚F.  We haven't been within 6˚F of that this winter!