It was a pretty good day for cloud viewing today.  First, there was a brief display of altocumulus undulatus at Alta. 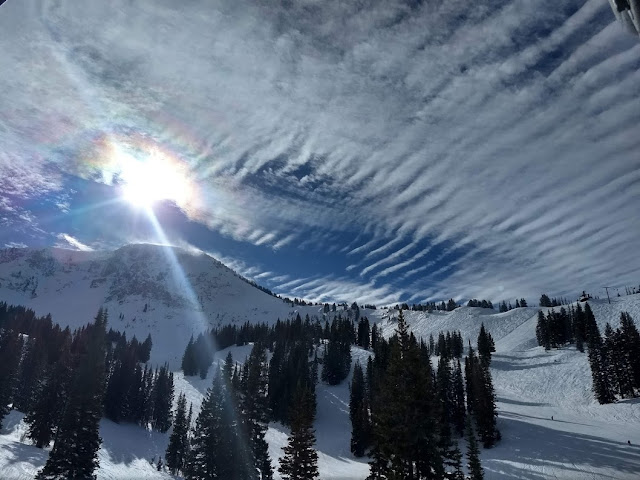 Such cloud billows were likely produced by a phenomenon known as Kelvin-Helmhotz (KH) instability, which occurs when strong vertical wind shear leads to atmospheric overturning.
Then there was a beautiful sunset, with lenticular clouds hanging over the central Wasatch. 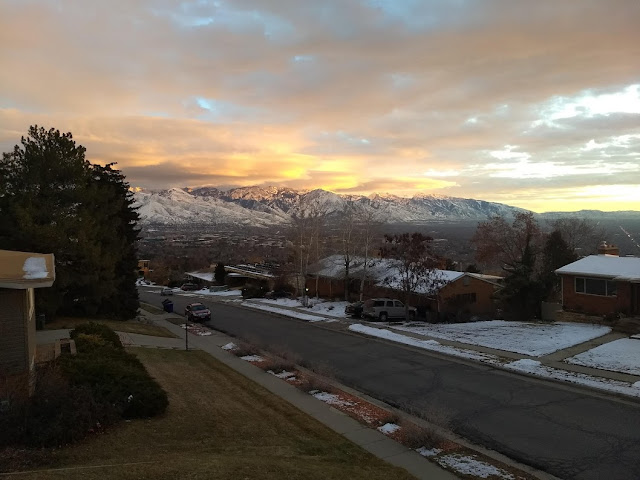 These stationary clouds were generated as the atmospheric flow was forced over the Wasatch Range.  Below is a web-cam video looking south from the University of Utah illustrating the stationary nature of the clouds (apologies if Blogger has coarsened the resolution, but my time is tight).


Finally, there's nothing too exciting about the altocumulus clouds below, but it was a pretty sunset over the Oquirrhs with a weak sun pillar, a vertical beam of light that in this case is above the sun and is caused by light reflecting off of ice crystals. 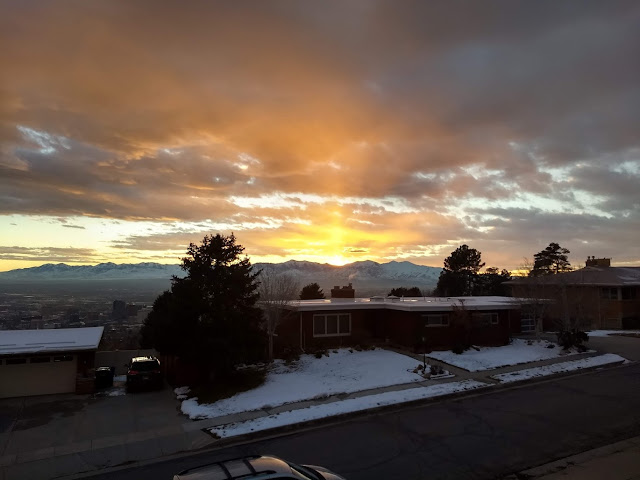