Catching Up and Looking Back

I've been unable to prepare a blog post in a few days, so it's time to catch up on several subjects.

I've been away from Utah for several days attending the Annual Meeting of the American Meteorological Society (AMS).  It is a noteworthy meeting as it is the 100th anniversary of the AMS.  When the AMS began, routine upper-air observations did not exist and the concepts of upper-level waves and the jet stream weren't developed.  Digital computers hadn't even been invented.  Radar wasn't invented.  Wireless radio communication was in its infancy.  Today, we observe the atmosphere from space, surface observations are ubiquitous and shared instantaneously, we get near instantaneous information about storms using radars, and some of the world's biggest computers are dedicated to weather prediction.  It is clear that meteorology has made incredible progress over the last century and that we should be excited about the next 100 years. 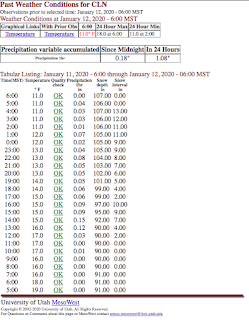 Technically, that might be a 96" snow depth as last summer the automated sensor was reading 4" when there was no snow on the ground.  I'm not sure if Alta has recalibrated it yet, but we'll assume the current reading is close enough for government work and will call it an even 100.

That observation also means we'll have a full month of Steenburgh Winter this season.  Steenburgh Winter is the crème de la crème of backcountry skiing conditions with a deep snowpack (i.e., > 100" or 250 cm) and a low angle sun (i.e., the period prior to February 10 when the sun angle and day length are starting to increase rapidly).  All of this is of course a bit vain and contrived, but this is a blog about snow snobbery and the backcountry cognoscenti know that a deep snowpack and frequent snowfalls in December, January, and February enable more days of good skiing on more aspects than they do in March and April when the sun has an increasingly caustic effect on the snow.

I didn't name this, but if you believe in it, I've been gone for some time and it's been snowing.  I return late tonight and after a last gasp of heavy snow very late Thursday night and Friday, there will be a break for a few days.  Coincidence? I think not.

One year ago today, Andrea and I arrived in Innsbruck to begin a semester as a Fulbright Visiting Professor at the University of Innsbruck.  We arrived to a Tyrolean winter wonderland as a major storm cycle had just ended in the northern Alps. 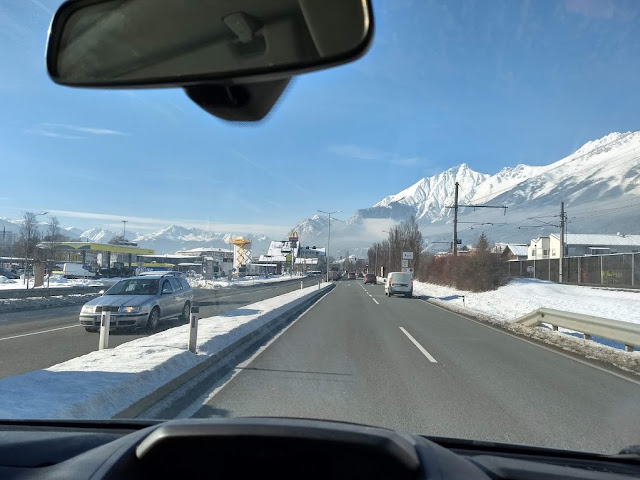