How Hell Freezes Over

October is the new January, at least in Salt Lake City where if you think it is cold this morning, just wait.

Yesterday, steady light snow fell along the east bench in the wake of the first of two major upper-level troughs that will plunge us into a deep freeze this week.  Snowfall rates were perfect for creating lovely scenes without too much impact on roads or trails. 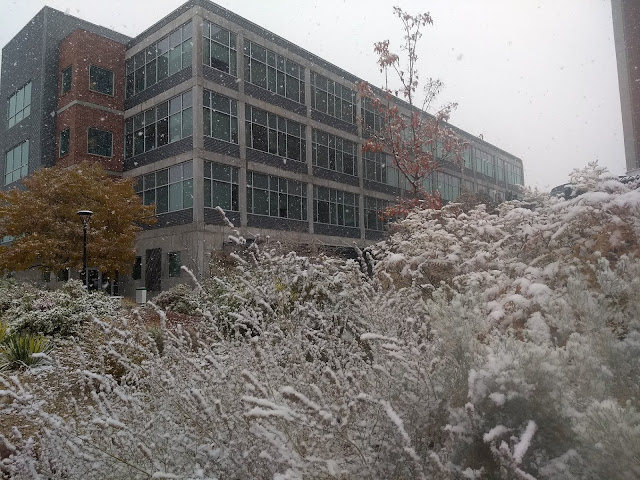 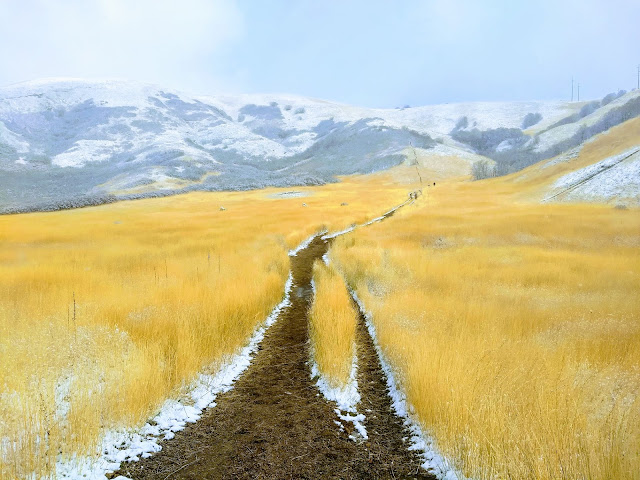 This morning, we had a minimum temperature of 22˚F at the Salt Lake City International Airport, a new record for the day.  Minimum temperature records have become relatively rare, so this is cause for celebration.  Hooray!

However, this is just the tip of the spear of the cold air as another system pushes in tonight and tomorrow, which will really make it feel like hell has frozen over.

Believe it or not, the circumstances leading to this deep freeze involve typhoon Neoguri, the remnants of which were off the coast of Japan at 0000 UTC 23 October (circled in red). 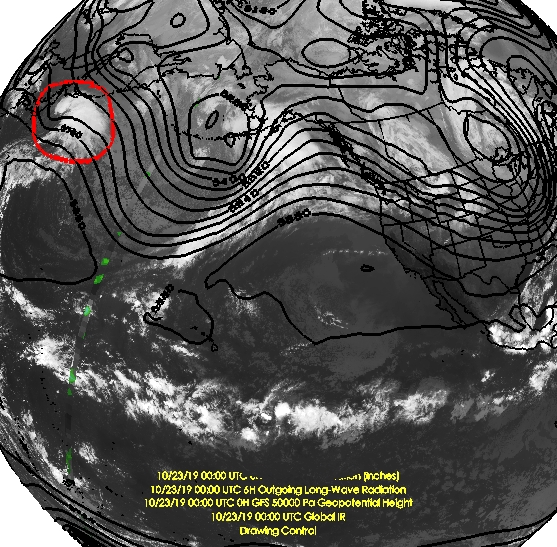 The amplification of this ridge (identified at 1200 UTC 27 October by a red line in the image below) led to an amplification and southward "digging" of the downstream trough over the western United States (long brown dashed line below), giving us yesterday's snow.  This process is known as downstream development. 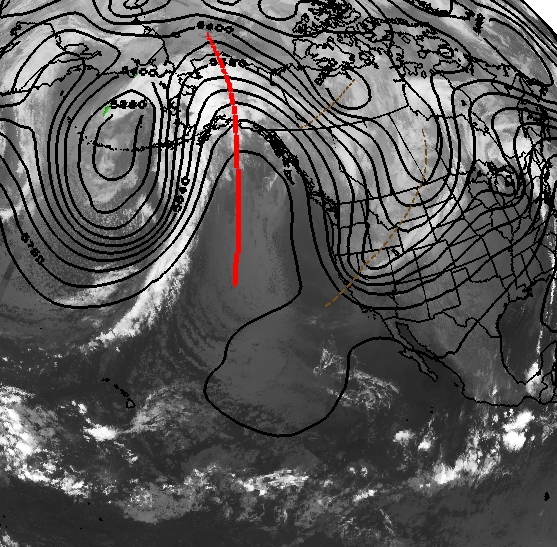 But Neoguri isn't finished yet.  If you look at the image above, there is a second short-wave trough over the Northwest Territories (brown dashed line), and it is coming to Utah tonight and tomorrow. 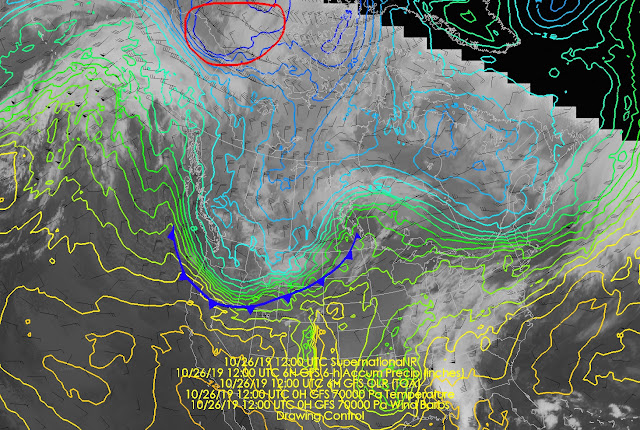 Now let's put that into motion. The cold front pushes through Utah, and then, the really cold air associated with the 2nd trough moves southward and into the state.

The GFS forecast valid 0000 UTC 30 October (1800 MDT Tuesday) calls for 700-mb temperatures of -19˚C in Salt Lake City.  As noted in an earlier post (A Scary Forecast with Halloween Approaching), temperatures that cold have never been observed in October at the Salt Lake City Airport (upper-air records dating back to the mid 20th century). 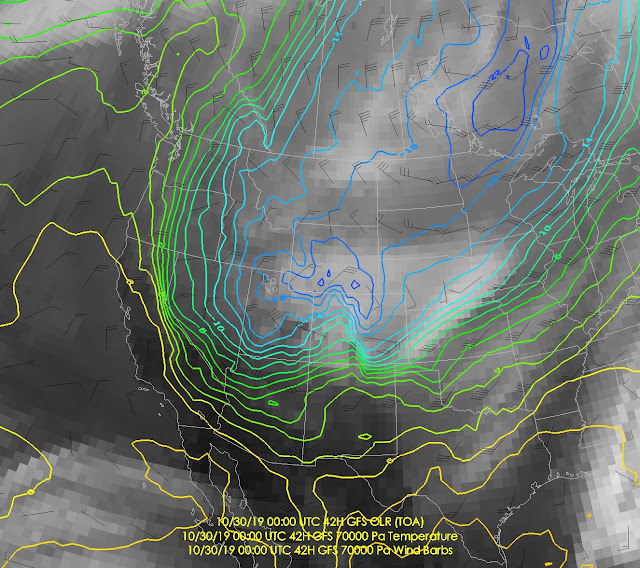 The NWS forecast for the Salt Lake City International Airport thus is calling for a low Tuesday night of 13˚F.

The record low for the month of October is 16˚F.

Indeed, this is as close as you can get to hell freezing over.