A Scary Forecast with Halloween Approaching

I'm putting in some time at the office today and just took a peek at the models. 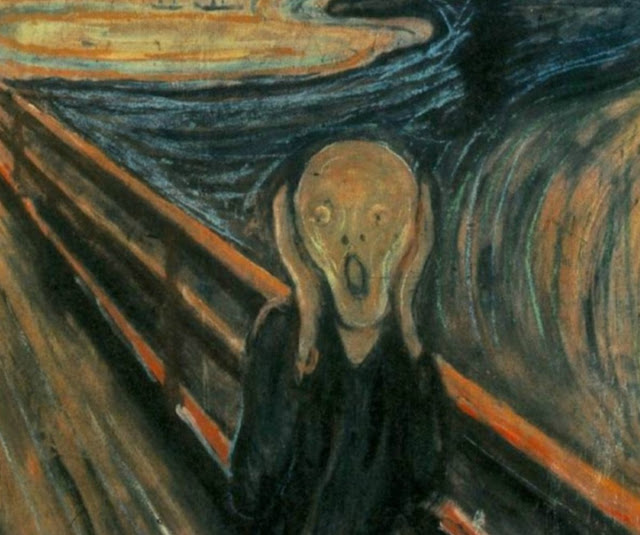 Yup, they are terrifying, with an airmass coming in that is NOTHING like anything we have seen in northern Utah since weather balloons began to be launched in the middle of the 20th century.  If you miss the cold of the old days, Mother Nature is going to be giving you a taste.

These numbers are utterly, totally, and completely ridiculous.  In the sounding archive for northern Utah, there has NEVER been a 700 mb temperature observed below -15.3˚C in October. 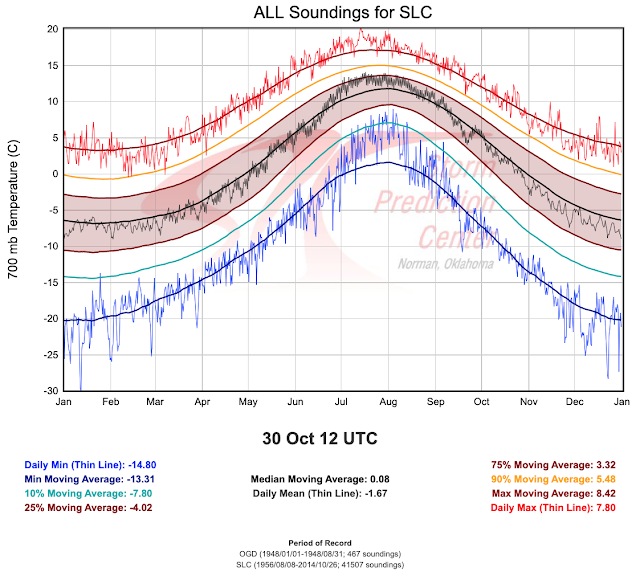 It is not hyperbole to say this is an unprecedented early season cold surge during most of our lifetimes.  According to the NWS Salt Lake City Forecast Discussion, the European ensemble forecast mean 700-mb temperature is -19˚C at 1200 UTC (0600 MDT) Wednesday morning.

It's going to be a cold halloween.  Yes, it will be important to keep the kiddies warm, but this is also a situation where the homeless will be at serious risk.  Prep your house and car if you haven't already and pick any vegetables you have remaining.

Finally, monitor official forecasts.  Much is going to depend on the exact track and strength of the synoptic systems responsible for the cold surge, but portions of northern Utah could see some snow (and with such low temperatures, it is going to stick) and it is possible that we could see downslope canyon winds as well.