Scenes from the Südtirol

The Italian province immediately across the Brenner Pass and Alpine Divide from Austria's State of Tirol is widely known as South Tyrol in English and indicated in red below.

However, to make it complicated, three major languages are spoken in the province, and thus it has three names: Autonome Provinz Bozen – Südtirol in German, Provincia autonoma di Bolzano – Alto Adige in Italian, and Provinzia autonoma de Bulson – Südtirol in Ladin.  Most people I know are German or English speaking, so Südtirol or South Tyrol are what I hear it called most frequently.  I've gotten used to the German spelling "Tirol" while here, and so I will incorrectly refer to the region as South Tirol here to add more confusion.

Tirol and South Tirol and some other parts of the surrounding area have be divided, united, and under various parties for a long time.  The history is fascinating but complicated, so I won't go into details here.  I will just say that today there is considerable transnational cooperation between Tirol, South Tirol, and Trentino a but further south.  For example, the three states and provinces publish a multilingual avalanche report.
I have been through the South Tirol a few times on train, but have never visited there.  We decided to go down on Saturday for a day trip to provinces largest city, Bolzano, which one can get to from Innsbruck by train.

There are many beautiful castles, fortresses, and other old-school structures in Bolzano and the South Tirol.  We spent a short time at Runkelstein Castle pictured below. 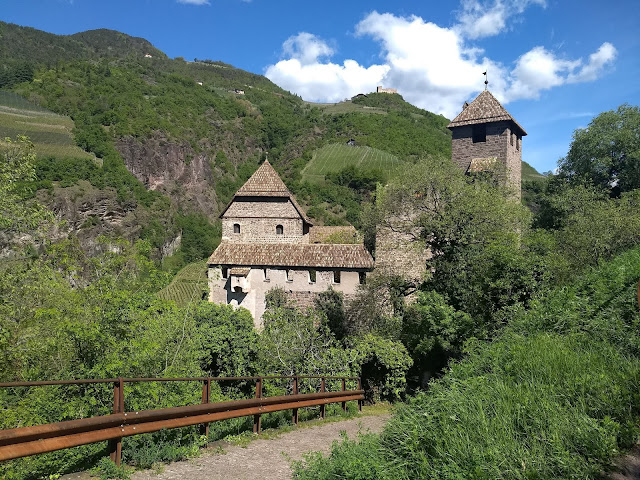 We also strolled by the Maretsch Castle. 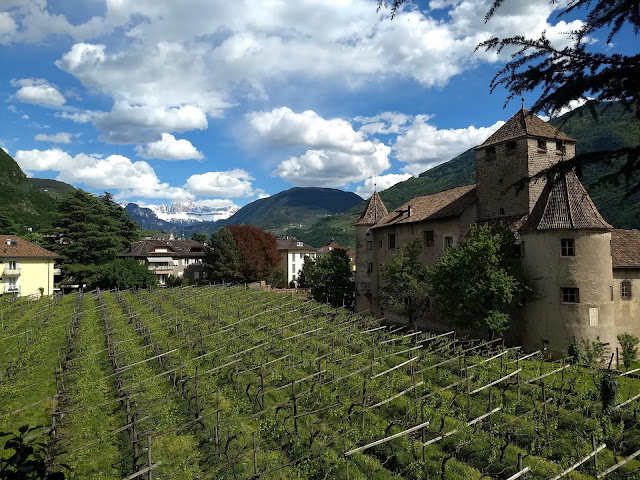 There are at least two cable cars that head up into the hills from the perimeter of Bolzano.  We elected to head up the  Fenuvia San Genesio, an ancient 20 passenger tram that takes you up to San Genesio Atesino Janesien (I guess that's the name of the town).  We then explored the town and went for a hike to get some views of the Dolomites and other ranges of the South Tirol. 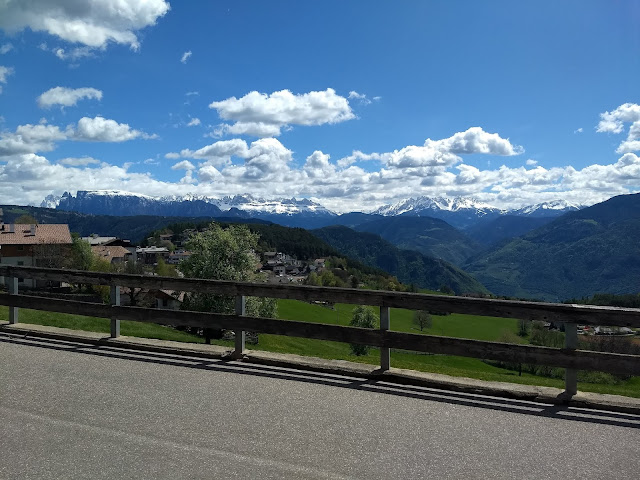 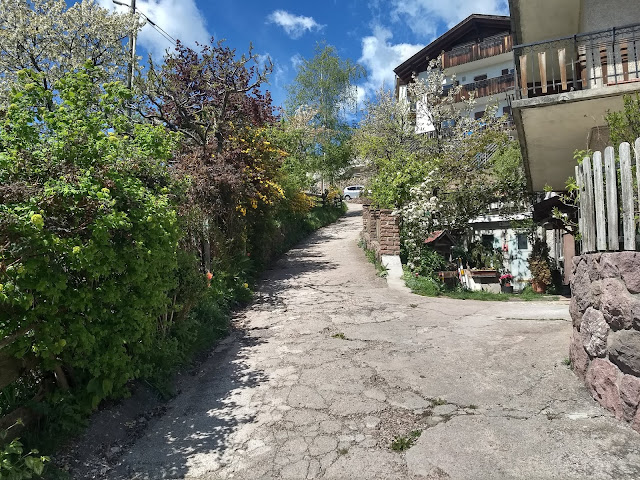 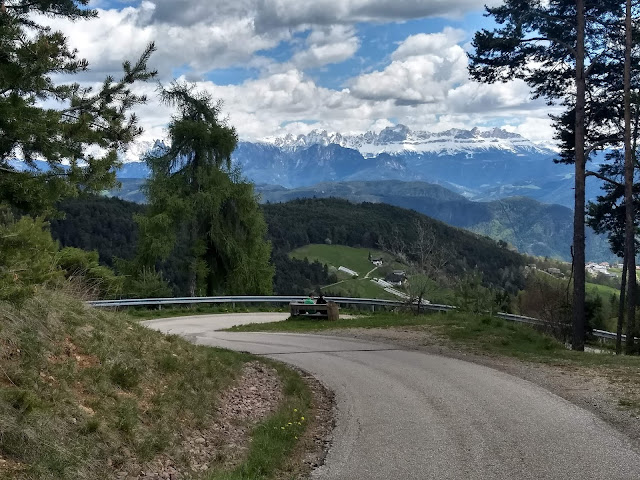 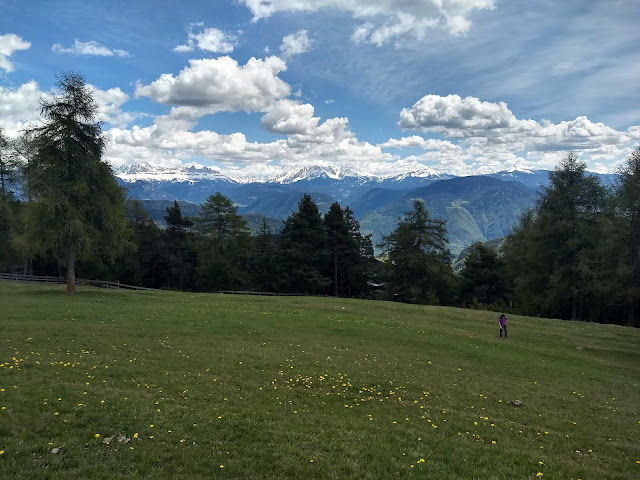 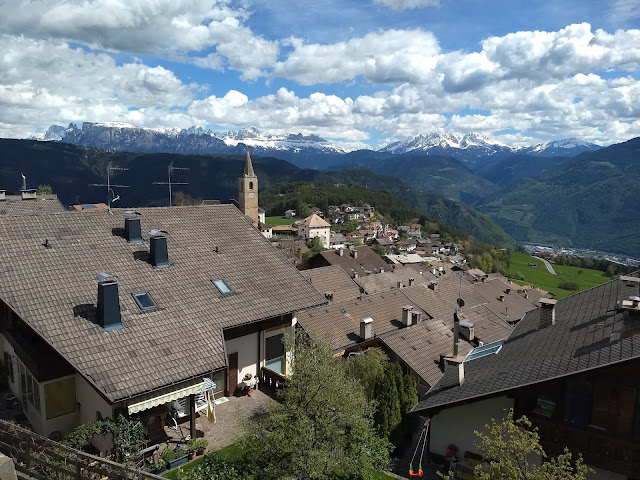 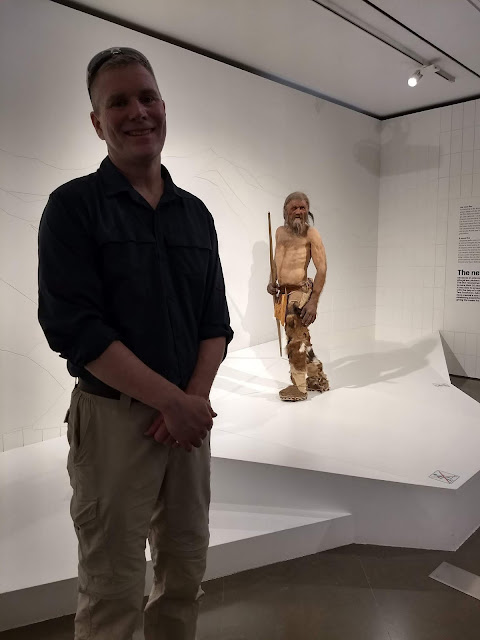 We've found that mixing hiking and historical sightseeing make a good modus operandi for day trips from Innsbruck.  The high country is still covered in snow, so the best hiking is down low and one can almost always find someplace interesting to explore within walking distance or short bus/tram ride from a train station.  Mix in lunch at a hütte or gasthaus and an afternoon gelato stop and you have yourself a pretty good day.  We also have a discount card for half-price train tickets, which makes transit far cheaper than car rental.
By Jim S Posted at 4/28/2019 06:06:00 AM

Email ThisBlogThis!Share to TwitterShare to FacebookShare to Pinterest
Labels: Italy