One of the great things about living in Salt Lake City is easy access to hiking and mountain biking trails.

The same can be said of Innsbruck, although a strong argument can be made that the situation here is even better.

We are staying in Hötting, an area of town just north of the Innsbruck's old down and just left of center near the bottom of the valley below.  Much of the area north of the Inn River shares similarities with Salt Lake's Avenues neighborhood in that the slopes are south facing and there is an extensive trail network in the mountains above it. 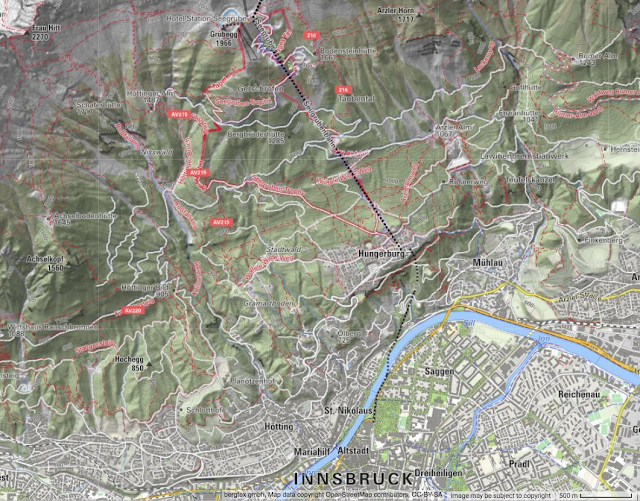 However, there are some major differences.  First, the lower slopes are tree covered.  Second, the relief extends up about 1750 vertical meters. Finally, there are restaurants and guest houses to find and stumble home from.

Now that the days are longer and the snow line is retreating up the mountains, we've begun explore the area.  Our most direct route up the hill follows the "Höttinger Höll" climbing route used in the 2018 Road Cycling World Championships.  For a few blocks, one ascends through the city, but eventually the homes become scarcer.  The paint from the World Championships is faded, but below reads "Welcome at the Highway to Höll" (Höll=Hell) with a 28% circled in red (barely discernible), indicating the grade that lies just ahead. 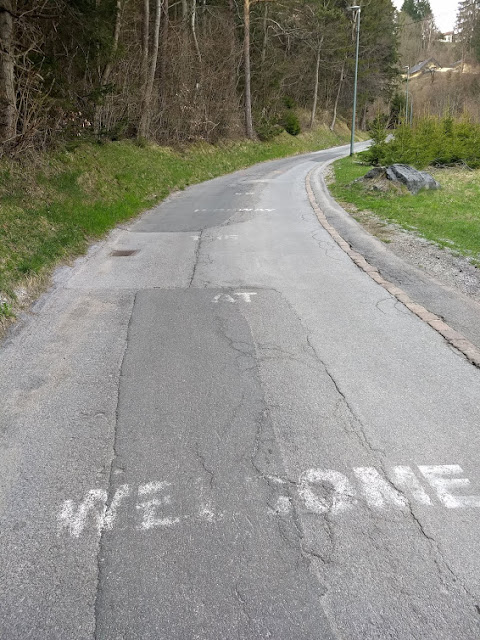 
You can probably find a recap of Alejandro Valverde's win somewhere online.  We saw a replay of it on Eurosport about a month ago, which was cool since we now know the neigborhood.

Near the 899 meter high point indicated in the video above, one can venture onto the trail system for hiking or mountain biking, with not only views, but also options for treats.  Below is the Umberüggler Alm hut, which provides valley views, adult beverages, meals, and deserts. 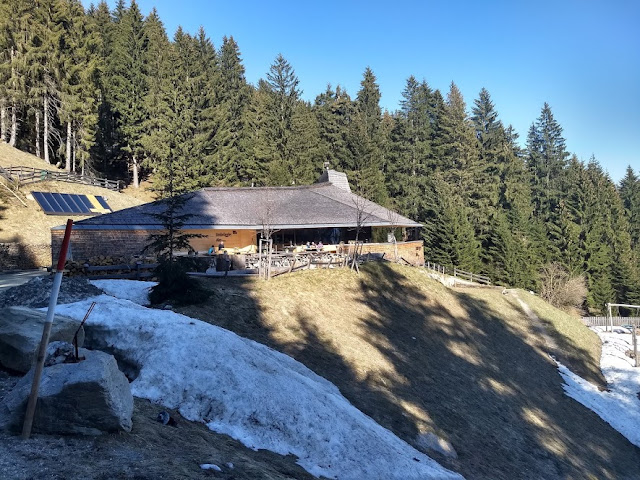 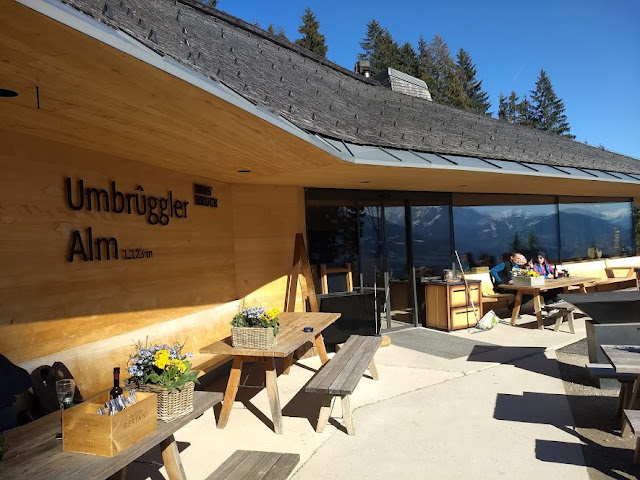 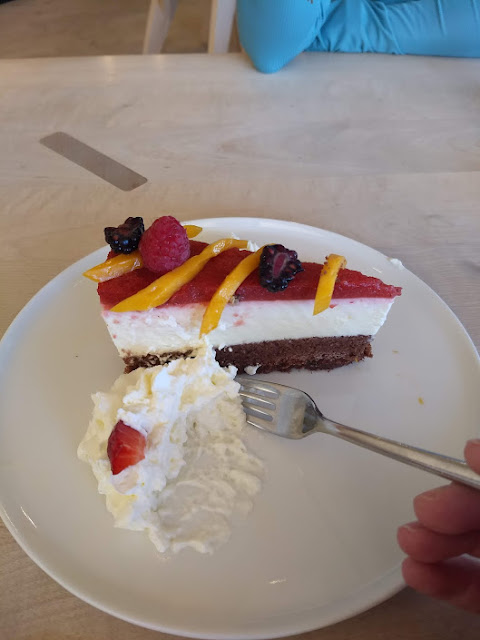 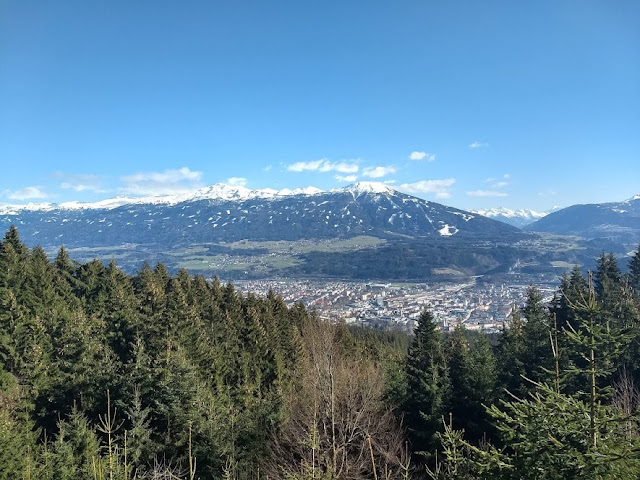 It just opened for the season last week when it was possible to either hike to it from below, following a plowed road, or ski to it from the Nordkettebahn cable car.

There are some guesthouses further down the mountain as well, which make easy targets for a Friday dinner.  Cheers! 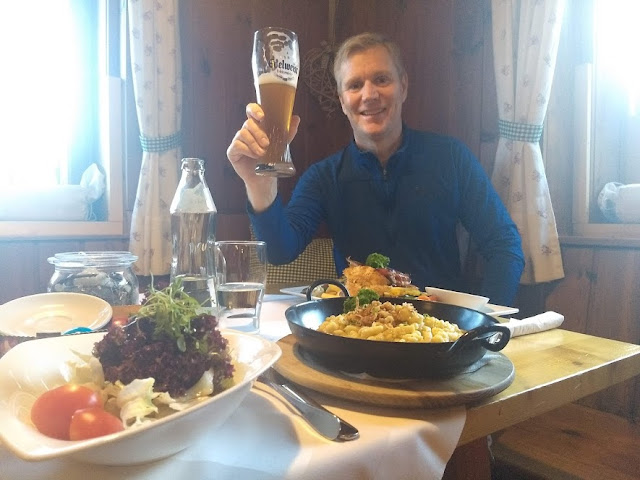