As far as ski areas go, the Patscherkofel south of Innsbruck was not blessed with great meteorology.  I often think sarcastically that it doesn't snow very much there, but at least the wind blows hard.  It is surrounded by higher terrain, so it doesn't get a lot of snow, and it is highly exposed to strong southerly "Foehn" winds that issue from the Brenner Pass and down the Wipp Valley.

It does, however, have a couple of things going for it.  It is close to Innsbruck and it sits at the end of a bus line with a stop near our apartment, with no charge if you are carrying skis during the ski season.

As a result, I have ski toured the Patscherkofel nearly once a week since we arrived.  It is very popular with tourers like myself looking for a quick workout, and you can have a treat at one of the mountain huts near the summit.  Below are a couple of photos from late January when the area was a winter wonderland. 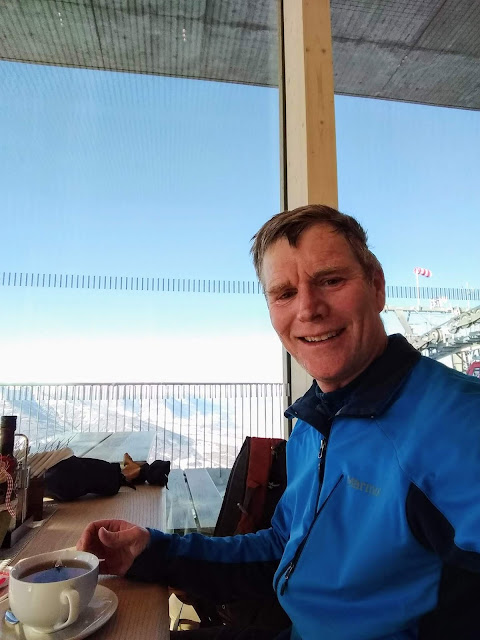 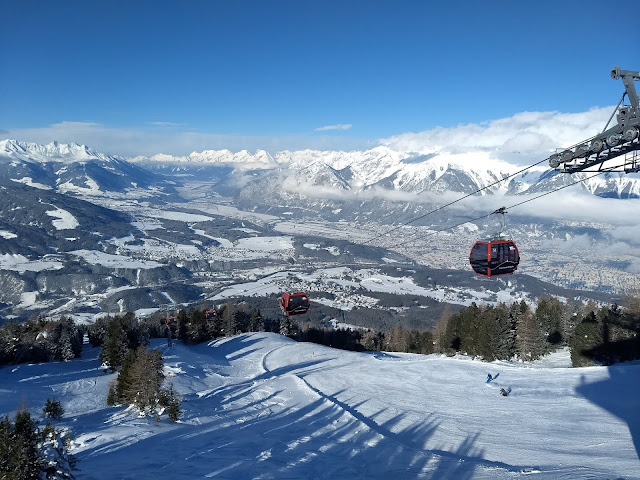 Today was less appealing, but my last chance for a final climb.  They got perhaps 10 or 15 cm of the world's finest Cascade Concrete on the upper mountain.  Fortunately, the tea and strudel still make the trip worthwhile. 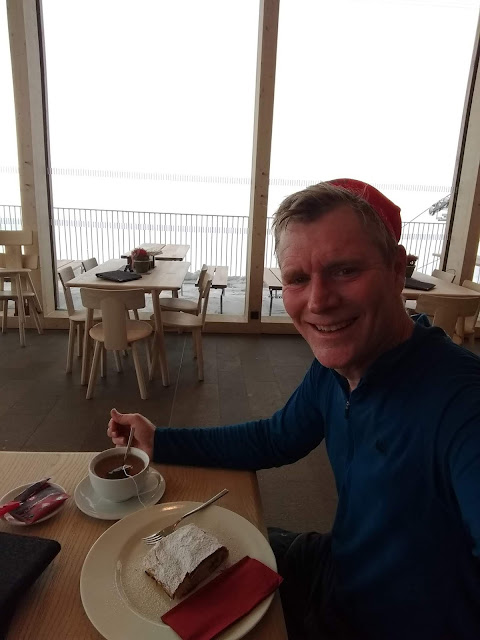 Views could be worse.  The upper mountain was in the cloud sandwich, between a layer of altostratus overcast and stratocumulus undercast.  I was glad to be in the middle as most of my climb seemed pretty foggy, although with the humidity high, my glasses were fogged almost the entire way.

I would guess that the ratio of human-powered ski tourers to lift-riding alpine skiers was about 1 on this day.  There were about 20 of each.

The skiing down reminded me of a dank spring day in the Cascades with high-density snow sitting on an old, dirty slush layer.  This stuff actually doesn't ski all that bad, although perhaps my standards have lowered some since leaving Utah.  Looking at the picture below makes me realize that this is indeed the case. 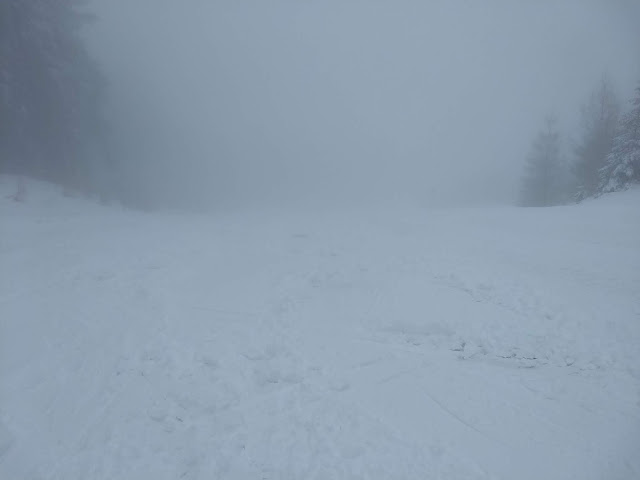 The short walk to and from the bus stop is always fun as you go through old buildings on narrow streets.  We've come to know this neighborhood well. 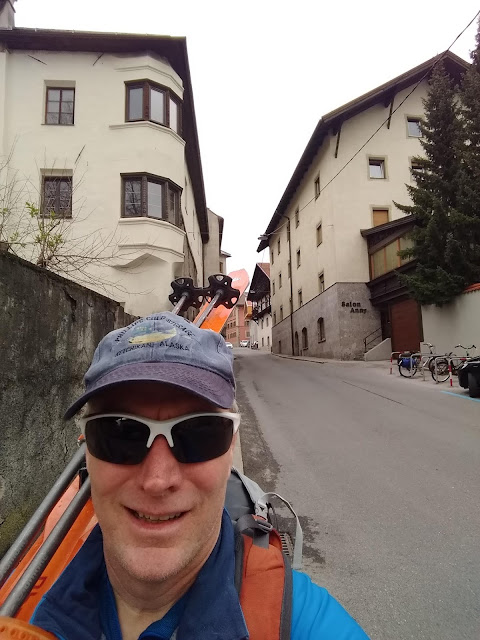 One of the great things about Innsbruck is that there are no stares when you walk around town with skis.  One sees skis everywhere. 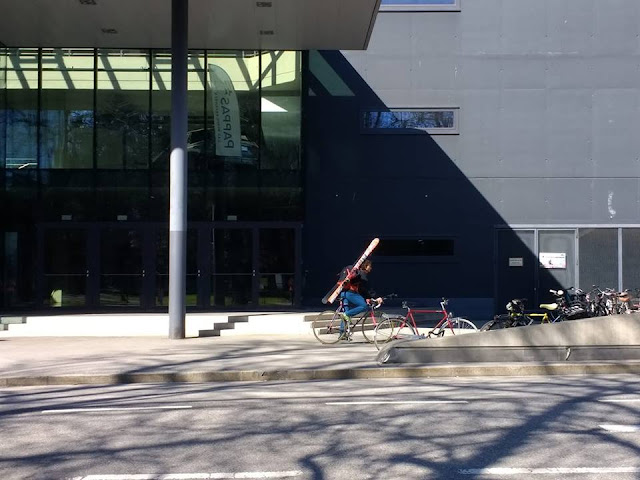