It's worth looking back at yesterday's radar loop because it exhibits several phenomena, some meteorological, some non-meteorological.  In particular, note in the loop below the persistent radar echoes over the Wasatch Range, then the development of a very pronounced north-south oriented band south of the Great Salt Lake, and then finally some north-northwest to south-southeast oriented bands at the end of the loop over northeast Nevada.

What is all that stuff? 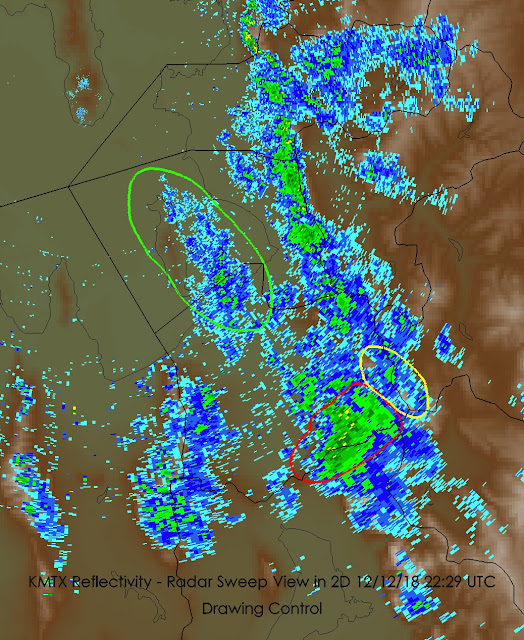 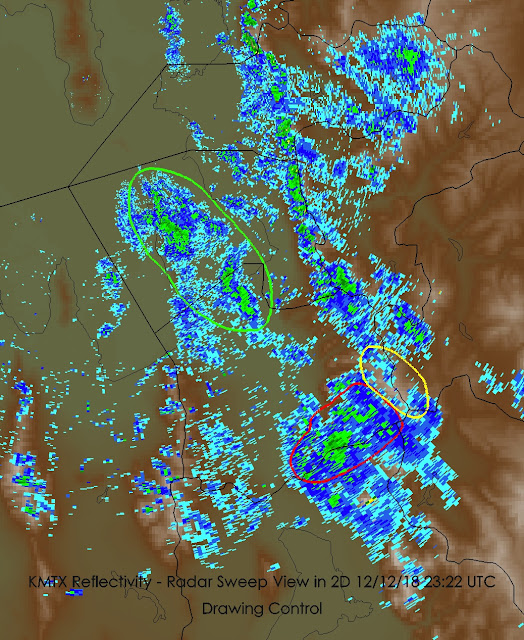 This storm stage is one reason why snowfall yesterday was greater in Little Cottonwood than along the Park City Ridgeline, as suggested by snowfall reports this morning (Snowbird 14", Alta 12", Brighton 8", Park City 5").

Now lets increase the degree of difficulty a bit.  At 0102 UTC (6:02 PM MST), a pronounced band of extended from the south shore of the Great Salt Lake across the Tooele Valley, and over the Rush Valley.  Some might expect a lake-effect snowband, but it wasn't.  In all likelihood it was produced by birds, possibly eared grebes. 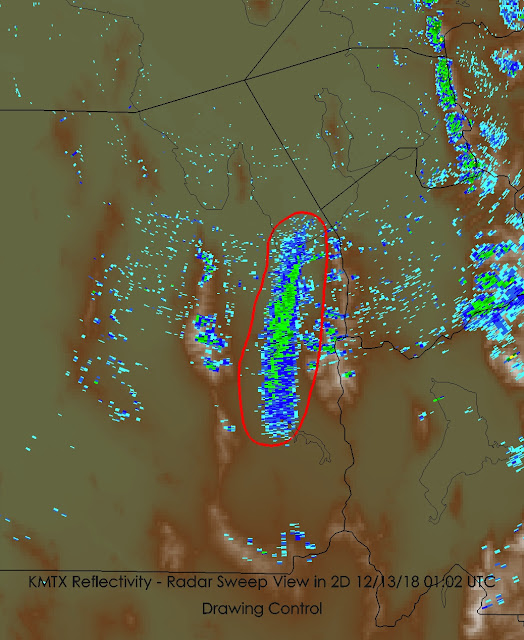 This is the time of year when eared grebes tend to migrate southward, taking off in large concentrations for southern climates.  They typically become detectable on radar about 30-90 minutes following sunset, as was the case yesterday.  For more information, see our previous post Birdbrained Meteorology.  The loop below shows this southward migration very well.  Ambitious readers could check radars along their flight path to southern California.  In some instances, they can be detected on those radars as they continue southward.

Finally, ratcheting up the degree of difficulty further, there are the bands over northeast Nevada. 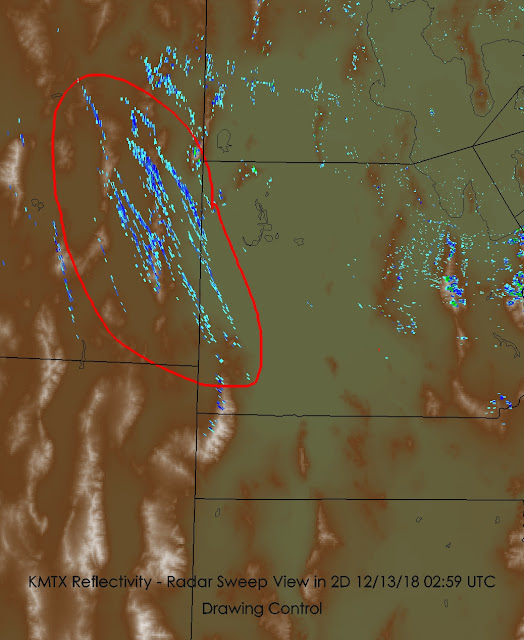 I suspect these are chaff, countermeasures used by the military to confuse radars and sometimes used for military training at various bases in the western U.S.  We see it frequently drifting around on western radars.  This is, however, an educated guess requiring further investigation.

National Weather Service radars are polarimetric and provide information that help discern birds and chaff from precipitation.  I lacked the time this morning to have a look at that.  Perhaps others can investigate.
By Jim S Posted at 12/13/2018 08:15:00 AM