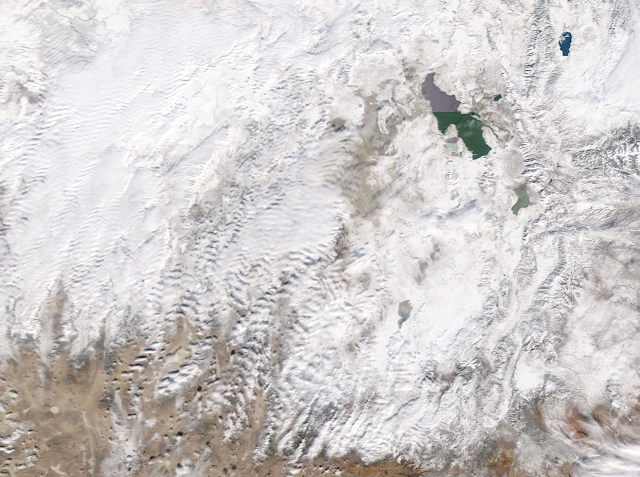 Such clouds are produced in situations when the wind speed increases rapidly with height and the atmospheric stability decreases above a crest-level stable layer.  Such conditions were very apparent in the afternoon sounding form Elko.  Note how winds increase from 10 knots at about 725 mb to 130 knots at 300 mb, the existence of a sharp inversion near 725 mb, and then a decrease in statisc stability from 700 to 500 mb. 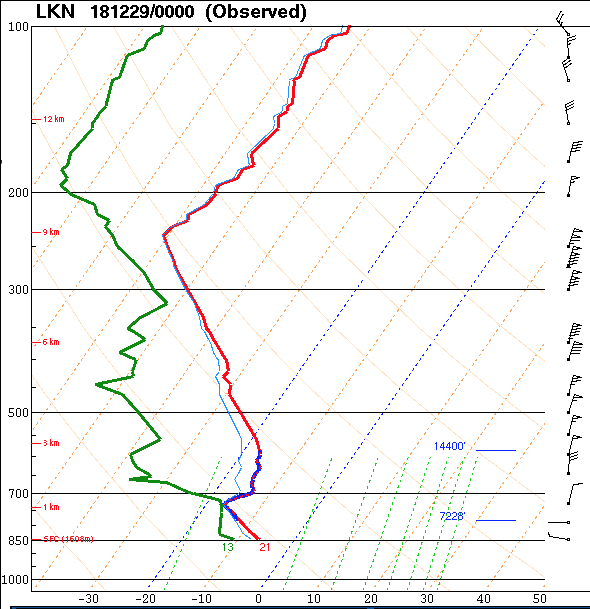 This leads to a sequence of lee waves downstream of the mountains.  Clouds can form in the wave crests and dissipate in the wave troughs if the humidity is right, as was the case yesterday.

Mountain waves were also evident over the Wasatch Range yesterday.  Note the wave-like undulations in the clouds in the photo below.

Really, the mountains are generating waves pretty much all time time, but you need clouds to see them.  Their structure, however, varies.  Sometimes trapped lee waves are produced.  At other times, the waves may be confined to directly over the mountain.  Much depends on the characteristics of the flow and the atmospheric stability.
By Jim S Posted at 12/29/2018 11:56:00 AM