I got out for my first ski tour of the season yesterday and was pleased to see more snow than we saw probably at any point until late January of last year.  Conditions were good, with the snowpack dictating cautious meadow skipping. 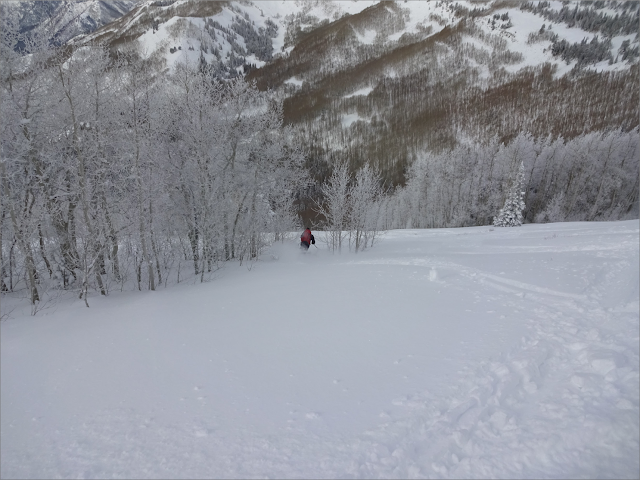 USA bowl was apparently the "it" place for most as it looked nearly as tracked as Solitude did across the street. 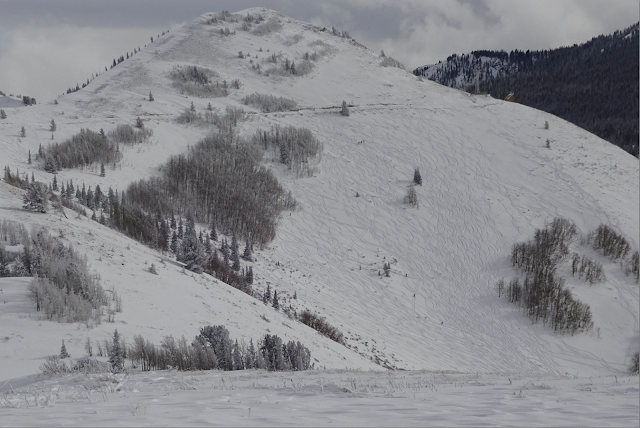 The resorts were packed as traffic in the canyon was clogged in the morning and cars were parked up and down the road as far as the eye could see.  Sadly, we enter another season with little progress made to alleviate congestion and no real plan in sight.

Shifting to more positive news, the snow continues this morning with about 4" of pixie-dust overnight on the Alta-Collins stake through 8 am.  The situation right now is quite interesting as we are basically just to the northeast of an area of strong northwesterly flow where there are a number of small-scale eddies, known as mesovorticies,.  I have identified three of these vorticies in the 1-h RAP forecast below, which is overlaid on the 1500 UTC (8 AM MST) satellite and radar pattern below. 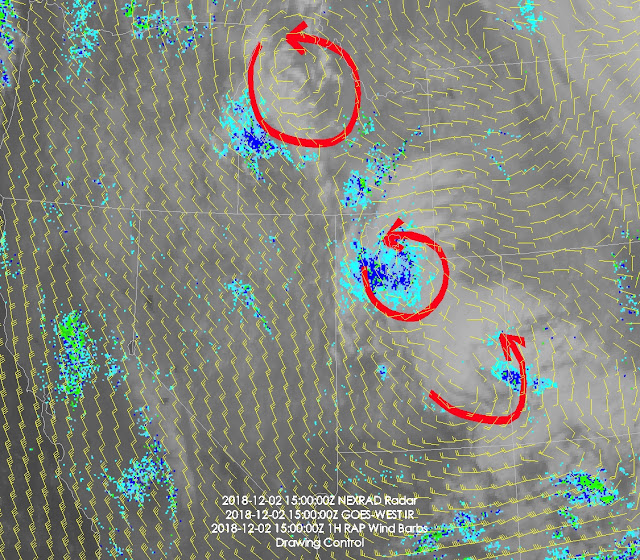 The circulation associated with the middle mesovortex is clearly evident in the radar image below.

This is a situation in which the radar isn't really all that useful for inferring what is happening in the central Wasatch.  Note the the lack of echoes, or the existence of only very weak echoes, in the imagery above, especially on the Park City side.  Nevertheless, it is clearly snowing over there. 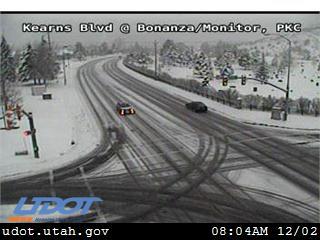 There are a number of possible reasons for this.  One is that the storm might be quite shallow, so the radar beam is overshooting shallow snow-producing clouds.  Another is that the water equivalent rates are very low (i.e., the snow is low density) and the ice crystals are relatively small, and thus the snow is producing very little backscattering of energy back to the radar.

The periods of light snow will continue today and tonight.  I'll be honest.  I'm not sure how much we're going to see.  The flow is weak and shifty and the snow-density is very low (probably 5% or so), so a small amount of water adds up to a lot of snow.  Further, check out the spread in water equivalent for Alta being produced by the models.  Anywhere from 0.1 to 0.9 inches from 2 AM this morning through 5 AM MST tomorrow morning (03/12Z).