It was a spectacular weekend in the mountains with clear skies and mild weather producing widespread smiles.  Ski touring on Saturday was pretty good, although it required effort to get to untracked powder.  The groomers at Alta today were really fantastic, at least in the morning, when the snow was grippy and you could really lay trench.  Although we need a refresh and another 2-4 feet in the backcountry would really help open up some brushy terrain, the situation is a major improvement over last season.

After the Wednesday night storm, it has sadly taken only a couple of days for the pollution to return.  The current situation is quite a bit different from that earlier this week because we have an incredibly strong inversion in place right now very near the valley floor.  This morning's sounding showed a surface temperature at the airport of -2.7˚C with the temperature increasing with height to 6.4ºC at 828 mb (5800 ft).

Compare that to the sounding from last Tuesday when the inversion was elevated and we were actually mixing through a deeper layer that was capped by clouds.


With a strong inversion in place near the valley floor, spectacular conditions are found in the mountains, such as the view below from the top of the Supreme Chair at Alta. 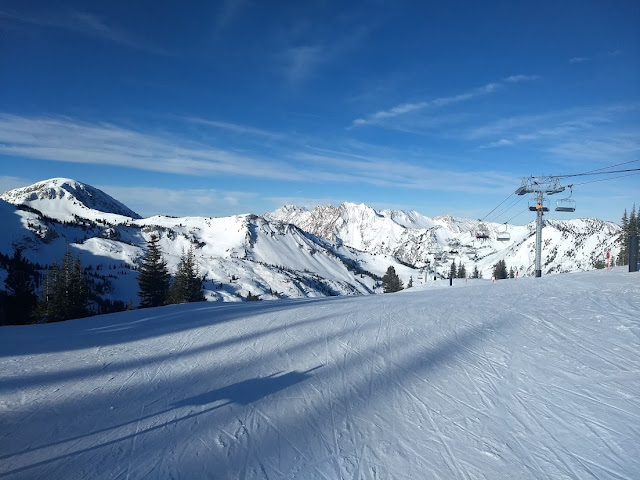 However, a shallow layer of smog lies over the Salt Lake Valley as can be seen looking NW from SR-210 just north of Little Cottonwood Canyon. 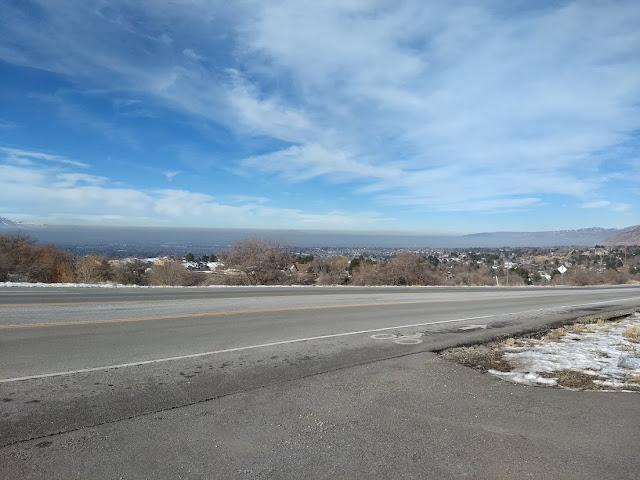 The shallowness of the pollution layer is also evident this afternoon in the upper Aves. 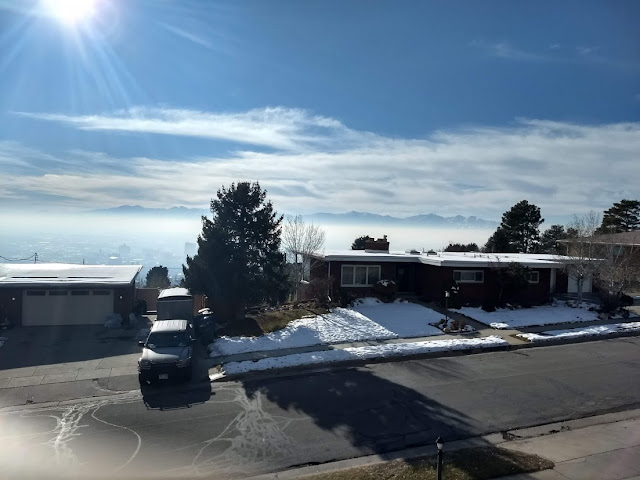 I suspect the smog will deepen some this afternoon as the lake breeze pushes southward into the Salt Lake Valley.  That is a common occurrence during these shallow inversion events.

A splitting trough coming through tomorrow will try to stir things up.  The southerlies in advance of the system were evident on the ridge tops today.  It's not a lock, but let's hope it comes through.
By Jim S Posted at 12/16/2018 02:24:00 PM