The tax man cometh and hath taken away your spring.

Following a high of 75˚F yesterday, it makes perfect sense to wake up to a coating of snow this morning.  After all, this is spring in the Intermountain West. 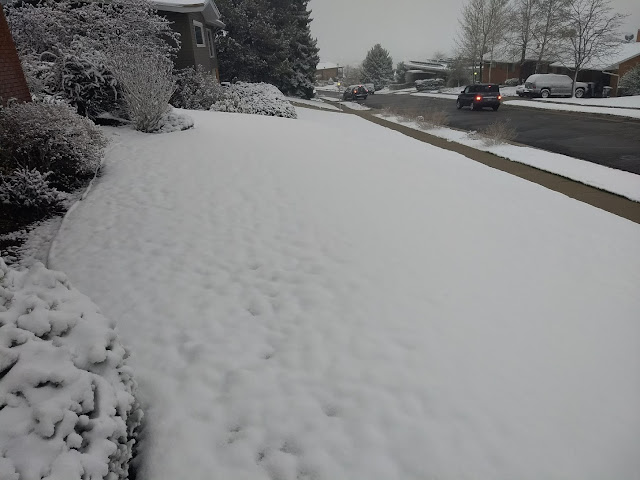 Most of that snow was produced by the passage of the frontal band overnight.  However, early this morning, lake effect got going and trained off into the Salt Lake Valley eventually shifting eastward into my neighborhood, namely the Avenues and University of Utah at around 1340 UTC/0740 MDT.

Most of the precipitation falling from then through 0800 MDT was in the form of graupel, which is basically a small ice pellet formed as supercooled liquid water droplets freeze on contact with ice crystals.  The graupel was relatively warm and cohesive and clung together just enough for demonstrations of the viscoelastic nature of snow. 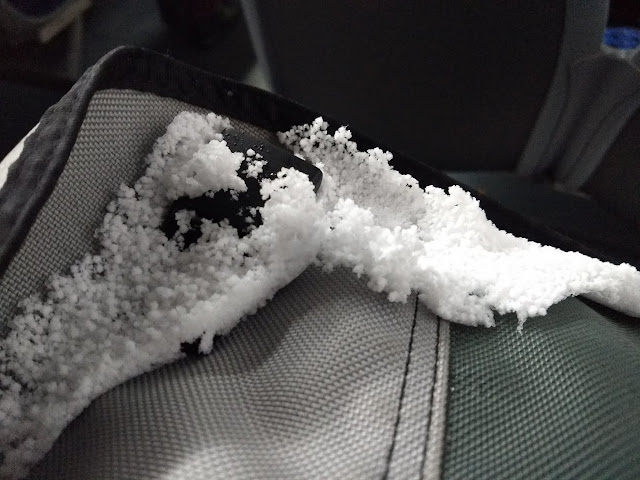 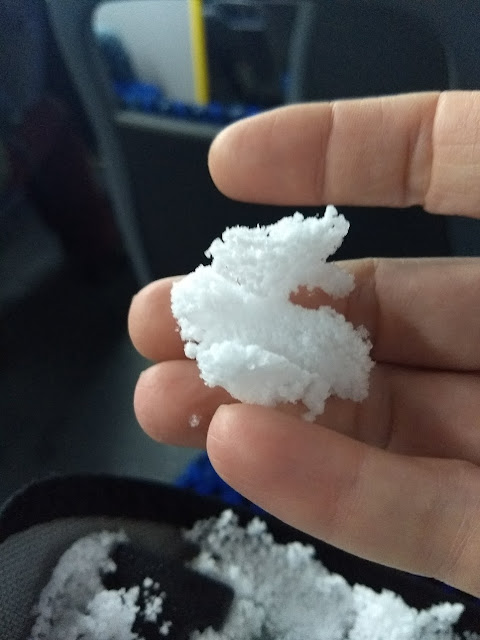 The ski cognoscenti know that graupel is wonderful to ski on.  I would take a good, prolonged graupel storm over the cold smoke any day of the week.   The first thing that came to mind when the graupel started falling as I walked to the bus was, "I wish I was skiing!"

A couple of additional factoids about graupel.  Because of it's higher density and fall speed, and in some cases large size, it can often penetrate farther below the freezing level than regular snowflakes before melting.  Second, it is one of the ingredients for getting charge separation and thunderstorm development.  I haven't seen any lightning detections so far in this storm, but it happened in our lake-effect event last Friday.

I'm looking for some Dynafit ski crampons.  110 mm or 100 mm width.  If you have a used pair to sell, drop me a note at jim.steenburgh at gmail.com.