Humans have a difficult time grasping events that our outside their range of experience.  I learned a lesson in that yesterday.

Interested in exercise and seeing the aftermath of the remarkably warm storm on Saturday, my partner and I opted for a short, low-angle ski tour above Alta.  What we found was a remarkably stout and slick rain crust between above about 9200 feet to where we opted to quit climbing at 9500 feet. 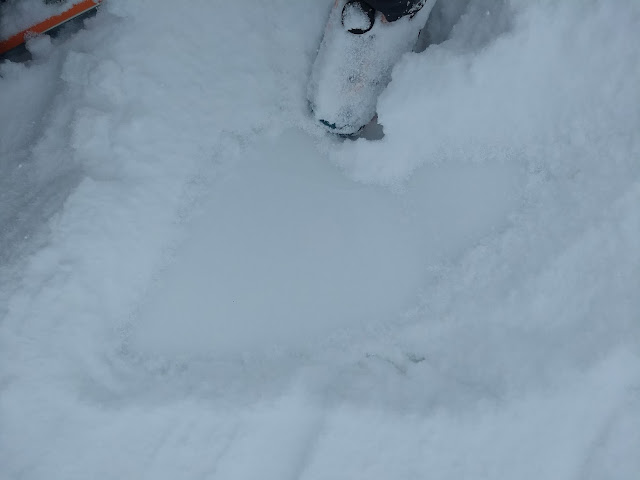 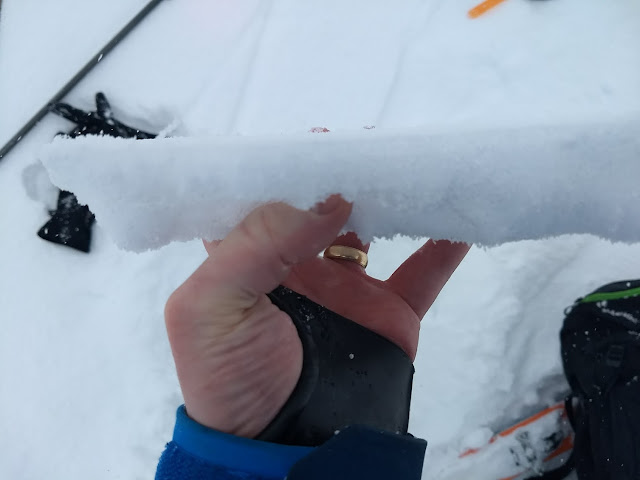 This is the type of rain crust that I recall from my youth in upstate New York.  Essentially impenetrable by skis.  In this case, it was about 1 cm thick, with the snow below that still setting up.

Meanwhile, it was graupeling and at the time it was 0 to 8 cm deep, with the variability due to wind transport on the very slick surface.

We opted to head back down, skiing a low angle line.  Certainly what I thought was a very low angle line.  However, as my partner descended, the graupel began to sluff.  I shouted to him and he skied into the pucker trees on the right without incident.  I then watched the slough slowly slide downhill and eventually descend into Toledo Gully.

Here's the upper portion of the slough.  I measured the slope angle at this location at 20 degrees.  I didn't skin back up to check the starting location, but visually, I don't think it could have been steeper. 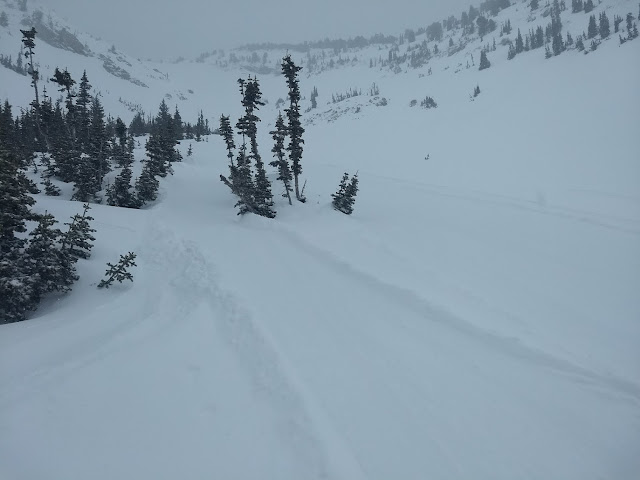 As the slide continued downhill, it entrained snow above and within Toledo Gulch, a narrow terrain trap that bisects the skin track to Cardiff Pass.  The photos below were taken by a solo skier we encountered on our way down, posted to the Utah Avalanche Center site. 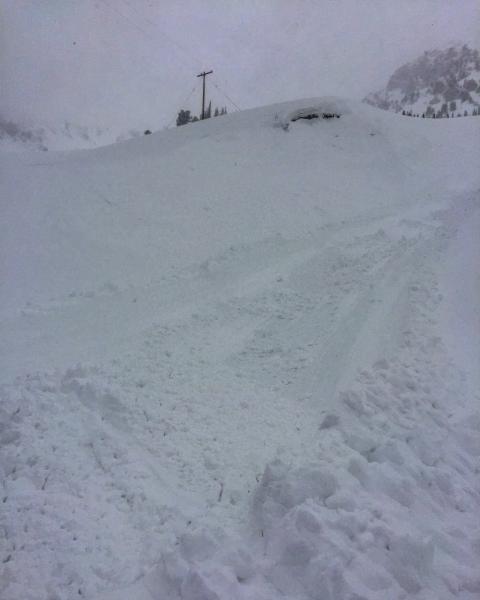 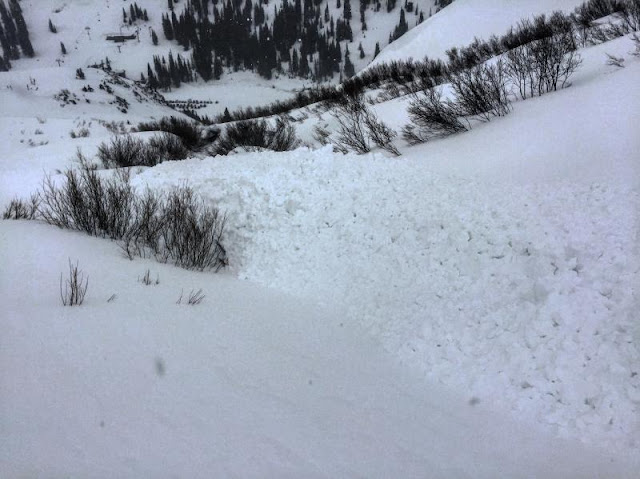 The debris pile at the toe (pictured directly above) was more than deep enough to bury someone.  The solo skier did a beacon search at both the crossing point of the skin track, where there was a small debris pile, and at the toe, which we repeated in his wake just to be sure.  Fortunately, nobody was on the skin track at the time.

A few years ago, Bruce Tremper wrote a blog for the Utah Avalanche Center that included a graph based on Swiss data showing the slope steepness for 1000 human triggered backcountry avalanches in which the slope angle was measured.  As can be seen below, human-triggered slides on slopes below 30 degrees comprise 3% of the sample (Note: This is the maximum angle of the bed surface that is 10x10 meters in size). 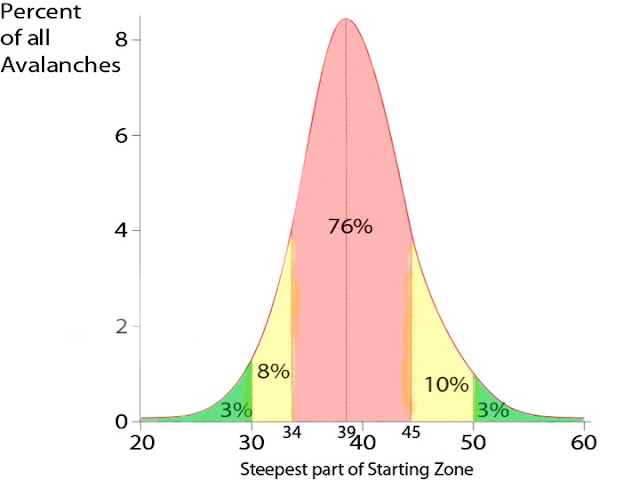 The graph above is likely a curve fit to the data, which yields a smooth graph sometimes described as a bell curve, "Gaussian", or normal distribution.  On the left and right sides of such a graph are the so called tails of the distribution.  These are events that are rare and comprise a very small percentage of human-triggered avalanches.  Avalanches on slopes less than 25 degrees are well out the long skinny tail of the distribution.  In other words, rare.

That distribution is, however, merely a statistical summary of past human-triggered avalanches.  Mother Nature does not care about statistics.  She cares about physics.  Yesterday we initiated an avalanche on a low-angle slope.  Unusual, but clearly possible based on the conditions that were present yesterday.

It is hard for humans to deal with outliers along the tails of the distribution.  Most of our experiences occur within the fat portion of the distribution.  This is true not only with regards to avalanches, but many other hazards we encounter in life.  It is very common to hear survivors of natural disasters saying things like "we've never seen a <insert phenomenon here> like this before."

Yesterday was a valuable lesson in outlier conditions outside my range of experience.  Sharing stories about experiences like this is one way to build up a knowledge base that goes beyond individual experience.  Stay safe out there.
By Jim S Posted at 4/09/2018 08:56:00 AM