It's been a lousy ski season, but if you've given up on it, you are missing out on some great skiing.

Mother Nature took pity on Wasatch skiers and delivered some great skiing.  Most of the Steenburgh group headed to the Wasatch backcountry on Friday for a Mountain Meteorology field day.  No bad luck on Friday the 13th for us.  Note the smiles. 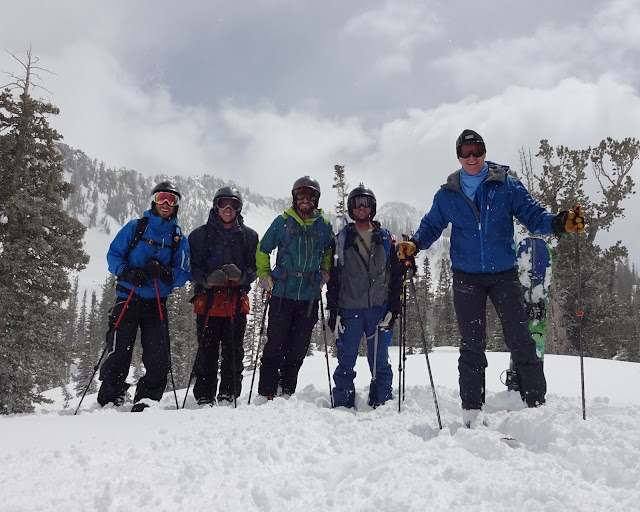 I woke up this morning with an itch to ski some groomers, which I haven't done in about two months.  Conditions at Alta were really fantastic.  The groomers were highly carveable and I even got some freshies in the Castle shortly after the rope drop.  A few clouds did nothing to spoil the day.  The sun can spoil the snow quickly in April, but before the snow softens, it's wonderful to ski with every aspect well lit, something that does not happen during the winter months. 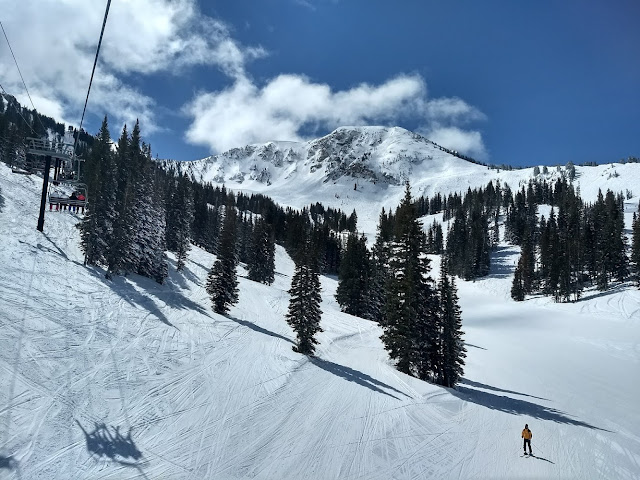 The forecast "closing day" and the Frank is looking warm and springlike, with some mid and upper-level clouds around and a breeze from the south picking up late during the day.  None of this will deter the debauchery.

The forecast for next week shows quite a roller coaster with a strong front coming in Late Monday/Monday night and another system advertised for the latter half of the week.  Right now, neither of these looks like it will produce a huge dump, but things can change.  Please Mother Nature, continue the pity party.
By Jim S Posted at 4/14/2018 05:18:00 PM