Ever since I started skiing when I was 14 years old, I became a connoisseur of road-side snow banks.  When traveling to a ski area, it was always a good sign when the snow banks were growing higher and higher as you got closer to the resort.   Good snowbanks in the Cottonwood Canyons are those that are about as high as your car when driving up the road, and its always a good sign when the snowpack seems to just spread out away from the road at nearly the same height as the top of the snowbank.  So, some years ago when I first saw pictures of what seemed to be truly amazingly high snowbanks towering over the tops of tour buses in Japan, it got my attention.


Last week while in Japan I got a chance to go indulge my passion for snowbanks while traveling on the Tateyama–Kurobe Alpine Route.  The Alpine Route is basically a one-day transect of the northern Japanese Alps via bus, multiple cable cars, a tram, and two tunnels.  This portion of the Japanese Alps rise from the sea-level plane near the port city of Toyama on the west coast of Japan to around 3000 meters over a very short distance.  The mountains are less than an hours drive from Toyama.

We started the route at the cable car station at Tateyama (475m). 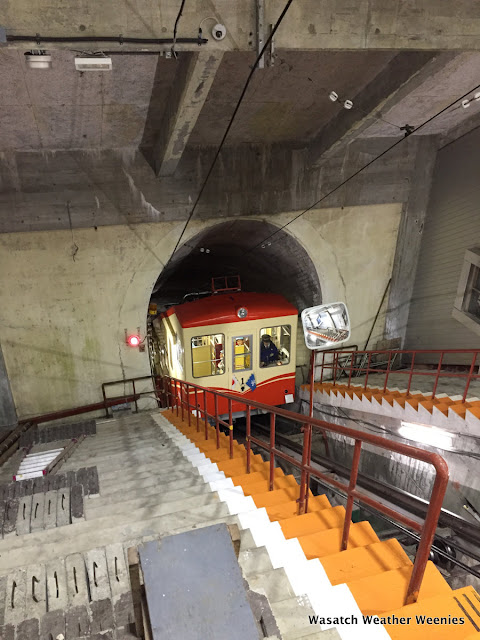 This cable car takes you to a bus at the top station (977m).  There were a few patches of snow as we started about a one-hour bus ride up through a beautiful forest of cedar trees.  It wasn’t long before there were snowbanks! 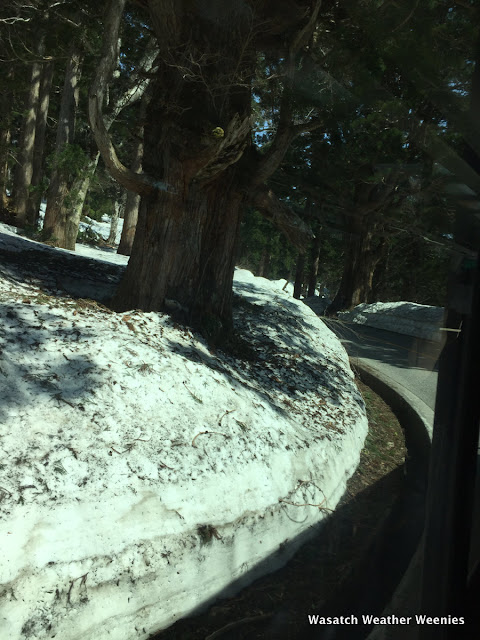 As we ascended the trees got smaller and the snowbanks got bigger and bigger. 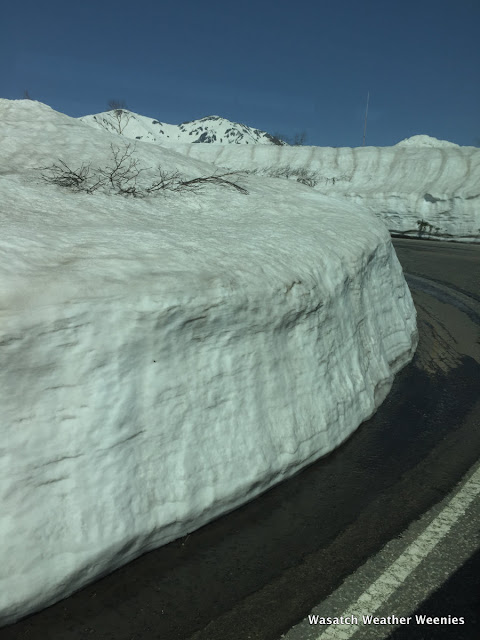 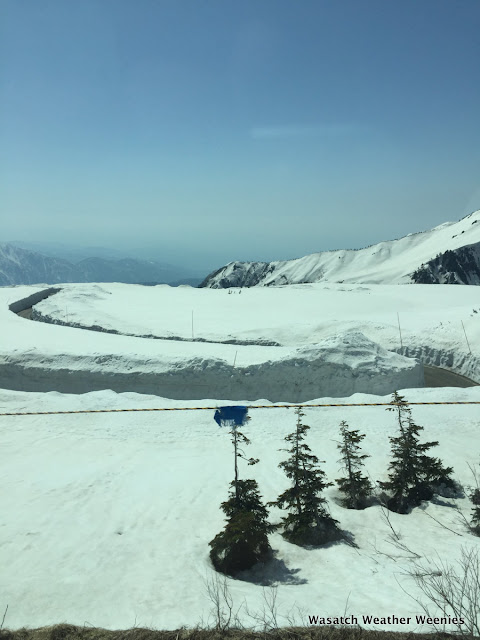 Eventually we arrived at Murodo (2450m).  I was in snowbank Heaven! 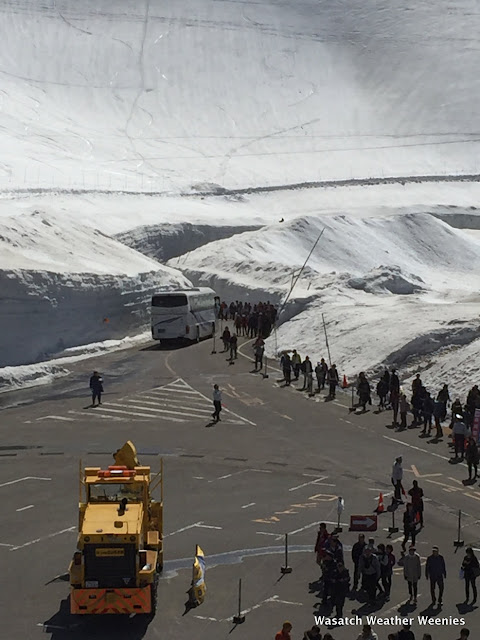 Clearing the road is no easy task.  You can read about the process here.

The Alpine Route opens each year on approximately April 15th.  We were there on April 21st.  This is not a permanent snowfield, it all melts, so if you want to see what is known as the Murodo Snow Corridor in its glory, you need to visit in the spring. 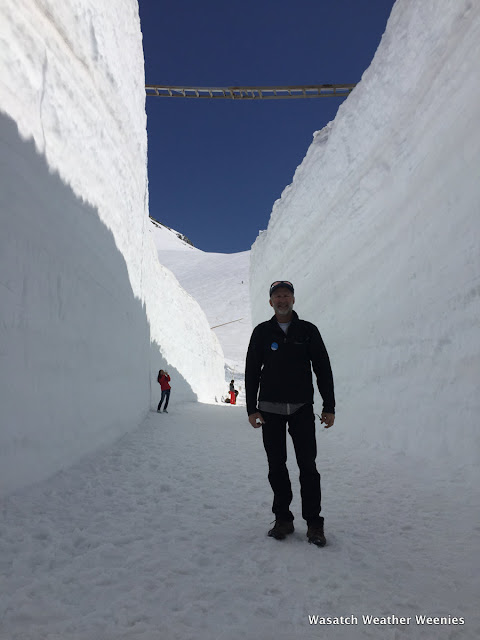 I’ve seen a lot deep snow in places with glaciers, but I think this extensive snowbank, which in places reached up to 17m (~56 feet) tall, might be a personal best for a place where all the snow melts every season.  The rest of the Alpine Route is very beautiful, but the big snowbank will be my lasting memory of the place. 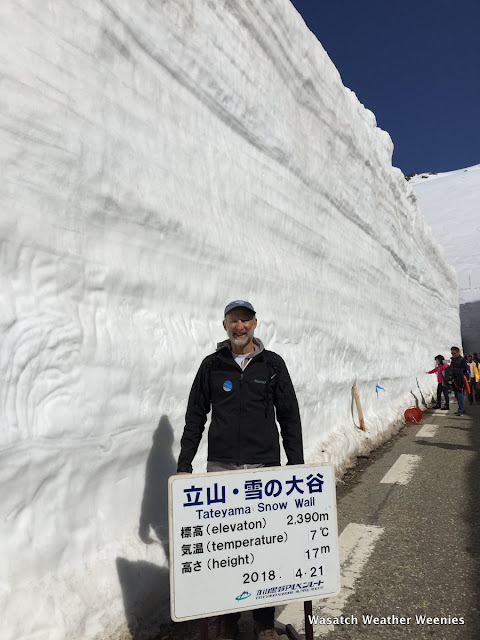